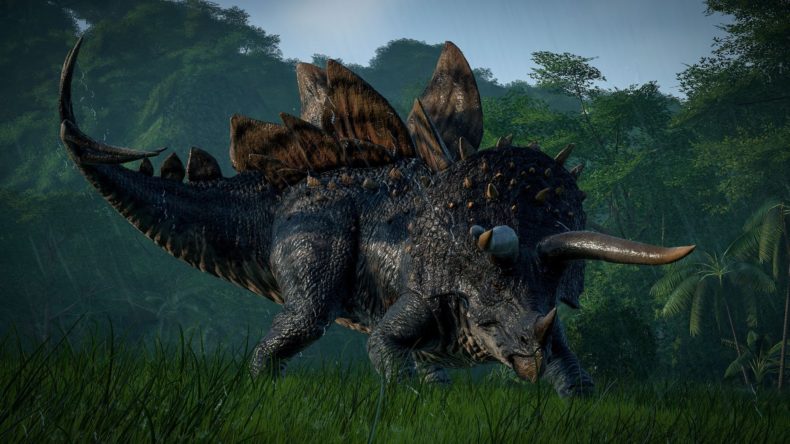 To celebrate the release of Jurassic World Evolution on Xbox Game Pass, we had the pleasure of interviewing Producer Brendon Morgan. We asked him about his thoughts on bringing it to Xbox Game Pass, the idea behind making the game in the first place, Brendon’s favourite aspects of the game, and loads more.

What are your wider thoughts on Game Pass as a service?

We are really excited to bring Jurassic World Evolution to a whole new set of players and we’re grateful that the Xbox team have allowed us to bring Jurassic to all of the Game Pass subscribers! Hopefully lots of players who’ve not yet had the chance to create their own parks or incubate their own dinosaurs can finally find out what it’s all about!

What sort of a bump did you see in player count when the game went free on Epic Games Store?

Being added to Epic Games free game promotion was really wonderful for the team here at Frontier. It’s brought Jurassic World Evolution to so many more players and it’s been great to see so many comments from new players who are enjoying the game for the first time now! Hopefully we can keep adding new players to the game so that as many people get to enjoy the feeling of being part of the Jurassic universe.

What was the catalyst for deciding to make a park builder set in the world of Jurassic Park?

Frontier has a great history with park management games with Planet Coaster and Jurassic Park is obviously one of the best known parks of all time, so it seemed like a perfect match! Universal have been really helpful though the development and it was clearly going to be a great partnership. They were very happy for us to make the game that we wanted to and supportive when it came to getting the actors on board and writing the script. It’s a relationship that we are very grateful for. 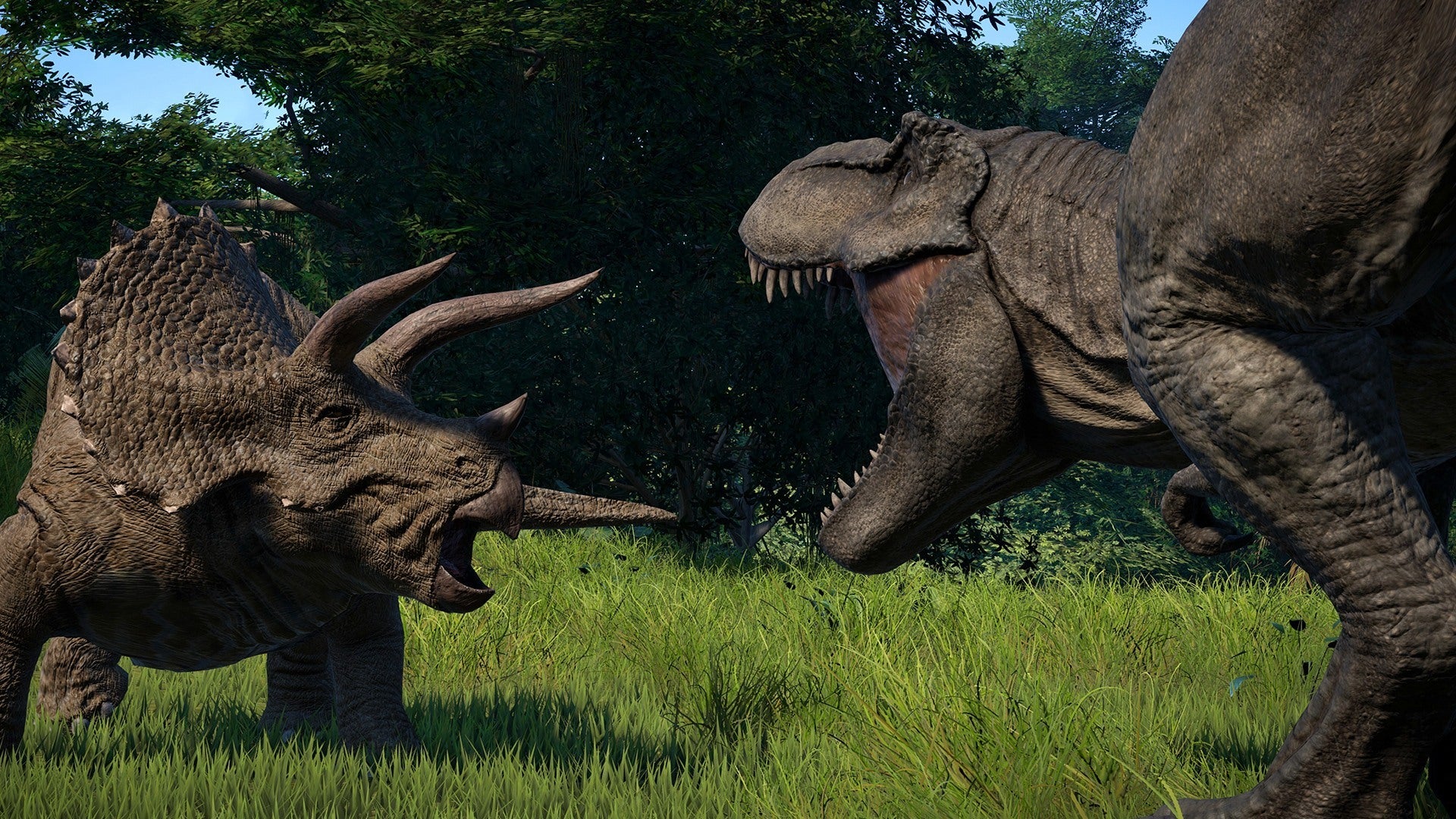 You can tell there is a lot of love for the film franchise when playing Jurassic World Evolution. Was it fun helping to create additional narrative content and choosing what dinosaurs were to be featured over the various DLC packs and original game?

Choosing the right dinosaurs was definitely tough as there are so many great dinosaurs to choose from and there were lots of opinions in the studio as everyone has their own favourites! We also took inspiration from our community and they gave a lot of input, as soon as the game was available we had fans asking for their favourites to be included and the list of potential dinosaurs was incredible.

With an IP as iconic as Jurassic World, there’s such a rich universe of content to choose from. We wanted to ensure we created a game that was always evolving and offering players new ways to play and new things to explore. There is always so much that you wish you could add into the initial release that doesn’t make the cut for one reason or another, so with each update we also had the opportunity to add some quality of life features to the base game so that the game is constantly developing.

What have been your favourite inclusions to the game since it was released, whether in the base game or various DLC packs?

I think one of my favourite things that we added after release was the day and night cycle option, this was included as a free update alongside the release of Jurassic World Evolution: Secrets of Dr. Wu and this took a lot of work to get right as we wanted it to be as realistic as possible. But seeing how it added to the game and some of the screenshots that it has allowed our community to create has really made it a worthwhile addition in retrospect.

Another feature that I really enjoy is Ranger Danger that we added as a free update alongside Jurassic World Evolution: Return to Jurassic Park. This was something that added a lot of gameplay to existing parks, as the dinosaurs were now threatened by your Ranger Teams and would attack and even incapacitate them. It means you really have to be aware of where you are sending your Ranger Teams and ensuring you are not sending them into enclosures with lots of angry dinosaurs without backup! 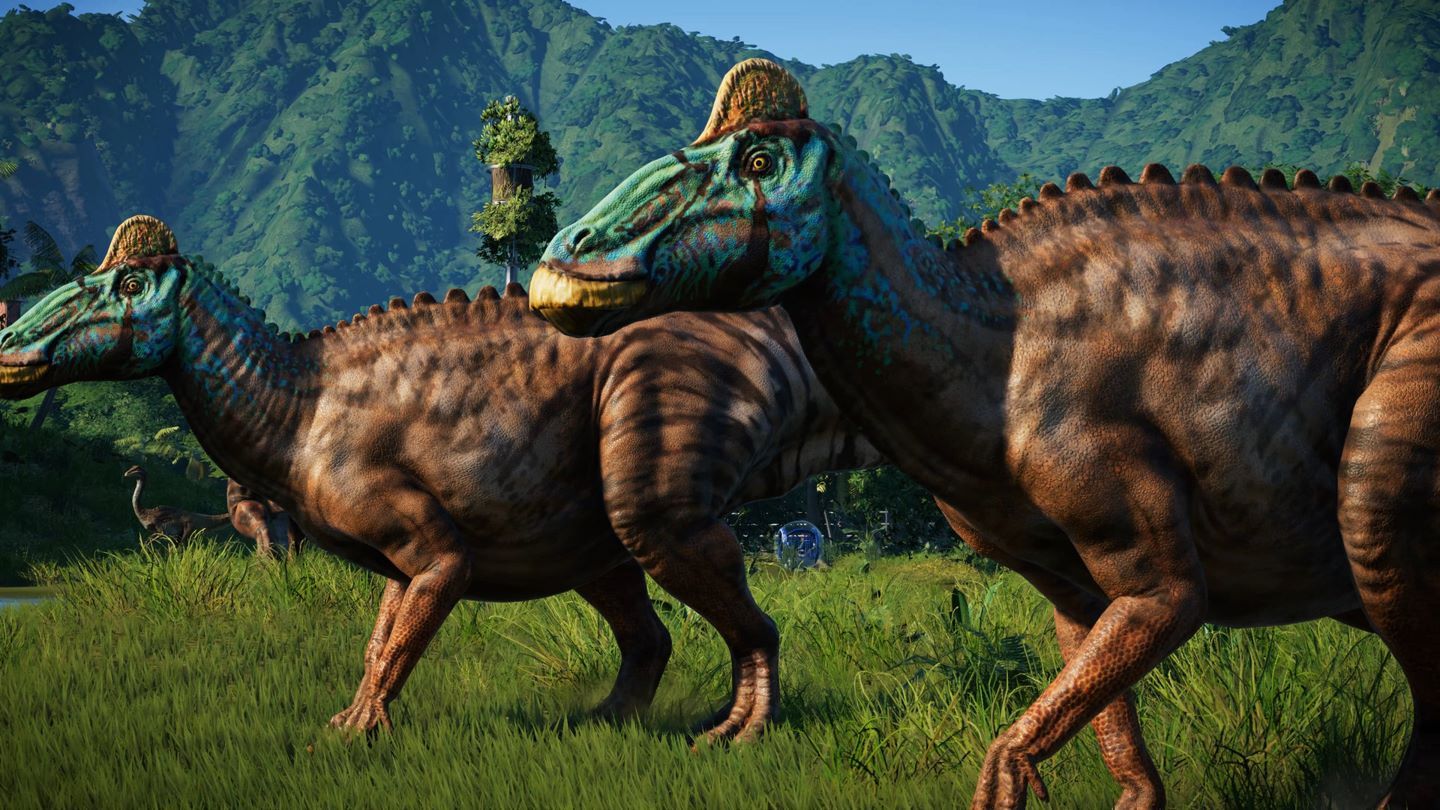 Was it always the plan to feature the original park in Jurassic World Evolution?

Returning to the original Jurassic Park was something we wanted to do but wasn’t in the scope of the original release, so we knew that giving this the proper time and thought it needed was going to be the best approach. When we released Jurassic World Evolution: Return to Jurassic Park with members of the original cast reprising their roles, it went down really well with our community, as did the addition of flying reptiles. Also being in the recording studio with Sam Neil who played Dr. Alan Grant has been a personal highlight of the project for me!

Bringing the game to Xbox Game Pass means plenty more people will get to play it. Why did you decide to offer it to the service?

It’s been a collaboration between the teams at Xbox and Frontier to bring Jurassic World Evolution to Xbox Game Pass and we are very happy that we’ve finally been able to make it happen. Xbox Game Pass is a fantastic way to let gamers who haven’t had the opportunity to play the game before experience this iconic franchise, and see the work we’ve put into the game to bring the Jurassic World experience to life. 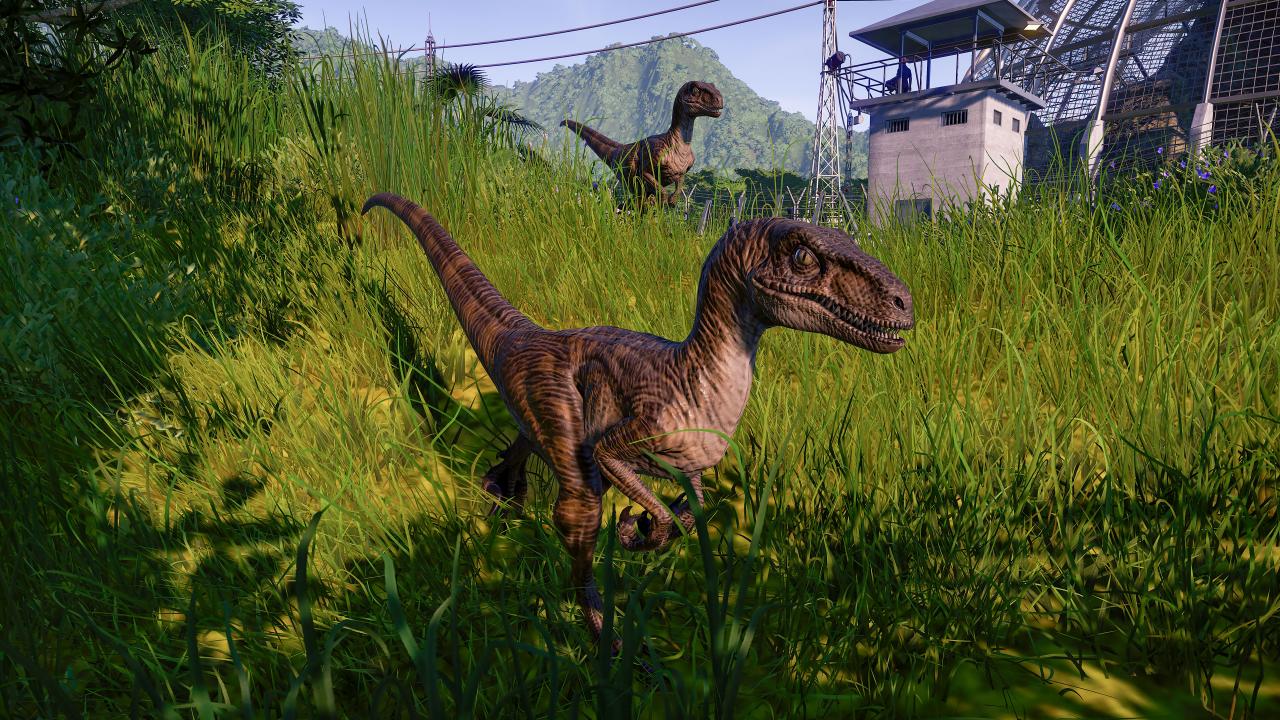 For players coming to Jurassic World Evolution for the first time thanks to Xbox Game Pass, what is the one tip you’d give them to make sure dinosaurs don’t break out and terrorise their parks?

I can pretty much guarantee that you will experience a dinosaur breaking out one way or another, so my tip is to be ready for it! Have those Asset Containment Teams on standby and be ready to send your guests into cover when the inevitable happens. Also, make sure you take heed of Dr. Ian Malcolm’s advice, he’s knowns what’ll happen all too well!

Are there any future plans for Jurassic World Evolution at all?

Our main focus at this time is on delivering a great gameplay experience with Jurassic World Evolution on the Xbox Game pass, we have nothing further to announce right now.

I think I’ve touched on this already but Dr. Alan Grant was always my favourite, I’ve always wanted to look that good in a fedora and his attitude to the whole endeavour is spot on! Favourite dinosaur has to be the velociraptor, they always seem to have such character, intelligence and you can almost see what they are thinking… and it’s almost always about food!

Video games are cool. Don't let anybody tell you any different.
MORE LIKE THIS
FrontierInterviewJurassic World Evolutionxbox game pass