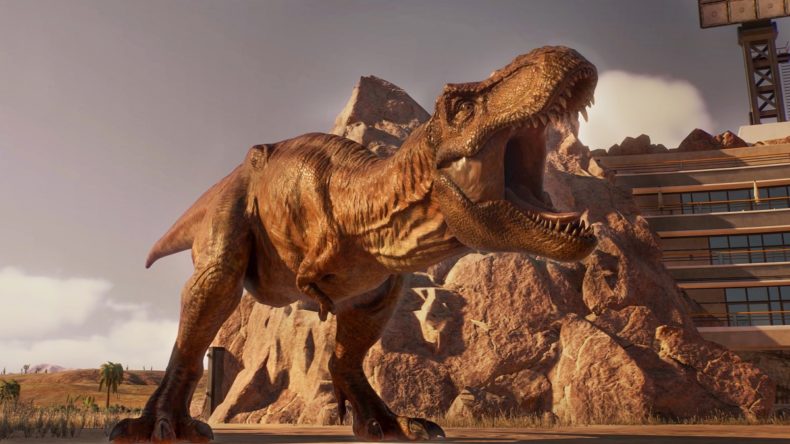 I remember being 10-years old and sat in McDonalds with my parents. It was when they were doing plastic Jurassic Park cups with cartoony images from the movie around the sides. As I scoffed my hamburger and drank my banana milkshake from said cup, my dad asked me if I’d like to go and watch it right then. We got in the car and headed to our nearest cinema, and as I sat there in awe, my life was changed forever. Jurassic Park blew me away. Even now, almost 30 years on, no film has ever come close to topping it in my eyes. I still tear up whenever I hear that music, and after playing Jurassic World Evolution 2 recently, I may have choked up once again.

CHECK THIS OUT: Podcast 456 focuses on Back 4 Blood, Tales of Arise, and Assassin’s Creed Valhalla: The Siege of Paris

Putting my adoration for the movie aside, JWE 2 is, in its current form, simply wonderful. I only played part of the first campaign mission and some of the Challenge Mode, but a lot of cool stuff has been added. Aside from these new features, seeing parks in Washington State and Canada was surreal. After the events of Jurassic World: Fallen Kingdom, dinosaurs are no longer restricted to remote islands. Although not a lot is known about the campaign, it starts in a broken up poacher ring in Washington State. From there, I had to build a helipad and control centre, along with a power generator to keep the dinosaurs safe. 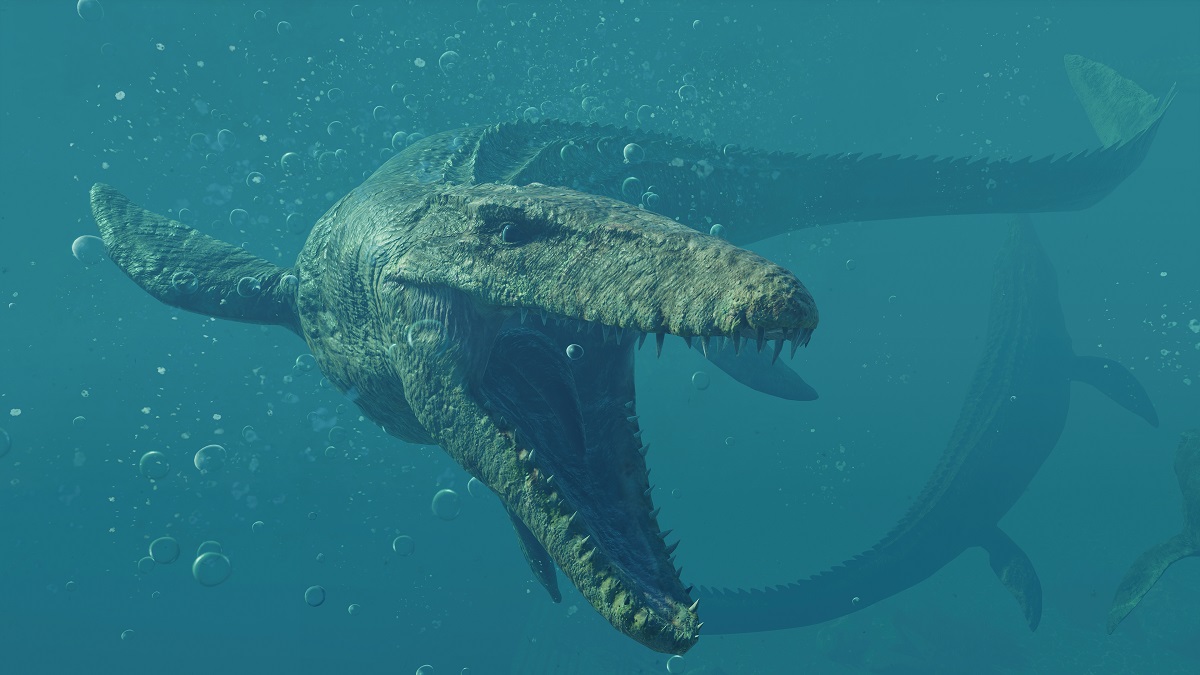 It wasn’t a particularly long part of the campaign, but it gave me an idea of what to expect. The weather plays a massive role in the dinosaurs health. The snow was falling hard. It’s going to be interesting to see how the new weather conditions impact your park’s upkeep the more you play. The best part of the preview was Challenge Mode. I got to see a lot more of the new features as I built my park from scratch. Certain goals are needed to be met as you build, like achieving a better star rating and gaining $100,000 every hour. Guests give feedback if they feel their needs aren’t being met, and taking care of dinosaurs is just as important as ever.

New dinosaurs and ways to care for them

As my time was almost up, I’d nearly gotten to see the Pterodactyl. Flying and marine dinosaurs have been added, but I never got to see them added to my park. Regardless, I was able to see how the dynamic interactions had changed since the previous game. I researched and incubated some Pentaceratops (which is what I believe they were), where you can now hatch multiple eggs at the same time instead of just the one. As all six were freed into the pen, I saw how they interacted with each other. Two of them got into a fight and became injured, forcing me to send the rangers in and administer the care they needed. 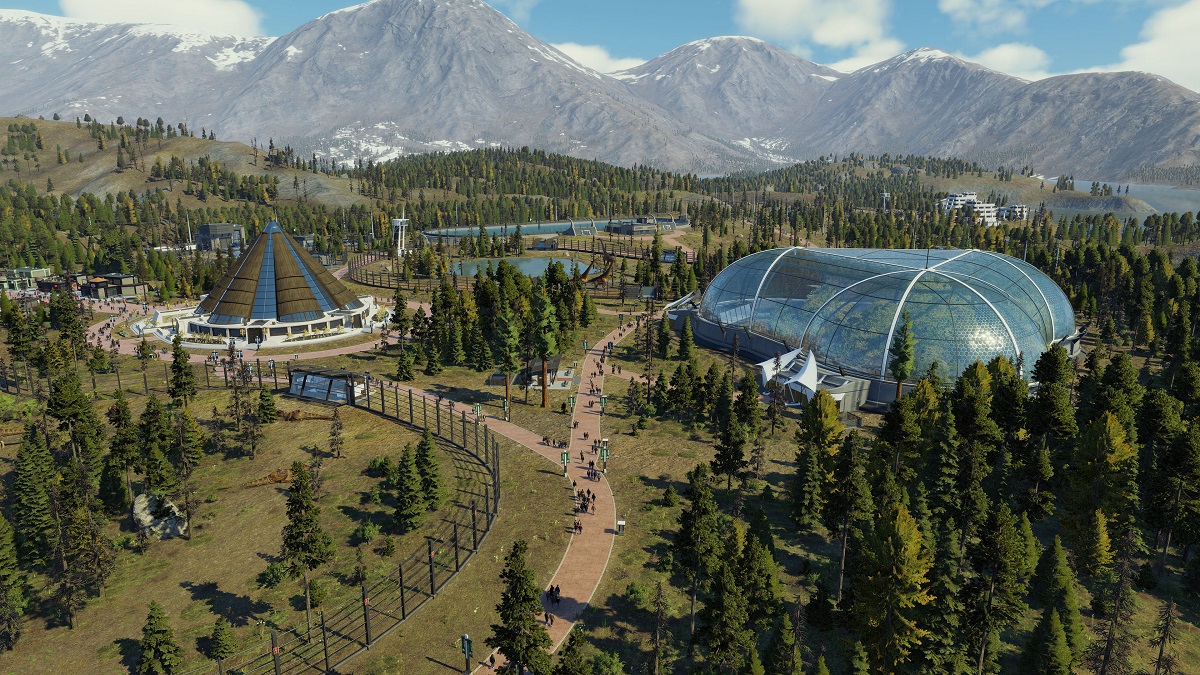 I had to make sure the right type of food was on offer. Adding ground crops or plants for dinosaurs to feed on is vital for their survival. If there isn’t enough, they may fight over what is there. Another cool new feature is the palaeobotany lab. By researching this, you add prehistoric plants to their enclosures so certain plants meet their needs. They don’t need constant attention as long as you research and build the right amount of resources, however, it always pays to check in with them frequently in case of any illnesses they may pick up, or if fighting breaks out and you need to sort it out.

Another big new feature is the Scientists. Each one you employ has a skill set specific to a different type of role. Some are better working with incubators, while others are great at manipulating dino DNA. Whatever the research you’re doing, scientists are needed to do so. Spending more on wages brings in better candidates as well. They help to build your park from humble beginnings to a thriving dinosaur enterprise. Keeping your scientists rested is something you need to keep an eye on, too. They can become grumpy if you don’t allow them to rest. If you’re not careful, this can lead them to go full-on Dennis Nedry on you, so be careful. 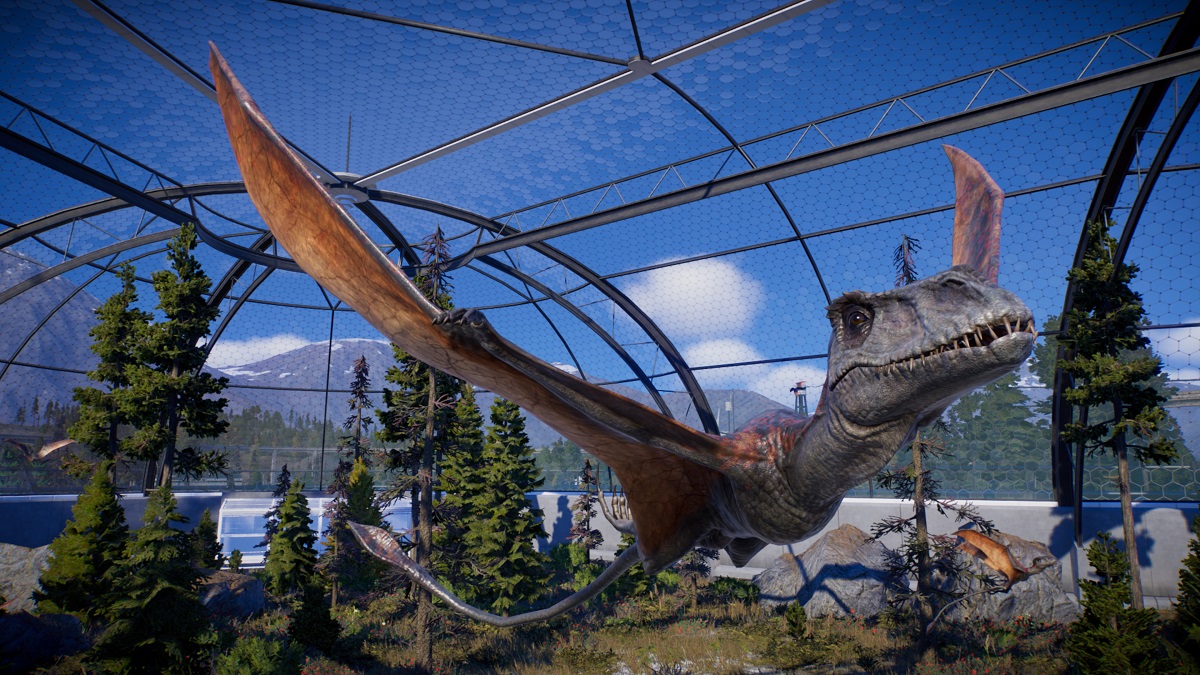 Making guests happy has always been key to bringing the money in. They are now put into four categories: general, nature, adventure, and luxury. With the new amenities, it gives you more buildings and activities to cater for each one. Saying that, having different types of visitors means that more research needs to be done to make sure they’re kept happy. Jurassic World Evolution 2 feels much more in-depth, but it is never overwhelming. By the time I was done with the preview, I had build two enclosures, multiple guest hotels and attractions, and staff housing and research buildings for my park to thrive. I had two ranger stations and an expedition network set up, and most of my scientists were kept happy.

CHECK THIS OUT: War for Wakanda brings the best Avenger into the fray

Time will tell how the main changes affect the running of your park day-to-day. Right now, though, it feels like there is lots more to do. Research follows more routes for expansion, and there’re plenty of ways to provide care for both dinosaurs and guests. I’m dreading the day when a snow or sandstorm wipes out an electric fence, or one of my star attractions gets sick, but it seems like I have plenty of tools to prepare for every eventuality. Jurassic World Evolution 2 is a more involved and exciting experience, and I can’t wait to get started.

Jurassic World Evolution 2 is coming later this year for PC, PlayStation, and Xbox

Video games are cool. Don't let anybody tell you any different.
MORE LIKE THIS
FrontierJurassic World Evolution 2