previous
Games and Bonuses: What Do Modern Online Casinos Offer?
random
next
Podcast 456: Back 4 Blood, Tales of Arise, The Siege of Paris
0 comments 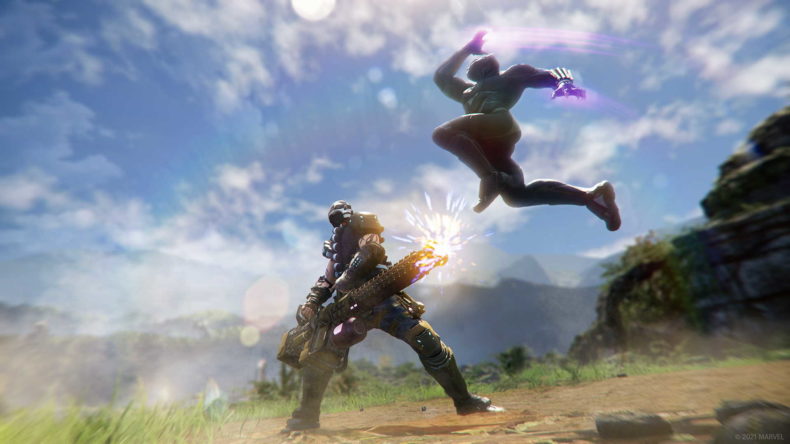 Marvel’s Avengers has been one of the weirdest releases of the last few years. The main campaign was thoroughly enjoyable, but it has taken a lot of time for the online elements to pick up. The end game content had been pretty sporadic. Once finishing Ms Marvel and the Avengers story, there was little to do to keep players coming back. Square Enix has been working hard on rectifying that. They brought Kate Bishop and Hawkeye to the line-up, but a more popular and superior hero was missing. With War for Wakanda, they’ve finally introduced one of the greatest Marvel characters to the game, and it’s looking pretty damn good. 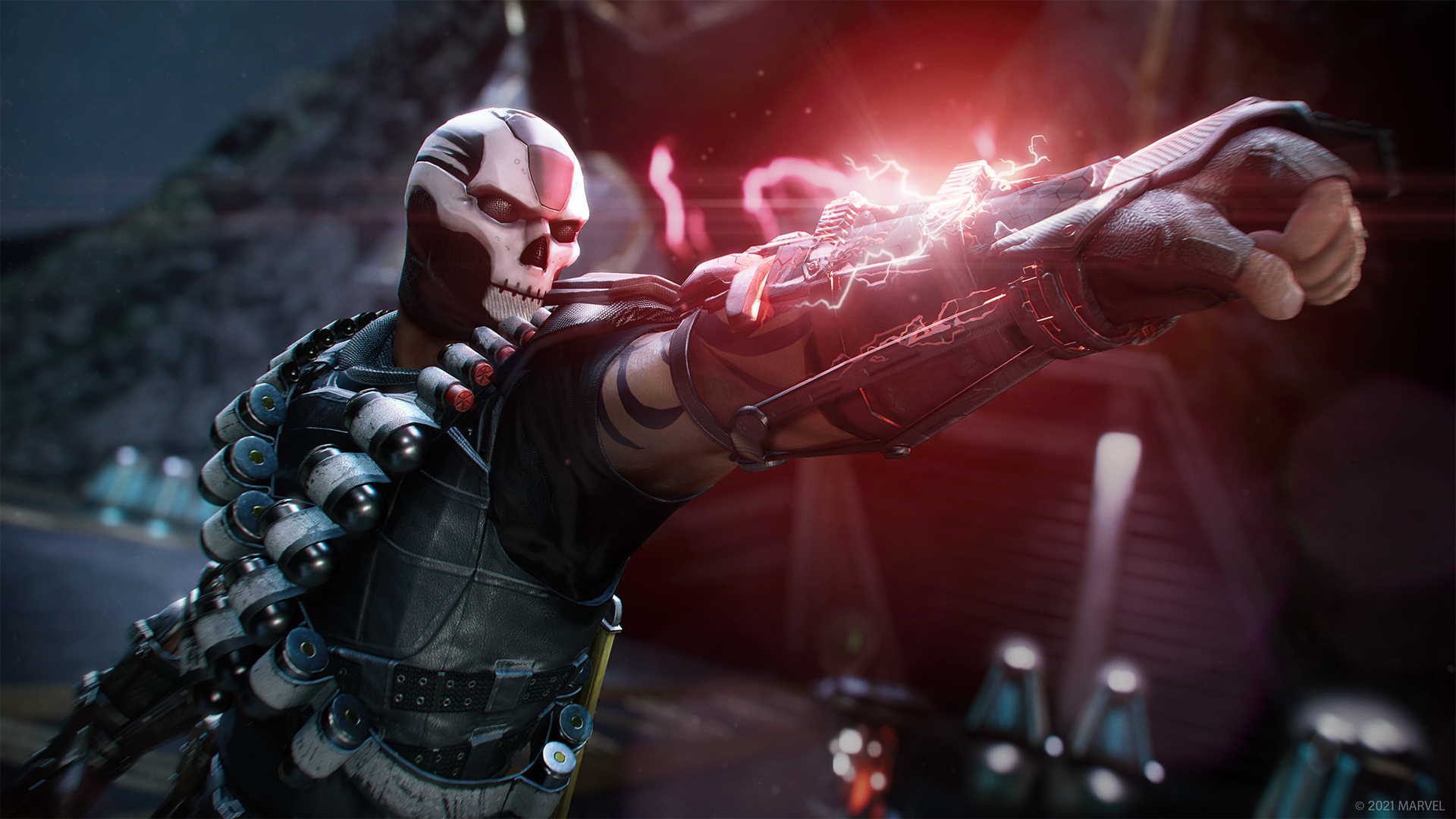 Black Panther has a vast legacy in the Marvel comics. First introduced 55 years ago, T’Challa has had some of the coolest stories, such as A Nation Under Our Feet and Enemy of the State. My personal favourite is Doomwar, just because Doctor Doom’s a bad ass, and we got to see the Prince’s sister Shuri don the cowl. Whatever arc you love, Black Panther is an icon. I recently watched a whole hour of gameplay from the War of Wakanda expansion coming to Marvel’s Avengers. While it does feel like much of the mission structure is similar, playing as T’Challa is going to be lots of fun.

One of the reasons I enjoy playing Marvel’s Avengers is the gameplay. Each hero feels unique in their own right. Captain America is by far my favourite to play as. His movement is excellent, but he utilises the shield in a multitude of ways and is incredibly agile. Seeing Black Panther wipe out Ulysses Klaue’s mercenaries, it’s clear he’s going to be an instant fan favourite. He can clear great distances with a long jump and double jump, climb walls, and even wall run when scratch marks are visible. 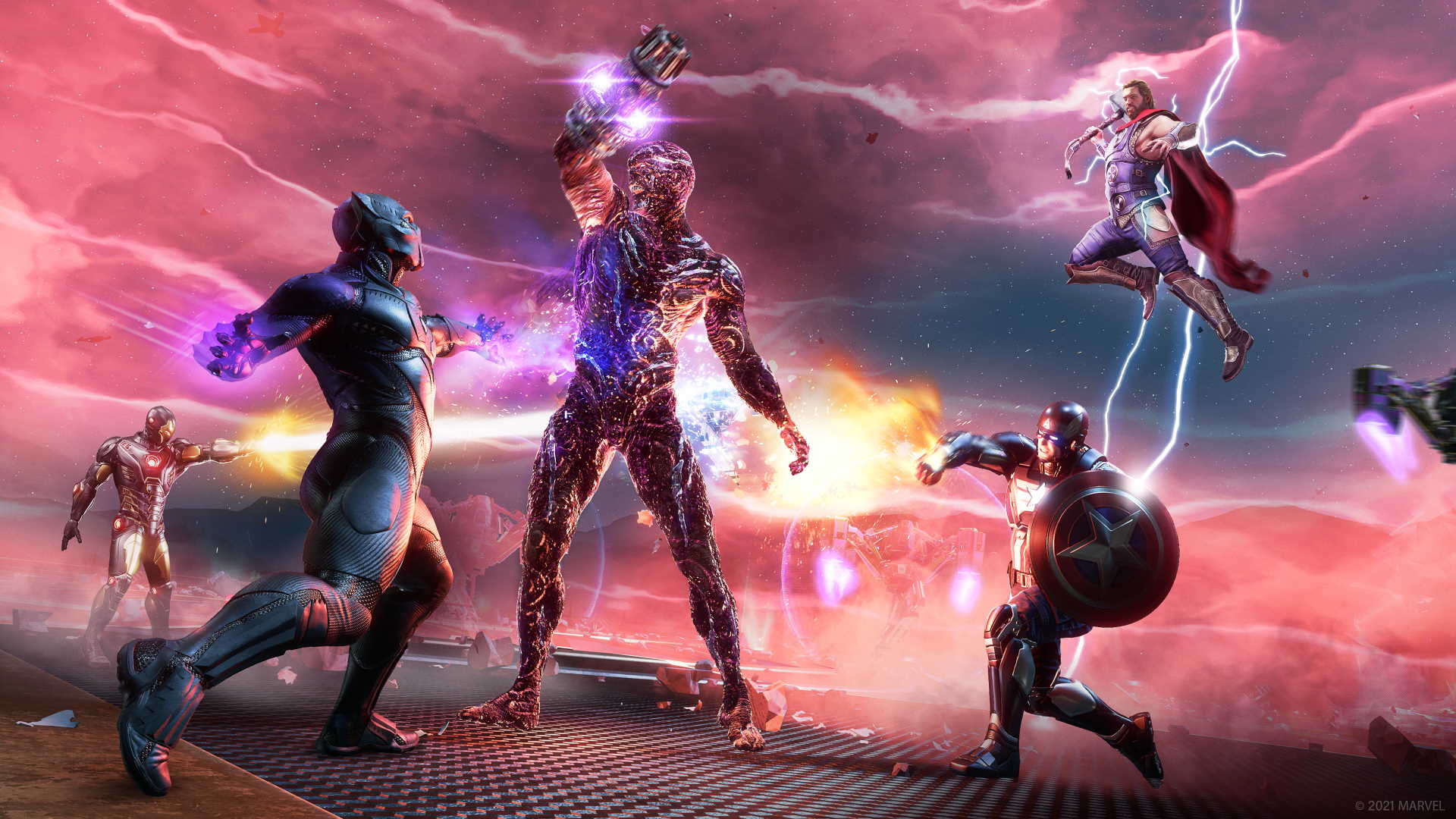 It’s his variety of moves that not only look good, but they have a wide range of options for different enemies. He can throw daggers at enemies from long range; dive onto soldiers and slash their face multiple times with his claws; whip bad guys to the ground by grabbing their head between his legs; and so much more. His Heroics are also pretty fantastic. Black Panther’s Support is called Kimoyo Beads, where he throws them at a bunch of enemies and stuns them, also lowering their impact resistance and making them easier to interupt.

The Assault Heroic is called King’s Mercy, and sees T’Challa launch a spear made up of kinetic energy. It can pin up to three enemies, and do some serious damage. Finally, the Ultimate Heroic is called Bast’s Chosen (after the Panther God that gave Bashenga and his entire lineage the power they possess). It summons Bast and provides a 20% reduction to damage, and a 10% increase in damage dealt. Like previous heroes, all abilities can be upgraded, and new attacks can be learnt. Black Panther’s skill tree is impressive. Levelling it up looks like it will provide a serious edge in battle.

CHECK THIS OUT: Tales of Arise is filled with remarkable visuals and an engaging story 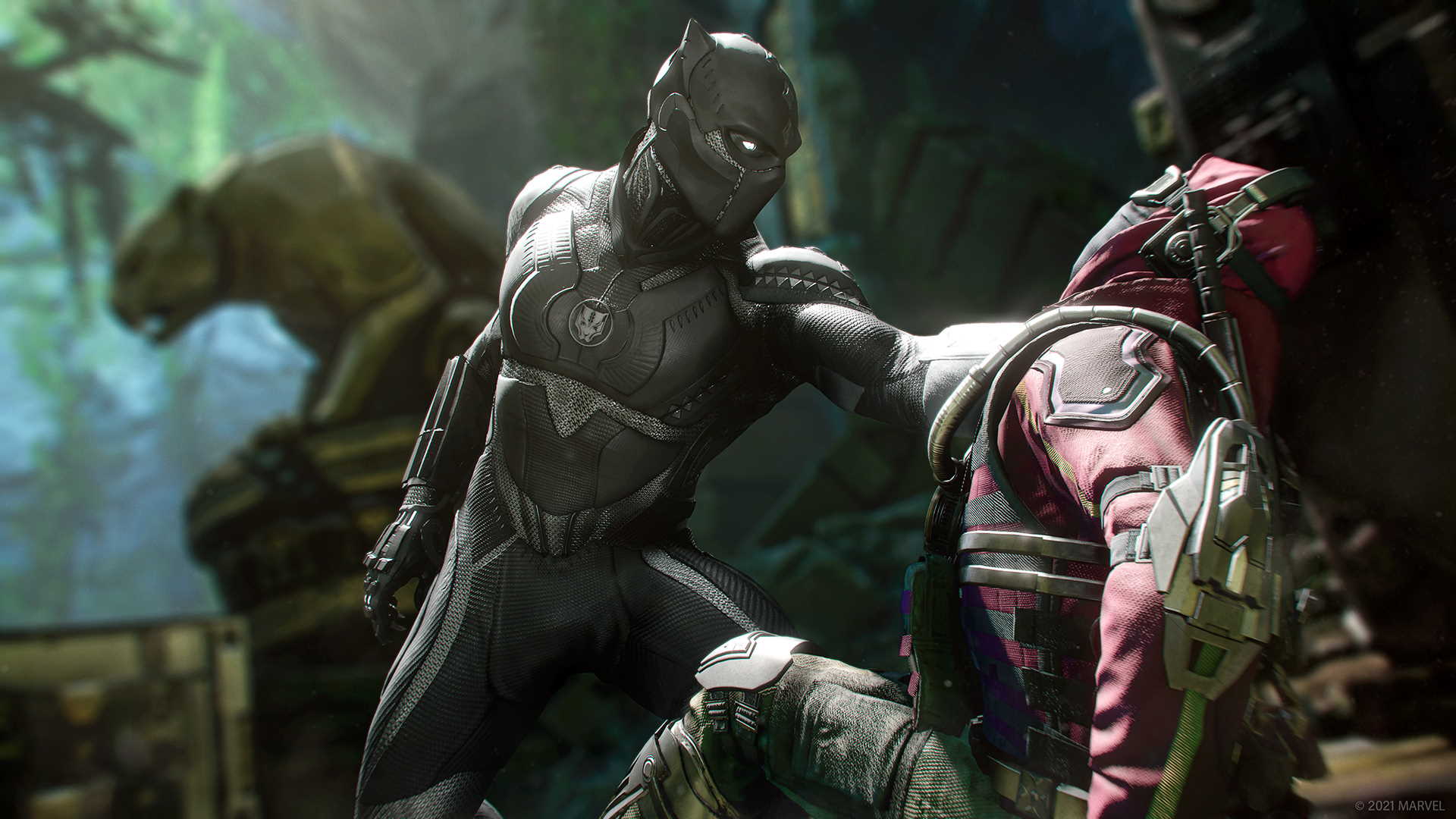 Although the combat and gameplay looks awesome, the mission structure looks very similar. Go there, destroy the things, defend the place. Whilst it’ll probably be fun doing so thanks to Black Panther’s abilities, it doesn’t quite add anything new. Wakanda looks incredible, though. The palace in the Golden City, the War Room, and the view. My God, the view. Looking across the technologically advanced utopia is gorgeous at 1080p, and I can’t wait to see it in 4K. Back to the repetition. It feels as though Square Enix is struggling to mix things up, and has gone with relying on the same formula.

This is what is likely to split the fanbase. Some players crave for new stuff to do, while others just want new characters and locations. I personally enjoy blasting through missions and beating the crap out of everything I see. I do believe Marvel’s Avengers could do with a shake up to end game content, but I wouldn’t really know what they can do now. It feels like it has been too long now to try and throw new modes in.

Marvel’s Avengers: War for Wakanda is looking great. T’Challa’s moves in battle look silky smooth, and the nation of Wakanda is stunning. It’s good to see some new villains, too. Ulysses Klaue was an obvious choice, but the cameo from Crossbones was a nice addition, and players are going to enjoy beating the hell out of him. Whether you enjoy constant fighting and the fluid movement or crave for a new challenge, I do believe it will offer it to you, if even for a few hours. The story still has a lot of legs. I hope that other big names get added over the next few years. Captain Marvel, anyone?

War for Wakanda is due for release on Tuesday 17th August 2021 on all formats.

Video games are cool. Don't let anybody tell you any different.
MORE LIKE THIS
Black PantherMarvel's Avengerssquare enixWar for Wakanda

Yakuza 5 is in the Works, Despite Apocalyptic Zombie Precursor