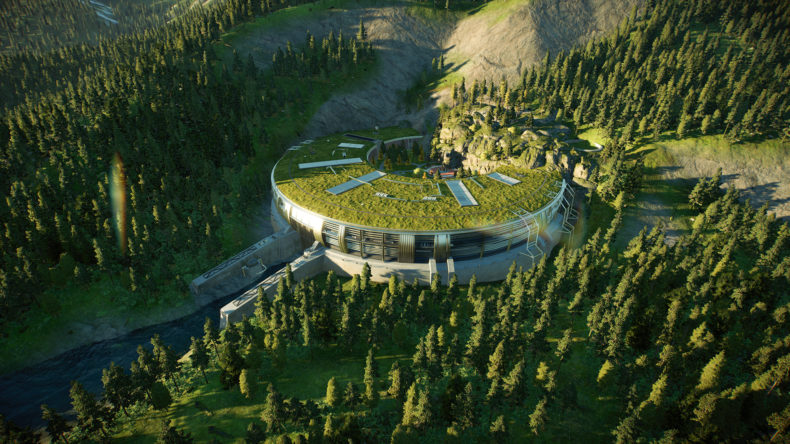 It goes without saying that in 1993, Jurassic Park revolutionised how the world saw dinosaurs, and with the impending release of the brand new movie, Jurassic World Dominion, they are once again thrust into the limelight. To coincide with the film’s release, Frontier is releasing its biggest expansion for their dino park builder yet. I was fortunate enough to play through some of the new campaign, and in the few hours I spent with it, there’re a lot of interesting new additions. The Jurassic World Evolution 2: Dominion Biosyn Expansion introduces new technology, science, and species to make it feel more than just a cash-in to one of the most successful franchises in history.

The intro to the campaign does a fantastic job of teasing the plot without giving anything away, highlighting how Dennis Nedry’s pie-buying associate Lewis Dodgson is likely going to play a key role in Dominion. If you recall, he’s the man in the red polo shirt that provides Nedry with the Barbasol canister in the original film. While he never got his hands on those dinosaur embryos, he’s clearly been hard at work over the last 30 years to turn his company Biosyn into a worthy successor to John Hammond’s InGen. The thing is, I don’t trust him at all. Despite his shady nature, Biosyn is the sole focus of the expansion, and you’ll listen to Dodgson’s ramblings as you build the park with his vision at the forefront. 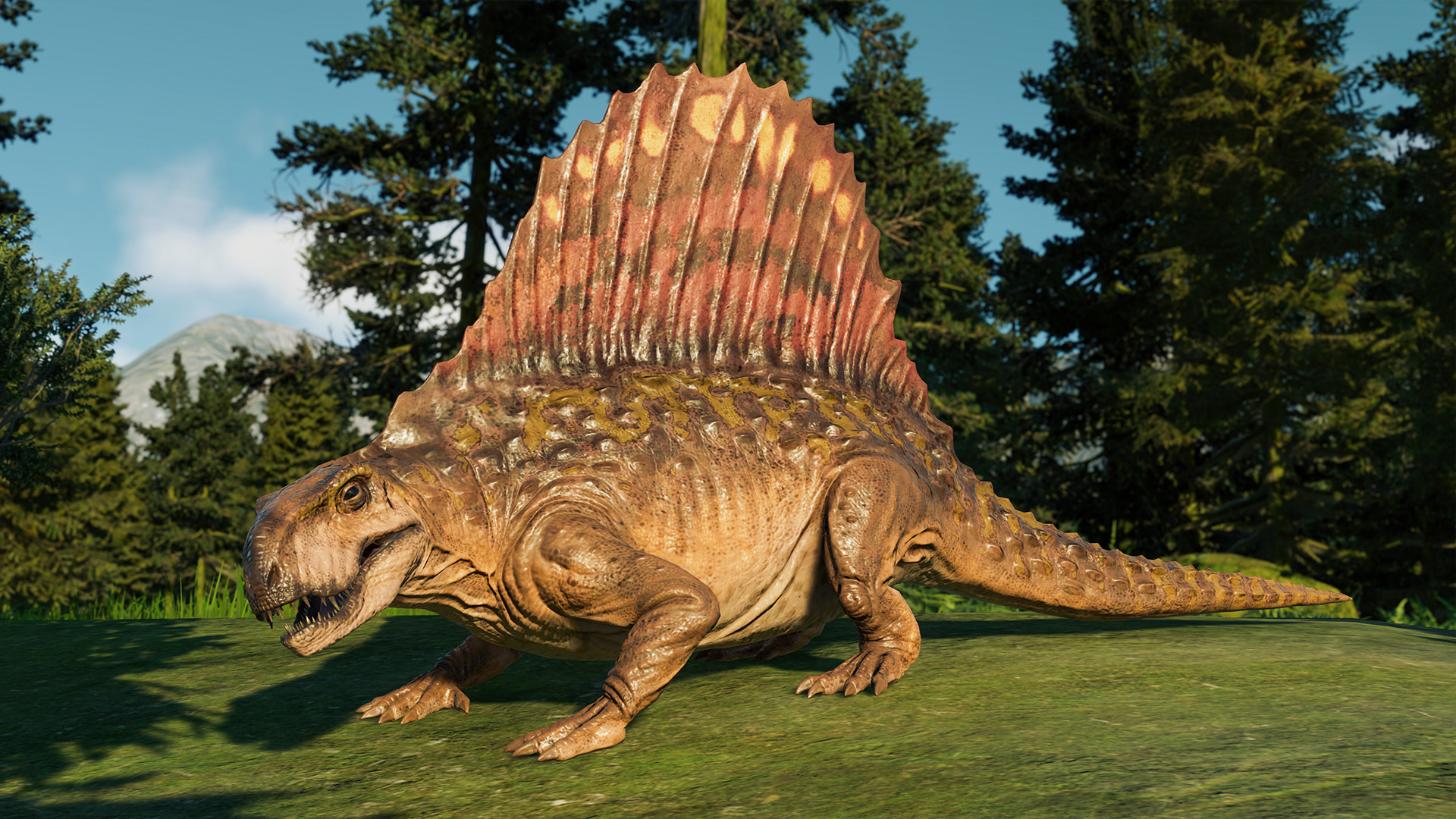 Some of the coolest additions to the technology on offer are the invisible fences. Enclosures are easily viewable from the ground, letting visitors see the dinosaurs without any obstructions and bringing them closer to nature than ever before. As a player, this also helps when controlling your rangers as it’s easier to see where sick dinos are in their habitat. Elsewhere, the new research outposts stand much higher above ground, giving scientists a better view of the compound. This cutting edge technology is not only efficient, but it looks so much cooler. You have to hand it to Dodgson and Biosyn, even if I trust them as far as I can throw them.

Everything else players of the main game are used to are here, however, the Jurassic World Evolution 2: Dominion Biosyn Expansion incorporates them into the almost futuristic design of Biosyn. Everything looks so sharp, and when you factor in the brand new Hyper Loop transport system, you can see where the money has been well spent. Under the grounds of the sanctuary, a web of tunnels interconnect to help workers get from one building to the next without the risk of being eaten alive. It’s straightforward enough to build, once again highlighting the kind of money Biosyn are working with.

Jurassic World Evolution 2: Dominion Biosyn brings a brand new way to extract dino DNA in the form of Amber Mines. These mines lie right underneath Biosyn Valley, the location of where the new campaign is set. The more your research improves, the further down you go, and it works in a similar vein to travelling the world in the base game. Scientists will choose a specific location within the mine, find the amber, then take it back to the laboratory to turn into living, breathing dinosaurs. It doesn’t feel drastically different, but it fits with the modern science Biosyn are employing in the campaign. 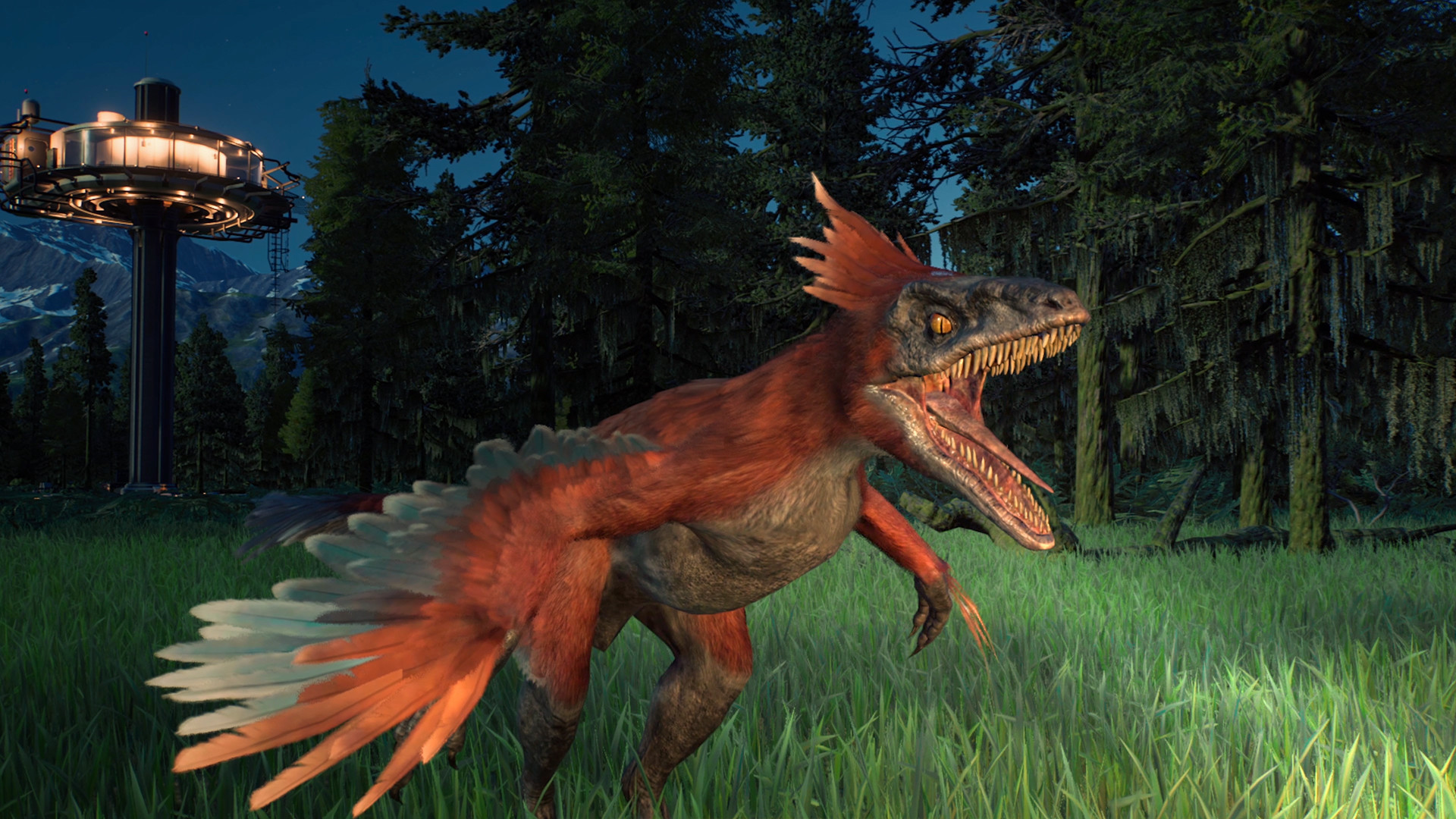 Despite getting some decent time with the expansion, I didn’t get to see a lot of the new dinosaurs. As my time ran out, I had just developed the opportunity to synthesise the Pyroraptor, and if you’ve seen the movie trailer, you’ll know just how terrifying they look. Much like the Velociraptor, they are pack-hunting carnivores, with long feathers and huge claws. Despite being so close to unleashing the Pyroraptor, I did get to create one of my favourites as a child and a species not seen until now. The Dimetrodon is one of the oldest prehistoric reptiles to have ever walked the planet, dating back to well over 250 million years ago. While not technically a dinosaur, it was still incredible letting a pack of them lose into one of the enclosures.

Despite not seeing everything the Jurassic World Evolution 2: Dominion Biosyn Expansion has to offer, I loved what Frontier has done to not only add plenty of cool new features, but to tie it closely to the new movie without giving anything away. The promise of a new Chaos Theory based on Dominion, and some of the original voice cast returning for the game (Sam Neil and Laura Dern), there’s a lot to look forward to if you’re a big Jurassic Park nerd like me. The expansion pushes the visuals to look better than they ever have, with some wonderful music to accompany you as you play God for one final time.

Video games are cool. Don't let anybody tell you any different.
MORE LIKE THIS
FrontierJurassic World Evolution 2