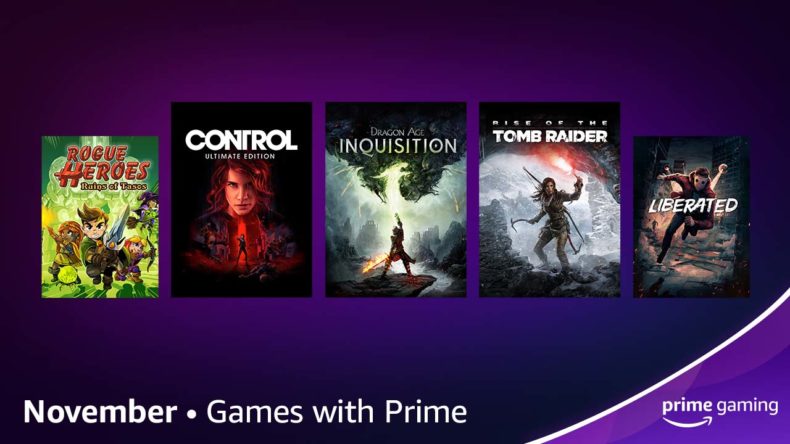 In case you weren’t aware, Prime Gaming is basically the combination of Twitch and Amazon, as the massive company has owned the other massive company since 2014, after paying nearly a billion dollars for it.

If that’s breaking news to you, well this might blow your mind: every month Prime Gaming gives away loads of freebies just for linking your accounts up. For example, right now there are New World goodies to get, and you just need to log in to Amazon, then link your Steam account, and hey ho, that’s you wearing a pirate themed skin in the best new MMO I’ve played in ages.

To check the stuff that’s available right now, you can just go to this link. But for November? Well, we’ve got a massive list of new freebies coming our way. Seriously, there’s so much I’m just going to paste the list Amazon sent over to us, which even has links to the content itself. Ready? Here we go…

It’s not just addons, as you’ll see. There are entire games available for free. If you haven’t played Control, yet, you’re gonna be a happy camper!

Exhausted? Me too, but there’s more somehow, as Prime Gaming and Riot have teamed up for a long-term deal to make Riot’s game better for Amazon Prime members through exclusive-in-game content.

Prime members will have an opportunity to claim the following exciting new offers:

That’s it, I need to go for a lie-down. Keep your eyes on this link to stay up to date. Phew.

Editor-in-Chief.
MORE LIKE THIS
Call of DutyControlDragon Age InquisitionFall Guys