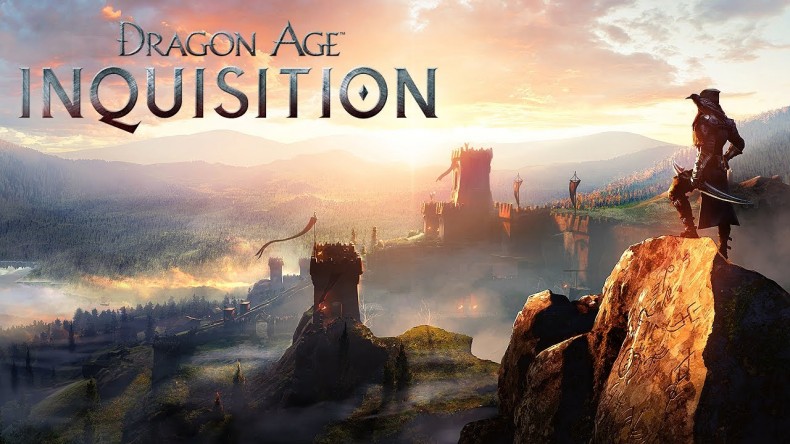 Time makes fools of us all, or so they say, the obvious connotation being that no matter how great and powerful we may be in our prime, eventually we’ll be sat in a chair somewhere playing chequers and trying not to soil ourselves while we wait for that last long coach trip to the sky. It seems, also, that no one and nothing is safe from the relentless ravages of time – even video games are eventually laid low by the merciless ticking of the clock.

BioWare’s Dragon Age franchise is a case in point. Origins and its sequel (the less excitingly named Dragon Age II) were arguably dated years ago, but are remembered as fondly as any game released from the Canadian developer’s fold. Fair enough, DAII wasn’t as widely loved, but it was still a deep, involving, lovingly-crafted RPG. Unfortunately, during the making of Dragon Age: Inquisition, the devs seem to have lost focus on more than one occasion and forgotten which year we’re in.

That old BioWare magic is still in there, but it comes at a price now, and must be bartered for with a willingness to leave one foot in the past and live with some slightly odd design choices. You see, despite flashes of true quality and a general air of confident swagger, very little in Inquisition feels new or fresh. The story picks up not long after the end of DA2, with lovable dwarf Varrick still a captive of Chantry Seeker Cassandra. The Grey Wardens are scattered, the Hero of Denerim and the Champion of Kirkwall are missing, and a phenomenon known as the Breach is causing rifts between Thedas and the Fade, allowing bloodthirsty demons to assault the kingdoms of Ferelden and Orlais. Your character is a prisoner recently spewed from such a rift and accused of murdering the Most Holy Divine (Dragon Age’s version of Mother Teresa). As luck would have it, a glowing mark on your palm can seal the rifts – so guess who gets busted out of jail and immediately declared saviour, leader and all-round hero?

Given what we’ve seen BioWare produce in the past, the story isn’t particularly amazing, but as usual, what they do within the framework of the greater narrative is exceptional. Orbiting the resurrection of the ancient Inquisition (the order that once kept peace before the emergence of the Templars), the many-splintered plot sees you travelling a huge open world to strengthen the order, establish outposts, close rifts, and maintain political relations. A combination of global strategy, tactical action, and button-mashing immediacy, the minute-to-minute gameplay is fun, compelling and packed with content. Anyone who complained that the previous games were strangely empty will be silenced here: Inquisition is piled high with things to do. After crafting your hero from four races (human, dwarf, elf and qunari) and choosing a class (warrior, rogue or mage) you enter the world in the thick of it. Within the first hour you’ll have a fledgling party that ticks all the immediately necessary boxes, and you’ll have a chance to get to grips with your chosen profession as you head out to close your first Breach, a multiple-wave battle culminating in a fight with a greater Fade demon. Cleverly, BioWare have returned to the more strategic group combat of Origins, reinstating a tactical pause and allowing you to issue individual orders as well as set battlefield behaviour for your AI companions. In this mode, holding the right trigger will advance time, meaning you need only release your grip to freeze again if it starts to go Pete Tong.

While it’s nice to see a return to what we loved about Origins, the combat isn’t quite there. Controlling the characters feels a little floaty and imprecise, and the tactical pause presents a top-down view that can be tricky to get used to. It’s easy to lose track of which character is doing what, and with only limited curative potions and no immediate healing magic for any class, you may find yourself overwhelmed in the tougher fights, requiring a change of tactics.

Luckily the checkpoints are fair, and you can save your game wherever you like outside of combat. Sadly, you can’t switch gear mid-fight for some reason, so if you’ve got a rogue who can use both daggers and a bow, you can’t change as the moment dictates. It’s probably the most mind-boggling decision in the game, and one that restricts the combat to the point of frustration. It feels old-fashioned and combines with the generally dated nature of the pause-and-play combat to make Inquisition seem somehow out-of-whack. BioWare struck gold with the combat in Origins several years ago, but then lost fans over the radical overhaul in Dragon Age II, and as a result seem to have been left unsure and lacking direction for Inquisition. Thankfully, there’s more to the third game than hitting things with stuff, and the vast open world has some enticing hooks, even if it is occasionally overwhelming and infuriatingly repetitious. BioWare love their menus, which certainly don’t help simplify a sometimes convoluted world-management system, but on the whole it’s an involving exercise to visit the War Room and plan your strategies. Ignoring the fact that your only qualification for being named saviour is apparently a question of blind luck, your allies seem happy to bow to your every command.

A small cast of advisors are rushed into the plot with little explanation (aside Leliana, who is present canonically but may be absent depending on your imported choices) and are then yours to command. In-between harvesting crafting materials in the field to upgrade the Inquisition army, you can send your three advisors (a noblewoman, a Templar and Leliana) to settle disputes and rally support, while at the same sending scouts to open up new areas for you to explore in person. Relationships are integral again, as your companions and advisors will judge your every action, leading to feuds and romances and life-long friendships – which is the kind of emotional baggage no one needs while trying to save the world. Each new area you explore is brimming with possibilities. On my first trip out I spent three hours exploring and completing side-quests before I realised that the main plot required me to return to base and talk to my advisors. Between finding unexplained collectibles, establishing camps for fast travel and claiming landmarks on behalf of the Inquisition, I found time to hunt meat, gather materials to upgrade my gear, close a few rifts and stop a bandit incursion. There’s an effortless pace to it all, but the sprawling maps (peppered with things to find) can feel daunting at first, and unfortunately, it does start to become slightly tiresome when you realise that the side-quests only come in half a dozen or so flavours. The new mount comes in handy for getting around, but while it steers like a horse in Skyrim, you can’t fight or gather ingredients from horseback.

A massive crafting system encompassing gear, potions, grenades and traps initially feels confusing, but soon you’ll be mentally tallying up the materials you gather as you travel, which is testament to how well it eventually all comes together. Likewise, pleasing your allies can be a maddening juggling act at times to prevent them walking out, challenging you or ending up dead. If there’s one thing BioWare can do, it’s present palpable, significant choices – even if at times you feel almost snowed under by people deferring to you. Decisions are great, but sometimes you want people to use some initiative. Keeping track of your choices is almost impossible, and now and then I found myself making arbitrary decisions (especially in the War Room) just to move things along.

Oddly, there’s no questionnaire or interrogation at the start to import your choices from previous games. Instead you have to either play to the canon or use Dragon Age Keep, a browser game linked to your EA Origin account, to continue in your own story. It’s disappointing, as it should have been an easy thing to implement (indeed, BioWare have done it previously in both the Dragon Age and Mass Effect franchises). That said, at least there’s an option at all, which is something. A mostly beautiful adventure is let down at times by janky character animations, iffy lip-syncing, and the weird “rooted-to-the-spot” conversation that BioWare love so much. In-engine cutscenes take on a fuzzy, grainy look, and noticeable slowdown can creep into the bigger fights, themselves hampered by too many screen-stealing special effects. By contrast, the world feels more alive this time round, with highly-populated towns, a wilderness filled with wildlife and unexpected threats like demons and dragons popping up to ruin your day.

On the whole, Inquisition was worth the wait if you’re an unwavering fan of the series. The tactical combat and stunted conversation animations conspire to make the third game feel like the first, and not necessarily in a good way, but you really can’t knock the breadth of scope here. Mountains of content and a ton of replayability make Inquisition undeniable value for money for any RPG fan, but at times there’s arguably too much going on, which leads to a lack of focus, a certain amount of uninspired filler and a feeling that, generally, it’s all been a little bit overstretched.

There’s no denying that Dragon Age: Inquisition is a good game, but people expecting true greatness will be slightly disappointed. A worthy offering and an improvement over Dragon Age II, Inquisition nevertheless plays it too safe, and relies too heavily on Origins’ better elements to succeed. Still, if you’re looking for a vast, complex, multi-branching, old school RPG epic, there’s currently nothing else on next-gen consoles to top it.

Massive world stuffed with content
Loads of choices and depth
Morrigan is back!

A solid, old-school RPG that loses its way occasionally, but still delivers a vast, engaging adventure - and a compelling reason to return to Thedas.