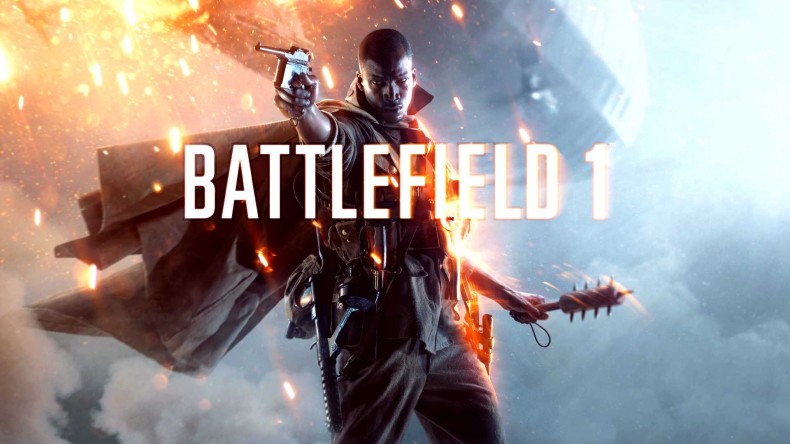 World War One was one of the most brutal wars in humanity’s existence, causing over sixteen million deaths and devastation on a global scale, both on the battlefield and in everyday towns and cities. It saw the beginning of huge technological advancements in how artillery and armoured vehicles were built and used, instigating huge improvements to military tactics whilst providing their fair share of problems as well. Knowing EA were going to tackle such a horrific period worried me slightly; were they going to be able to tackle it in the correct way without glorifying it, and can they make sure it’s as authentic as it can possibly be?

Battlefield 1’s single player is among the best I’ve seen in a video game and not just a FPS; it gets absolutely everything right, from the variety of missions and combat to the deeply personal and powerful stories it tells. There are 5 main missions (called War Stories) and a prologue, providing completely separate tales and showcasing the best of what Battlefield 1 has to offer. In the first mission, you spend a majority of time playing as a chauffeur-turned tank driver, maintaining the integrity of the tank and the men inside whilst trying to escape the overwhelming presence of the Germans. You get to drive the tank, recon enemy camps and sneak past soldiers in an empty town, looking for spark plugs for Black Bess. In this one mission alone there’s a wide range of tactics you need to employ; do you go in guns blazing, never fire a bullet or find a tall tower to snipe enemy soldiers from on high? This happens in each mission and they are structured incredibly well. One minute you’re trying to gun down waves of incoming soldiers and the next you’re sneaking around enemy encampments looking for a commander to assassinate. You’re tested in many different ways, and you get to try out so many different ways to attack, including dogfights and shooting on horseback. One of the greatest missions is set in the Arabian desert, learning about the legend of Lawrence of Arabia and the Bedouin rebels. The final mission is about as intense as it gets, and it shows off just how much effort has been put into the single player this year.

I think the most amazing thing in Battlefield 1 is the way you feel connected to every single character. When some games feature multiple stories, there’s usually one that suffers from a weaker script, but honestly, each story blew my mind. From the powerful end scene in the tank featuring Edwards and his captain to the tender moments from Luca Vicenzo Cocchiola as he recalls the search for his brother years after the war, never does a tale lose its poignancy or its message. DICE don’t focus on the horror, even though it’s present throughout. Instead, you learn about unity, friendship and respect between these men, between these soldiers and how much they were willing to do for their fellow man. I occasionally had a lump in my throat, seeing these stories and knowing they were all based on real events – it’s hauntingly beautiful. Visually, Battlefield 1 is incredible. I’ve seen some phenomenal games on the current gen, but nothing quite as spectacular as this. The amount of detail in each environment is astonishing; the fight from Clyde Blackburn’s story takes place in the sky and sees you flying through orange clouds and showers of bullets, blowing up two massive airships. So much detail has been packed in and the framerate never drops. So much is going on in each environment, and as beautiful as it can sometimes be, there is plenty of dirt, blood and death surrounding you, making it tough to cope with. At the end of the prologue mission, you see so many burnt, bloody and broken bodies scattered around you it’s hard to look at, but it should be that way. We should know this happened, that this was how it was and how much these people sacrificed themselves for a better future, a future they believed in.

The authenticity of the weaponry, tanks, aircraft and explosives is spot on, with rifles taking a while to reload, cannons taking a while to load back up and tanks being slower and not as reliable as they are now; this provides a surprisingly tough difficulty even on normal, but it keeps you on your toes and forces you to think like a soldier. It feels very slow and very intense, never rushing or making warfare feel like a game. You are meant to watch every bullet rip through the body of an enemy and watch every bayonet puncture a man’s heart, each reload taking longer and giving you a chance to watch the eyes of the man you killed glaze over, helping your actions in battle sink in.

The multiplayer seems to have taken everything that made the pace and variety of Battlefield 4 so great and improved on it. In many of the maps, you’ll see a hundred different things happening around you at any one time, but never witnessing a dip in framerate or any performance issues; the servers are strong and support the weight of the busy game modes expertly. Old favorites are back like Conquest and Team Deathmatch, but the new mode Operations offers some big battles that take place over different stages. In St. Quentin Scar, I had to defend my ground and make sure the enemy didn’t capture it over a certain period of time. If you manage to secure the sections you’re supposed to, the battle will move on to another section of the map and you’ll be tasked with defending that too. It feels like a staged Conquest, except the actual maps within Operations all follow a real life story from WW1 and makes you work for a victory.

Each of the maps has something different to offer; Argonne Forest feels a lot like Endor in Star Wars: Battlefront and works very similar too, featuring close combat and no tanks or planes to play with. The FAO fortress on the other hand has plenty of towers and buildings to hide in, opportunities to drive some armoured vehicles and some tasty spots for snipers if you prefer the patience and reward that comes with that particular role. There are plenty of classes too, but it’s all down to who you play with and whether they’re going to play nice.

I have been so pleased with Battlefield 1. This game takes full advantage of the current gen and provides one of the most amazing experiences I’ve ever had, thanks mainly to its well-written single player campaign, including such a beautiful musical score that moves you beyond words. It’s gorgeous to look at and the gameplay feels excellent, especially in the more animated sections. The multiplayer is great so far and the maps are plentiful and full of fantastic level design. DICE has made the best shooter on current gens and I can’t wait to see what they do with future updates and DLC.

The single player is one of the best I’ve ever seen, only made better with a beautiful score and excellent gameplay rich with authenticity.