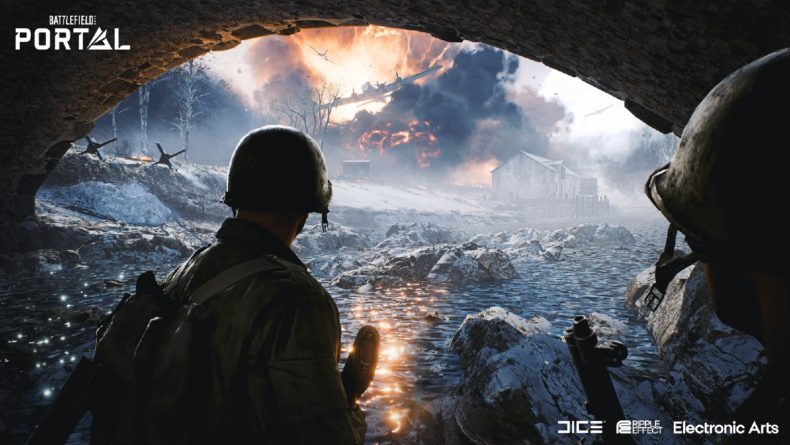 With Battlefield 2042 just around the corner, EA have announced a new mode for the big release. Battlefield Portal brings custom rules and unique experiences to the game, with a robust array of tools for war fans to get stuck into. Whether you just want to jump into other players creations or make some truly unique, Battlefield 2042 has you covered.

This game changing multiplayer mode will feature all 7 maps from the standard All Out Warfare mode, as well 6 maps from past games. Fan favourites Battlefield 3, 1942 and Bad Company 2 are all represented here, with weapons and gadgets from each era available too. 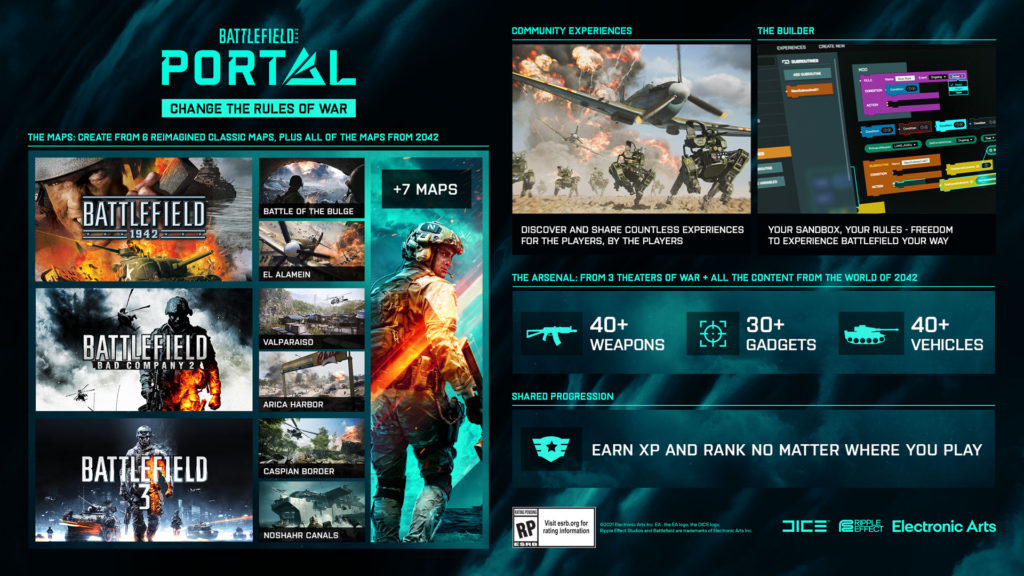 Perhaps the most exciting element of this mode is just how crazy you can make the rules. You are free to balance your own experiences in Portal, so if you want to have 100 WW2 soldiers take on 28 future weapon weilders you are welcome to.

“Players will have the complete Battlefield toy box at their disposal, featuring powerful tools to create new and completely unique Battlefield experiences. These experiences can be shared with the community through a web-based platform for both console and PC players.

Within Builder, players are able to change the Settings and Logic using the advanced Logic Editor.

These creations can also be tested utilizing AI, where players can explore various scenarios created by their custom-built experience.

Customizable features include:
• Maps – Pick from the selection of 13
available maps
• Modes – Choose from a range of game modes – weather it be more established modes like Rush or Conquest, or starting with something completely custom

• Mode Settings – Fine tune various details
within the mode including:
o Factions – choose which soldiers, weapons and vehicles can compete on the battlefield
o Mobility – Toggle players’ ability to Aim
Down Sights, go prone and more
o Visibility – Toggle Heads’ Up Display and
minimap visibility for players
o Arsenal – Restrict weapons, Specialists,
gear and vehicles that players have access
to in matches
o Scale – Adjust the balance of each battle by controlling the max number of players in each team as well as which weapons they
have access to

• Team Select – The ability to put different
teams and eras of soldiers against each other
• Weapon/Gadget/Vehicle Restrictions –
Fine tune which soldiers should be available from each faction, which weapons and
attachments they can use, which vehicles are available and how to access them
• Settings – Players can use these to refine the experience they want to make, toggling
options like core game mode rules, soldier
settings, vehicle settings and UI settings
• Logic Editor – Additional options to cater to unique experiences, allowing players to define rules, set victory conditions, team scale and specific in-game events.” 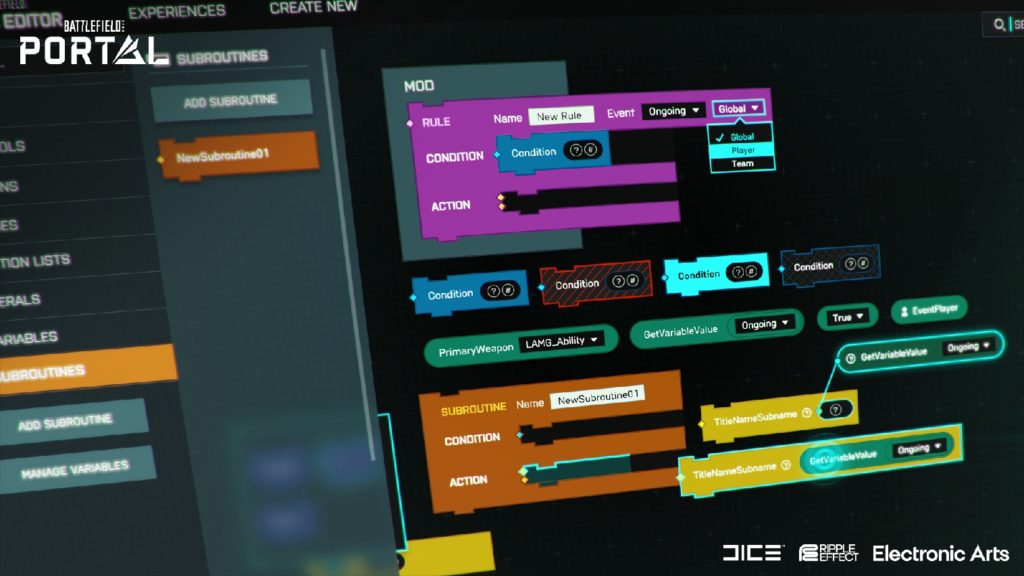 To create your own experience you don’t even need to have your console at the ready. The powerful creation tools are all available on the Battlefield Portal website, so you if you have an idea for a new set of rules while out in the garden or on the bus you can get stuck in. We’ll all be able to try it for ourselves on October 22nd, so you bring the shotgun and I’ll bring the sniper.

“Battlefield 2042 is the next generation of Battlefield.

Powered by cutting-edge technology that pushes the capabilities of next generation hardware, the game drops
players into a near-future, all-out-war experience that includes the franchises hallmark, game-changing destruction.

Featuring matches filled with up to 128 players on the latest consoles and PCs, this unprecedented scale adds a new dimension to multiplayer battles. Battlefield 2042 also ups the action with the inclusion of real-time events that reshape the battlefield and tactical combat.

All new weapons, vehicles and gadgets give players the freedom to be strategic and create jaw-dropping, only-in-Battlefield moments.”