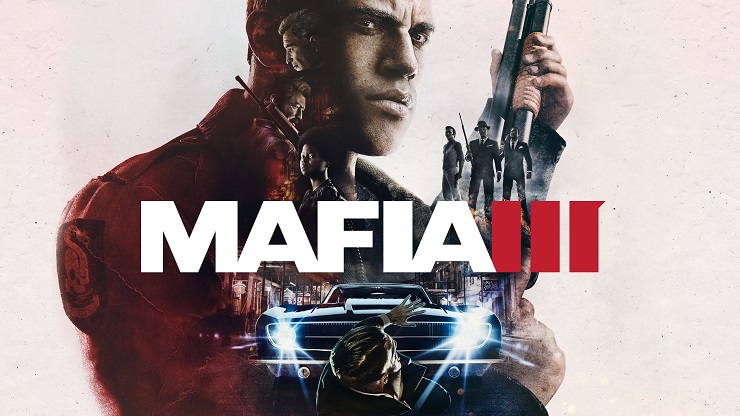 There are moments in Mafia 3’s cutting story that are among some of the best I’ve seen in the last 10 years, some genuinely shocking and awfully blunt deaths that took me a few minutes to recover from and some great character development. You’re a man with revenge on his mind – not the boring and expected kind of retribution, but the kind brought on by an oppressive world, lambasted by ignorant fools and abhorrent racists. The way the narrative unfolds is different, gunning for a documentary style which lays parallel to the brutal acts when you’re in control. It’s in no way perfect, there are some quirks in the control system that let it down, and many of the missions follow a very similar formula, but I had a lot of fun with Mafia 3, and its significantly deep message stayed with me.

The year is 1968, and racial tensions are high in America. You play as Lincoln Clay, a soldier in the Special Forces who has returned from Vietnam to a very different world, trying to find his place in a family he left behind. He wants to escape the life he had before the war, and heads back home to New Bordeaux to let the man who adopted him as a child know his plans. Unfortunately, that man is one Sammy Robinson, the head of New Bordeaux’s black mob. Before he gets a chance to tell him, some shit goes down with a rival Haitian gang causing Lincoln to get involved, affecting fellow mob boss, Sal Marcano. I won’t say anymore, because it’s at this point when things start to get interesting, especially when one of The Rolling Stones’ classics kicks in and everything goes to shit. The music is phenomenal, with every track serving the purpose of bringing the late 60s to life. Jimi Hendrix, Johnny Cash, Credence Clearwater Revival and Otis Reading all feature along with so many more phenomenal artists that you’ll always find a track to sing along to. One of my favourite moments of the game came when I had to go and kill a member of the Dixie Mafia; Bad Moon Rising came on the radio in my Pontiac, and as I got out the car in a back alley not too far from my target, the chorus had just finished. I moved forward to the outhouse he was using, slit his throat, and sneaked back into my car just as the next chorus came on. It was a fabulous moment, one I wish there was an abundance of, but a lack of variety and missions limits these kinds of anecdotes.

Outside of the main story missions, there’s little else to do. If it wasn’t for these missions feeling similar to the last, it wouldn’t be much of an issue, but it is. You’ll uncover the whereabouts of Sal Marcano’s various Lieutenants and Capos who’re occupying different sections of New Bordeaux. After speaking to your associates or a CIA agent (Lincoln’s handler in Vietnam) and finding out where they are, you go and kill them, normally guns blazing, but almost always in the same frenzied fashion. Once they’re dead, you can assign that portion of the city to one of your 3 underbosses: Patrick Burke, Cassandra and Vito Scaletta (returning from Mafia 2). The formula gets repetitive, but the way in which you treat the underbosses can result in any one of them turning on you, adding a little variety to the way you assert dominance on New Bordeaux.

Violence is the agenda here, but the act of it can prove tricky sometimes. You’ll arrive at a brothel, bar or strip club and go about it in pretty much the say way, but when a guy comes at you suddenly or there are two or more trying to attack you at the same time, death tends to find you all too quickly and the awkward movement doesn’t do you any favours. You can find cover by pressing Cross, but it’s not always responsive and if you’re moving from one point to another the chances of you standing in an open space is pretty high. It’s a shame because some of the intense gun fights are a real buzz.

Driving around New Bordeaux handles pretty well, giving you plenty of control on handbrake turns, but the other drivers can get in the way and block up entire roads when they really shouldn’t. Exploring the city gets old fast, so even with the decent handling, Mafia 3 gives you no reason to see the sights, other than to admire the view on your way to the next location.

It’s all a bit empty really. New Bordeaux has some great visual treats, but never does anything to convince you to look around. The detail in the buildings and parks is pretty impressive, it’s just a shame the characters look like they belong on the last generation of consoles. Eyes look dead, movement can be janky and some of the animations are a bit wooden. One thing Hangar 13 have got spot on, and something that impressed me, is the way they tackle racism outside of the cut scenes. If you’re in a predominantly black neighbourhood, NPCs will turn a blind eye if you break into a car or run a red light; however, if you do the same in the central hotspots of New Bordeaux with a larger white population, you may not be too lucky. Police will be a lot harsher on you too just because you’re black. It’s a really smart way to address the racial tensions of the period, and with it still existing in today’s societal circles, it’s a good thing to see it handled so well.

I’ve enjoyed playing Mafia 3, mainly for the historical importance and well-executed narrative, but outside of some basic gameplay and monotonous missions, there isn’t much else; it just depends on your expectations of the modern open-world, and whether a relatively linear mission structure is your kind of thing.

With a fantastic story at its centre, it’s such a shame the open world is quiet and unappealing, and the control system struggles in hostile environments.

How Mafia lost the soul