previous
Grow: Song of the Evertree review
random
next
Battlefield 2042 review
1 like 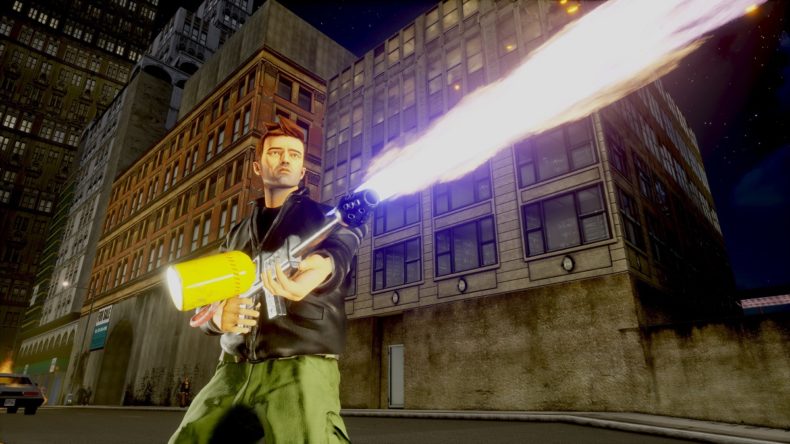 Many of us over the age of thirty have fond memories of playing the very first Grand Theft Auto on the original PlayStation. As fun as it was mowing down civilians in a Lincoln, it wasn’t until GTA III came out and redefined gaming that Rockstar’s flagship title cemented itself in the pantheon of video games. As Vice City and San Andreas followed, the series became iconic. We’ve seen them re-released on other consoles in the past few years, but now, the *air quotes* definitive edition has arrived. Unfortunately, Grand Theft Auto: The Trilogy – Definitive Edition is anything but.

Look, you’ve seen the memes. You’ve read the articles. It seems as though many people are massively disappointed in the enhanced and improved versions of three historical masterpieces. While I don’t disagree there are a heap of problems, it was still somewhat enjoyable getting stuck in and playing them all over again. So, the good stuff. The weapon wheel makes it much easier to select which gun to use, and aiming feels improved when in a gun fight. The visual enhancements do make a lot of the cities in the trilogy look better, with crisper street signs, building layouts, and overall improved detail in the environments. 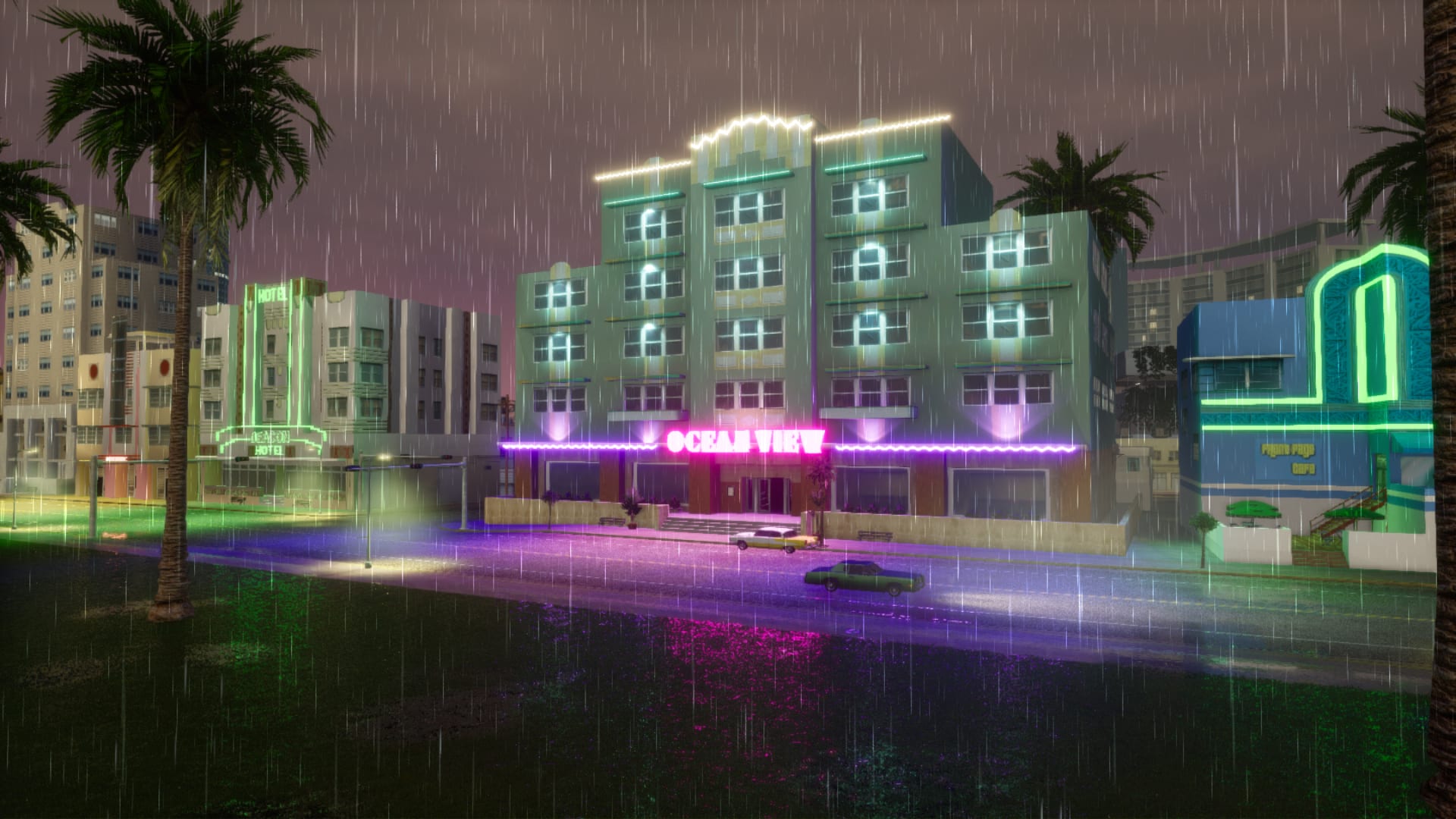 The improvements Grove Street Games has made also span to the technical side. Draw distance is better, meaning you can see more of Los Santos, Vice City, and Liberty City beyond only a few blocks. Unfortunately, there’re far too many issues to just give this trilogy an easy ride. With a focus on improving how environments look, it highlights some of the bland settings. The dynamic lighting makes a lot of the places feel too dark, most notably Liberty City. Some of the weather effects are also too harsh. Rainfall can muddy the visuals substantially, making it awkward to see what is going on.

What happened to their faces?!

Some of the character animations are atrocious. While they were always cartoon-like versions of people, they look all too comical. Faces are obtuse and deranged, with some looking like Frankenstein’s monster. Even the protagonists pull some weird expressions and bug out during cutscenes. The audio, especially in San Andreas, is poor. Muffled dialogue hampers the great voice acting. Subtitles, if you choose to have them on, are glitched where they appear again underneath in flickers of pixels. All these issues tarnish the original three games’ reputation. Each one has a legacy that has never been questioned. However, there are just too many problems for anyone to feel quite as fondly as they once did. 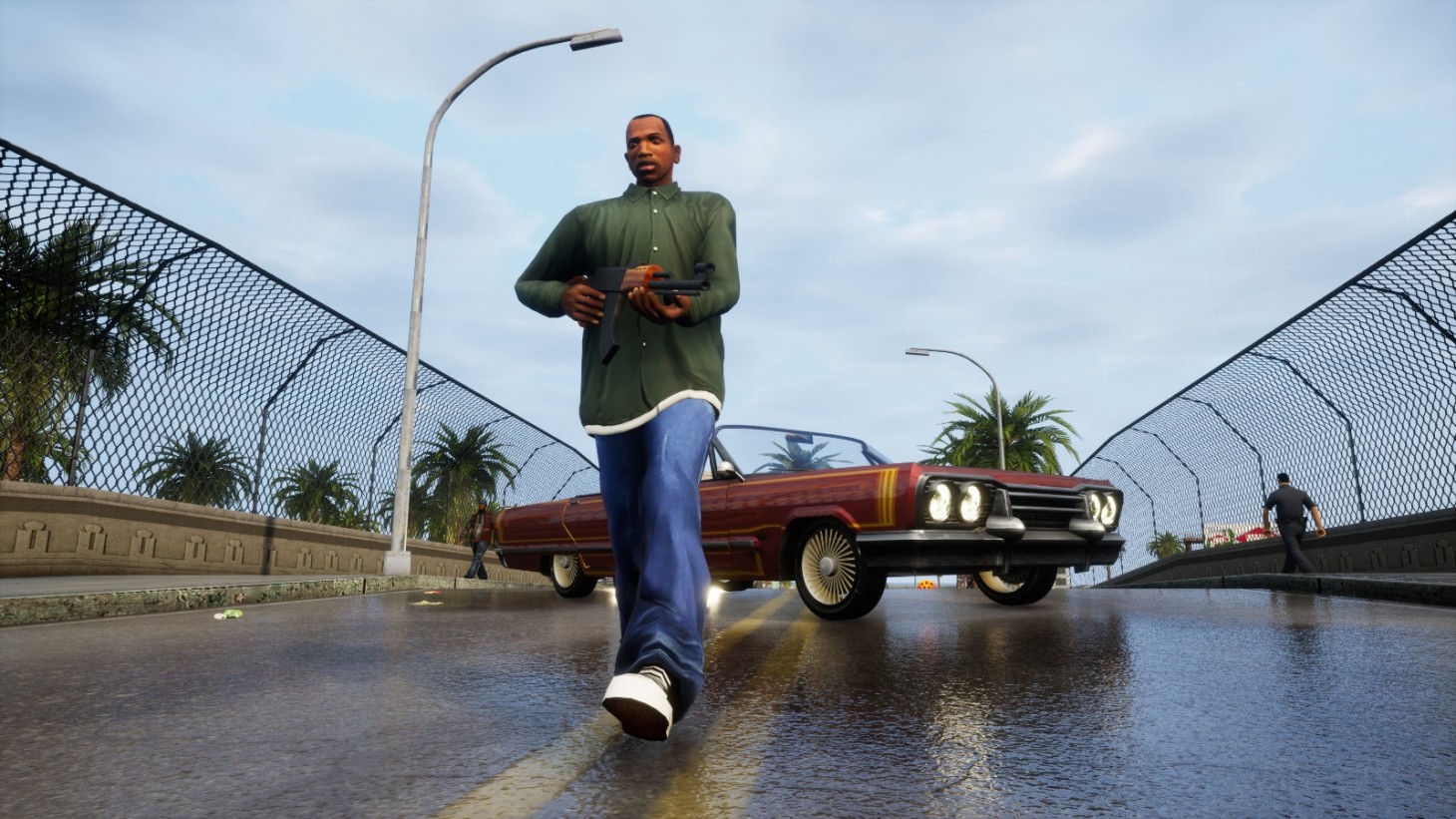 Grand Theft Auto: The Trilogy – Definitive Edition does have some plus points to its gameplay. As mentioned, the weapon wheel is a welcome addition. Aiming has been improved, but it does take a while to get used to. Driving feels smoother, even if I barely used the brake because it sent me tailing off all too often. I found the handbrake was a much better way to turn corners. Even when I hammered it, I managed to keep control far better than when using the left trigger to slow a vehicle down. When undertaking missions, you can instantly restart without fear of having to do everything all over again.

As someone who adored each game in Grand Theft Auto: The Trilogy – Definitive Edition, I feel let down. It’s impossible to ignore all of its faults. While not on the Cyberpunk 2077 scale of failings, players deserve better. I enjoyed revisiting them, but it didn’t take long before all the cracks started to show. By the time all the patches come, I feel it’ll be too late. When spending money on something, you don’t expect it to be broken to the extent that these once great games have been reduced to.

Grand Theft Auto: The Trilogy – Definitive Edition is a loveless remaster. They haven’t received the attention they deserve, and it shows. There are definite improvements to the visuals, but with that comes flaws that have been made abundantly clear. NPCs have lost their charm, the audio mixing is poor, and the lighting is more of a burden than a blessing. If you’re looking to replay these three titles, I suggest you pick up the recent re-releases and just make do with them.

Grand Theft Auto: The Trilogy - Definitive Edition is anything but definitive, with too many issues that simply cannot be overlooked.