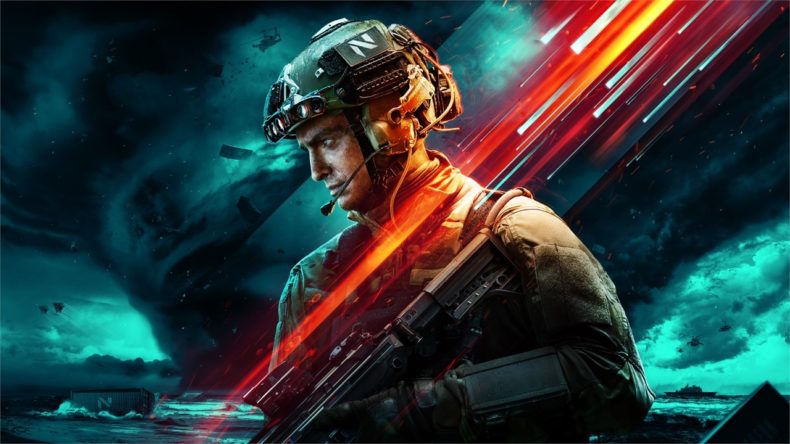 Now that I’ve noticed the guy in the Battlefield 2042 promo art looks like a young Nathan Fillion, I can’t un-notice it. And now you won’t be able to either. I bring this up not because I’m a Fillion fan (I am), or because I wanted to ruin your day in some way if you’re not a Fillion fan, but because it’s sadly one of the most memorable positives I took away from the beta.

I mean I’m not here to bash on the game or on EA or DICE. A lot of what I played felt pretty good at a brass-tacks level. The shooting was decent, with each gun doing alright up close. I felt a handful of things were off though. 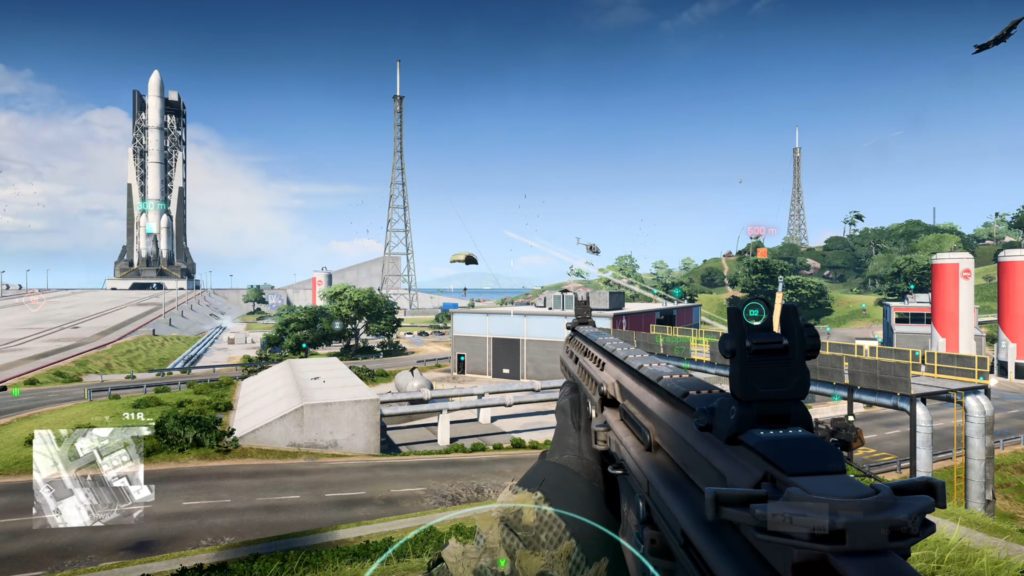 The time-to-kill felt weird, for one. I’m usually a Fortnite or Destiny 2 player, and so I’m more comfortable with longer TTKs for the most part. But when I jumped into the Call of Duty: Vanguard beta a while ago, the shooting felt tighter than this. I was scoring kills and I’m no whizz; I was handling myself and it felt like I was in control of my actions. I struggled to find any such rhythm in 2042.

Being set in the near future hasn’t added an awful lot either. It’s nice to be running around with modern guns, I guess, but the point I’m making is that DICE don’t seem to be doing much with it. At this point, of course, as this is just a beta. But with no single player campaign coming at launch, DICE would have done well to give us something new and exciting. Gunships and tanks and jeeps are fun, but where’s the cool futuristic stuff? 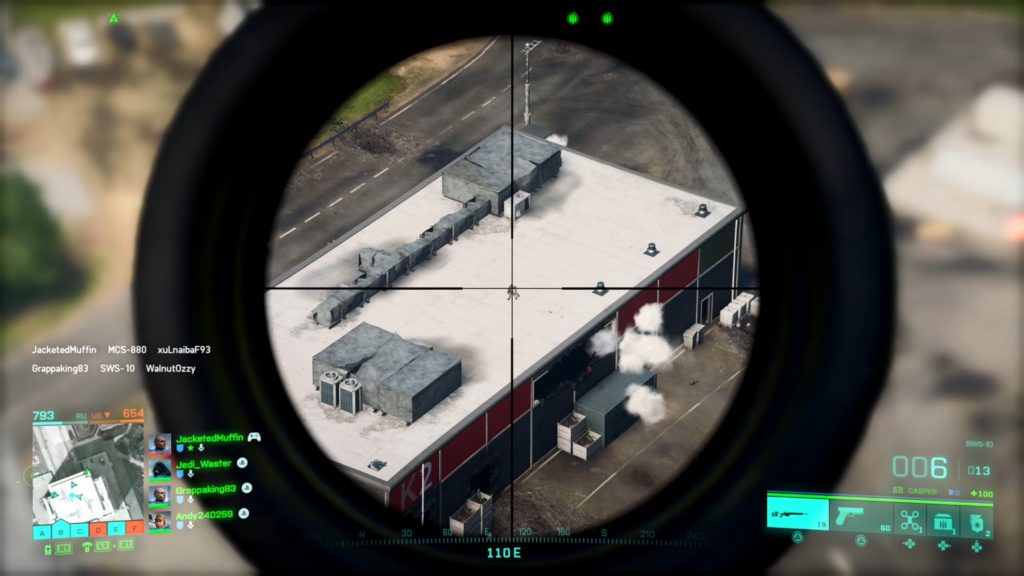 This is indicative of the Battlefield 2042 beta as a whole, though. It doesn’t feel like Battlefield beyond its trademark sense of scale. The environment is huge, but once again, I’d argue it’s too huge. With everyone vying for control of hardpoints clustered around one part of the map, the rest of the real estate was wasted. Unless you spawned in the wrong place and spent half the match running back to the action. At least there was pretty scenery to look at.

By DICE’s own admission though, the beta build was a few months old. Why they wouldn’t show something closer to the finished product I don’t know, since that’s what a beta should be. Instead we were given something that clearly needs a lot more time in the oven.

Bugs and glitches riddled the code. I was playing on PS5, and watched parachutes glitch and spit across the sky. I watched people appear and disappear. Witnessed the wonky physics engine launch tanks into the air. It was uncomfortable to play, and the ridiculously long match time combined with the over-the-top map size just made each battle feel drawn out. And I can’t have been the only person who struggled to tell friend from foe half the time. 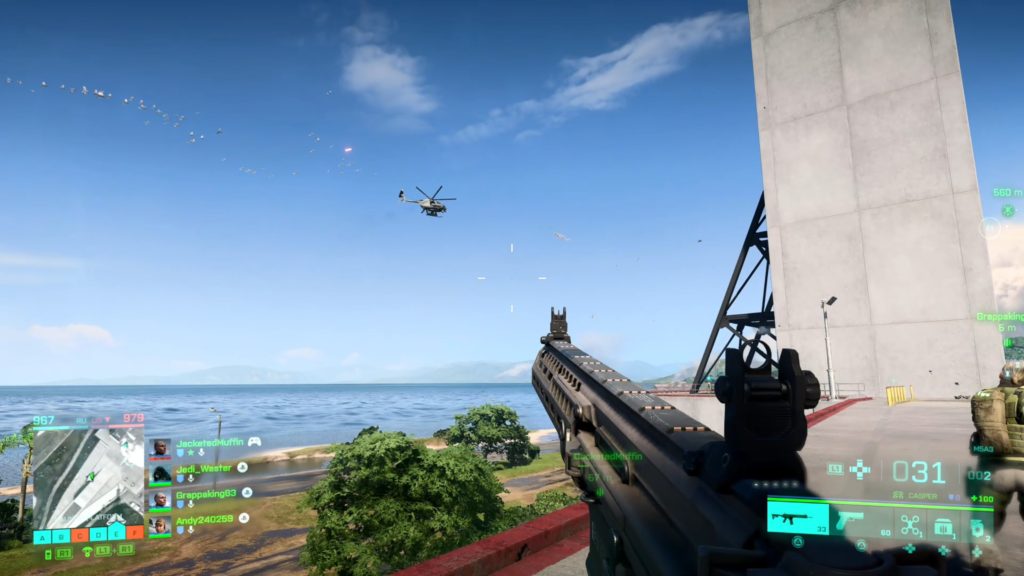 If you played the beta yourself chances are you experienced some of the issues. Even if your overall time was better than mine, I would be surprised if many people argued that this felt like an authentic Battlefield experience. It looked pretty good – DICE’s engine is still a thing of beauty – but ultimately it felt like a hollow shell.

I’ve no doubt the finished game will improve massively. Regardless of how old the build is, there’s still a good chance DICE will release something much better at launch. The question of why they chose to show off such a buggy, unfinished version of Battlefield 2042 in a beta may never be answered. The recent delay shows that DICE are doing their best to polish the final version, so there’s still hope yet for the blockbuster franchise.

Battlefield 2042 is out on November 19 for PlayStation, Xbox, and PC

Senior Content Editor Mick has been playing games for over 30 years and writing about them for around 12. After drifting from site to site for a while, settling briefly at the now-defunct Made2Game and freelancing for the gone-but-not-forgotten NintendoGamer Magazine, he came at last to rest at Godisageek. Mick has been a reviewer, staff writer and content editor here for some time, while also moonlighting a little for Red Bull Games. He has 4 kids, has written 2 novels, and sometimes even manages to pay a bill or two. You'll usually find him defending the galaxy in Destiny 2, battling evil in Diablo 3, or lurking in the background on Twitter. Find him there @Jedi_Beats_Tank, or on XBL (JediWaster247), PSN (Jedi_Waster) or Nintendo (JediWaster).
MORE LIKE THIS
battlefield 2042BetadiceEA