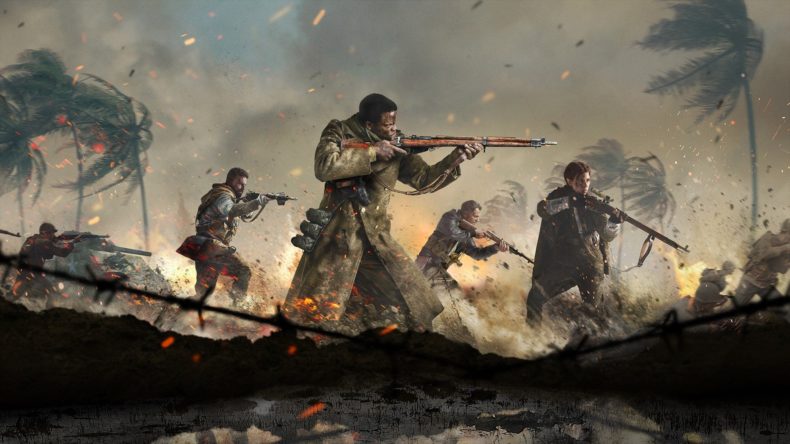 Now the PlayStation-exclusive Call of Duty: Vanguard beta weekend is over, this coming weekend gives Xbox and PC players a chance to check out Sledgehammer’s latest offering. Having played more than a few hours on PS5, I have some thoughts on the good and bad elements in this year’s iteration.

For a start, Vanguard is atmospherically on point. While I know not many people jump into a CoD multiplayer mode for the immersion (usually they come for the gratuitous violence and bragging rights), the maps on display in the beta are all visually impressive and dripping with ambience. My favourite by far was Red Star, a map set during the Battle of Stalingrad.

Some will, and have, take issue with the colour palette here. Muted hues, heavy snow, smoke and debris make it hard to make out details. The fact it’s so open in certain areas adds to the constant fear of catching a sniper’s bullet or rocket-propelled grenade in the ear. Explosions rattle the game world, patches of fire catch your eye against the white snow and easily distract you from your prey. 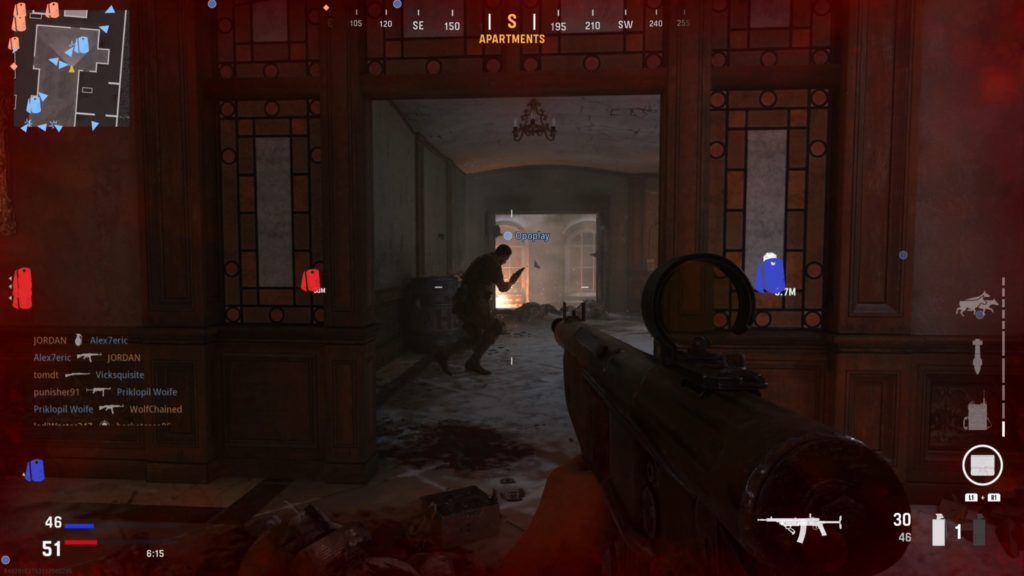 Hotel Royal, on the other hand, is set in a luxurious Parisian hotel. It’s a far cry from the war-torn streets of Red Star, or even the weather-beaten island of Gavutu. I’ve never minded low visibility or intense weather effects, even in online multiplayer games. That kind of element is a great equalizer, though I can imagine sweatier players getting upset when a relative noob gets the drop on them thanks to heavy rain.

Racking up those kills once again earns Killstreaks instead of Scorestreaks. Honestly, I preferred the latter. The problem with Killstreaks is that they put the onus on just nailing kills, and in objective-based modes this is a real pain in the arse. It’s great to be wiping out the competition, but take a mode like Kill Confirmed. The entire point of this mode is to hoover up red dog-tags to confirm kills and blue ones to deny the enemy. With everyone chasing kills to get their streaks up, I was constantly seeing maps littered with tags which I then felt weirdly duty-bound to go and collect. I get how much fun it is to shoot stuff in these games, but incentivising people to ignore the objective is a weird flex.

New mode, Champion Hill, returns from the Alpha Test, and provides a solid mix of arena-based action. The CH maps are small, compact affairs, all linked together around a central area in which you can spend cash earned during the live fire rounds. It’s a cool, complex mode that will produce a number of new strategies and meta loadouts due to its tiny maps, quick-fire nature, and onus on wiping out opposing squads quickly and efficiently. 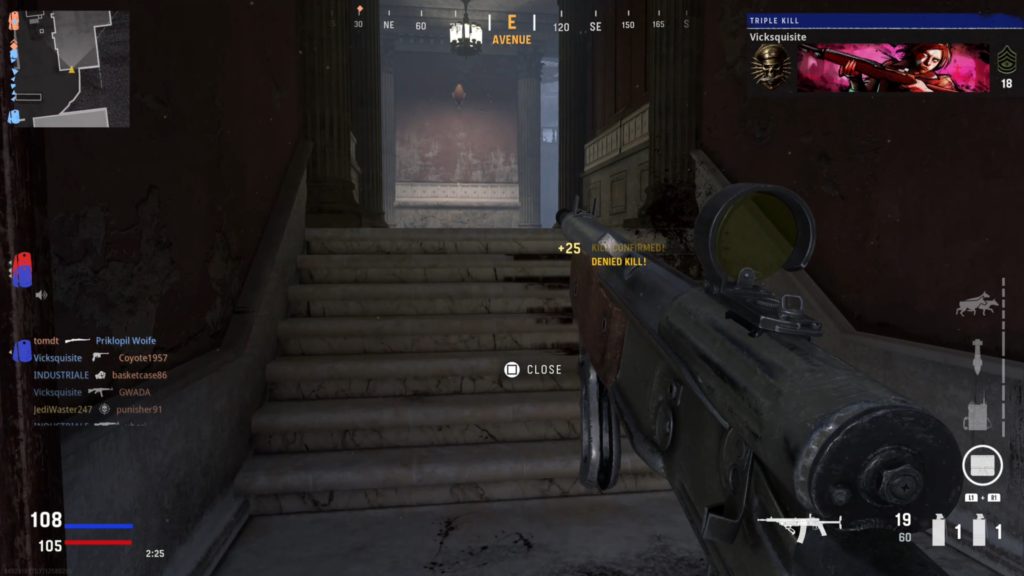 Unlike previous Call of Duty games, Vanguard will feature destructible elements in the environment, from doors and windows to cover positions. Which is not as exciting as it sounds – and in fact I didn’t even really pay much attention to it at first. It differs from something like Battlefield where you can fundamentally change a map over the course of a match, or even take down whole buildings to squash pesky snipers. It’s much more subtle than that, but it’s still a welcome addition.

Outside of Champion Hill the modes on offer in the beta are nothing overly thrilling, featuring Team Deathmatch, Kill Confirmed, Domination, and new mode Patrol. While the first three are pretty standard by now, the fourth is an interesting mode that takes the control zone of Hardpoint and turns it into a roaming capture zone. You need to be in control of the Patrol zone at all times to earn points, which makes it a constantly exciting and involving mode. It’s no good just grabbing the zone and digging in; you need to really work together to cover all the angles.

The idea of being able to alter the “Combat Pacing” options is pretty cool. This allows you to chooses how many players will be in the match, from the 6-a-piece Tactical mode up the 48-player Blitz. The problem here is that most of Vanguard’s maps just aren’t built for more than a dozen fighters. It becomes incredibly hard to dig in and defend or walk more than three steps without someone popping up and slotting you immediately. Which is, of course, an optional choice if you really want that level of challenge and chaos. 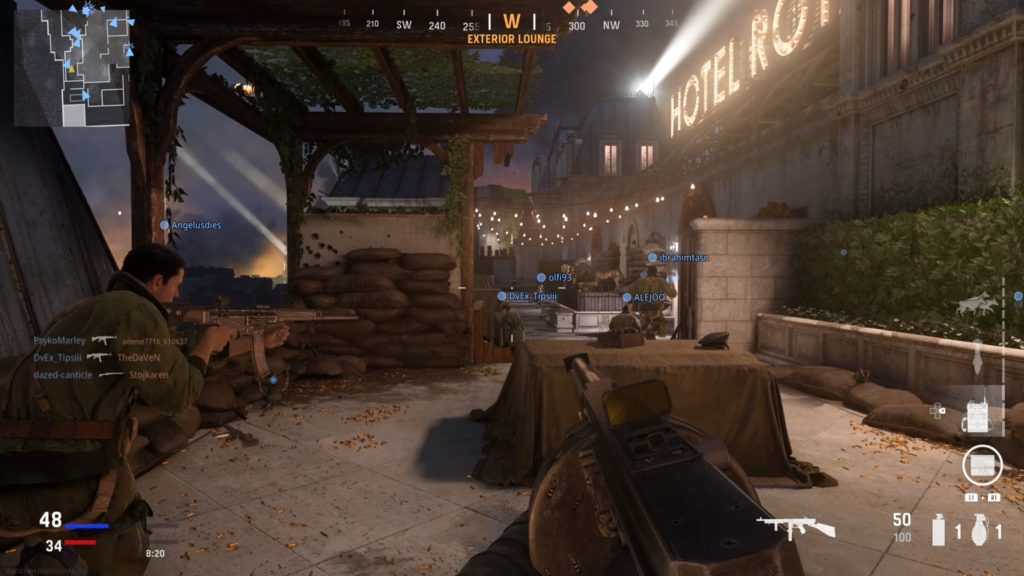 Call of Duty: Vanguard Beta: A time to kill

One thing I haven’t had a chance to really play around with is the Gunsmith. Originally introduced in Modern Warfare, this mode allows you to modify your weaponry to an insane amount. It’s stepped up even further in Call of Duty: Vanguard, allowing you to equip as many as 10 (seriously, 10) mods on your guns. Customisation is awesome, but having so many mods to apply can feel like too much of a muchness, especially when combined with the staple addition of player perks.

Perhaps because it was a beta, or perhaps because I don’t suck as hard as I used to, the main thing I’ve taken away so far is that Vanguard is a hell of a lot of fun. I don’t feel I’m being annihilated buy insanely short TTK, and I was staying alive, moving from point to point and, most importantly, contributing to my team’s score or kills in a meaningful way. That’s important for someone who plays CoD casually and, y’know, for fun.

Ultimately, Call of Duty: Vanguard is going to live or die by its multiplayer. A massive percentage of players won’t even bother with the campaign, and die-hard players will be far, far more critical than I have been. But so far, there’s evidence of a lot of good decisions in the Vanguard beta. The swap back to Killstreaks seems an odd choice, to be honest, but Champion Hill is a great mode, the Gunsmith offers a frankly dizzying level of weapon modding, and the small selection of maps we’ve seen so far are encouraging. Over all, this is shaping up to be a solid release for Sledgehammer.

Senior Content Editor Mick has been playing games for over 30 years and writing about them for around 12. After drifting from site to site for a while, settling briefly at the now-defunct Made2Game and freelancing for the gone-but-not-forgotten NintendoGamer Magazine, he came at last to rest at Godisageek. Mick has been a reviewer, staff writer and content editor here for some time, while also moonlighting a little for Red Bull Games. He has 4 kids, has written 2 novels, and sometimes even manages to pay a bill or two. You'll usually find him defending the galaxy in Destiny 2, battling evil in Diablo 3, or lurking in the background on Twitter. Find him there @Jedi_Beats_Tank, or on XBL (JediWaster247), PSN (Jedi_Waster) or Nintendo (JediWaster).
MORE LIKE THIS
Call of DutyCall of Duty: VanguardSledgehammer Gamesvanguard