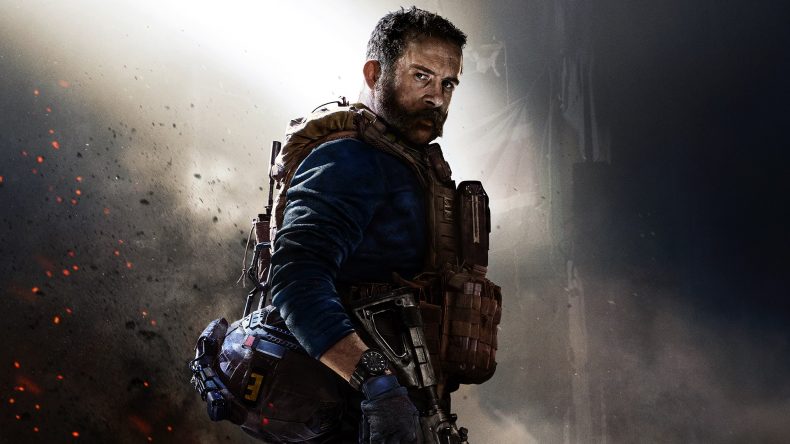 If you want a bombastic, blockbuster video game, then there is no denying that Call of Duty will always tick those boxes for you. The juggernaut franchise always delivers the kind of popcorn entertainment you are looking for – want Michael Bay style action and explosions? CoD’s got you, baby. Want to feel immersed in the sanitised entertainment of realistic military operations, while also skimming over the complexities and nuance of the modern world’s conflicts? Then CoD’s got you there, as well.

I enjoyed a lot of Modern Warfare’s campaign, but I also didn’t like it at all. As a piece of entertainment it is well-crafted, with exciting set pieces and memorable characters, but as a game that professes to want to reveal the harsh realities of war it has surprisingly little to say about that. Essentially a soft-reboot of the 2007 game of the same name that elevated the Call of Duty franchise to the behemoth it is now, Modern Warfare sees the return of Captain Price – part man, part moustache – and the familiar present day setting. The story is based around the fictional country of Urzikstan, and a fictional rebel-come-terrorist outfit known as Al-Qatala, but it also blends that with real-life locations, references to actual real-life incidents and recognisable antagonists and protagonists. It attempts to say a lot about modern conflict, about the grey areas that many combatants operate under, but ends up resorting to gratuitous events for the sake of it and saying nothing really at all. Well, other than that the bad things done by the US and her allies are good, but the ones done by anyone else are bad.

Setting out its stall early in a deliberately provocative fashion, the campaign opens with a shockingly realistic depiction of Piccadilly Circus in London. It’s immediately apparent that your actions in the campaign have been designed to give you pause. For example, in Piccadilly, civilian victims of a sudden atrocity run and stumble in front of your pistol as you make your way across the burning streets, taking out terrorist opponents. Do it well, with no civilian casualties, and at the end you are awarded an achievement, just like a real soldier. A later level has you storming a terrorist cell under the cover of night with a mixture of people there including unarmed women and children. You make your way painstakingly through the house, carefully picking your targets. At one point you breach a room to find an unarmed woman who, after a fraction of a second, reaches for a weapon giving you permission to shoot her indiscriminately. Tonally, it feels off. Am I supposed to feel bad that I’ve shot her? I feel nothing. These moments also have you questioning whether decidedly un-heroic ends justify their means. Is it OK to hold a gun to the temples of the wife and young child of a known terrorist in order to extract important information from him? If yes, then why is not OK when the main Russian antagonist uses the water-boarding technique to extract information from one of the campaign’s main protagonists? The only answer that Modern Warfare seems capable of giving me is that it’s okay when I’m doing it because I am a Good Guy. Either way, I still feel nothing.

Where I do feel things is in the actual minute-to-minute gameplay. Modern Warfare is a well-executed piece of entertainment. The new engine makes the visuals sing, with some beautiful lighting work and excellent facial animation and motion capture. Pricey’s moustache has never looked this good. The voice acting and the audio are exceptional as well, and make for an exhilarating experience. The set-pieces are as exciting as they have ever been and there are some thrilling missions where you are pinned down with your backs literally to a wall fighting a never ending swarm of enemies, bullets ricocheting all around you. The gun-play is tight, with a sense of impact to each bullet you fire. Movement has been slowed down, and your character has a newfound weight that I haven’t experienced before in a Call of Duty game, and I think it’s better for it. It has a less arcade-y feel to the action, instead making you feel like your actions need to be a little more precise. Throughout my play-through, I did experience some frame rate drag issues though, particularly when transitioning between a cut-scene back into active play, which was a little distracting and disappointing in an otherwise polished campaign.

Once the campaign is finished you can continue the story somewhat, through a number of Special Ops missions that can be played co-operatively with up to three other people. These missions are multi-stage with objectives spanning across expansive maps, and feature a huge number of enemies. Randomly queuing is a frustrating experience as the missions are lengthy, with a seemingly never-ending number of enemies thrown at you. I have yet to finish a match with all four participants present, as inevitably someone will leave after being downed and the remaining players have an uphill battle against relentless waves of enemies coming from all directions. As is often the case, it really is a mode better played with friends where you can communicate more effectively about strategy, and better share the limited resources and ordinance located around the maps. I’ve never been a huge fan of the Zombies mode in Call of Duty, but contrasted against the Special Ops section in Modern Warfare I think I prefer it. Perhaps my opinion will change once the Survival mode is released on Xbox, but for now I think it is the weakest part of the package.

For the mulitplayer focused, Modern Warfare comes with a few changes. Most notably is the addition of Groundwar, a new 32v32 mode that is essentially like Conquest in Battlefield. The matches are huge affairs, and while it is impressive to see this many players in a Call of Duty game, I am struggling to understand how a mode like this fits into the play style. It is interesting to me that a game that has, for a decade-and-some-change, done everything it can to encourage selfish play now wants players to work together toward a common objective, while still rewarding that individual with tide-turning powerful killstreaks that can completely paralyse a team.

If being killed from more angles than you thought possible by 32 enemy players isn’t your thing, the other new addition is the 2v2 Gunfight. These quick matches are super tense with the simple goal of eliminating the other team first. Do so and you are rewarded with a point. I like single-life modes as they tend to focus your play style and Gunfight feels like a great addition. New also is Realism mode, not to be confused with the more conventional Hardcore mode. In Realism the TTK remains the same, although a headshot is a one-hit-kill. All the HUD elements are removed too, so there’s no indication to how much ammo you have, nor are there any hit markers. I play a lot of Hardcore in Call of Duty, and Realism mode is definitely something I want to spend a little more time with.

Elsewhere there are the usual modes that fans will be familiar with: Domination, Team Deathmatch, Kill Confirmed, Headquarters etc., all make their appearance. Classes have had a little re-shuffle with some Perks now being assigned as Field Upgrades which require a cool down to be able to use. Things like Dead Silence, Ammo Resupply and a Recon drone can be equipped that take a while to become active. Maps have also changed, with what feels like a complete abandonment of the traditional Call of Duty three lane approach. Furthermore, maps have more verticality and dynamic elements than I have seen for a long time, making them difficult to learn. These changes have had the effect of slowing the play down somewhat, which makes for a slightly less stressful experience, but also runs the danger of creating a situation where the learning curve feels too high for new players, or frustrates more experienced players who like to get back into the action quickly. Modern Warfare is a good video game. Mechanically it feels great to play, and individual campaign missions are tense and exciting. The voice work, animation and lighting provided by the new engine are excellent. The multiplayer loop is as addictive as ever, with some changes that do enough to mix things up for a little while, and yet it still left me a little cold. I think that, after all this time, I had hoped that with this reboot Call of Duty might finally have something meaningful to say about the military conflicts it has used for entertainment for so long. Sadly, it doesn’t. It focuses on the atrocities perpetrated in conflict, but does so with blatant duplicity. My actions may be worth it in the face of the greater good, but what exactly is that greater good? I don’t know, and I don’t think Modern Warfare does either.

As pure entertainment, Modern Warfare is well-crafted, but as a game that professes to reveal the harsh realities of war it has surprisingly little to say. New multiplayer modes help keep things fresh, but Special Ops feels unnecessarily punishing.