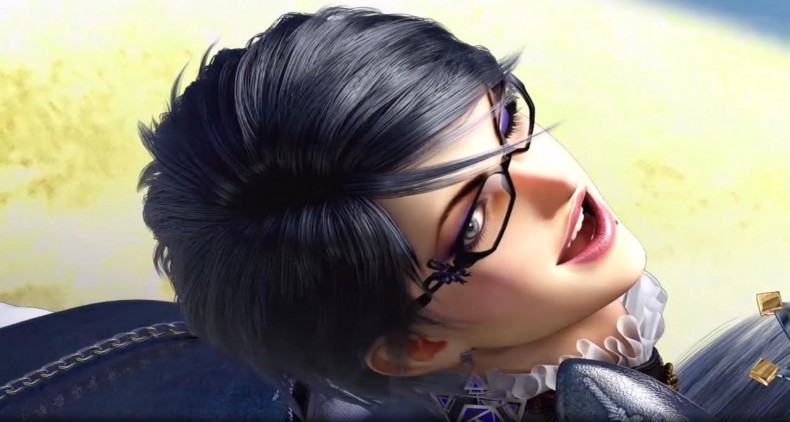 If you were to make a bullet point list of facts about Bayonetta 2 and showed them to someone, they would probably think you were a bit nuts (or some weirdo who goes around showing people lists, so I probably wouldn’t advise it). A Wii U exclusive sequel to a multiformat Platinum Games title, featuring violent and sexual content, jointly published by Nintendo and SEGA. Absolute madness. Oh, and it’s one of the most exciting games you’ll play this year. It’s just one big anomaly, and it’s bloody great.

At its heart, this is a game of glorious excess, taking an already great first instalment and pushing it harder and literally faster than before. Admittedly, major changes to the gameplay are few and far between, but it’s the refinement of practically every aspect of the original that ultimately makes the biggest difference.

Following on from the first game (of course), the realms of Paradiso, Purgatorio and Inferno are once again in jeopardy, but before Bayonetta can worry about that, her fellow witch Jeanne’s soul has been taken and held captive in the fiery depths of Inferno. With the help of allies old and new, Jeanne’s soul must be saved before she is lost forever. Meanwhile, a struggle continues for The Eyes of The World, ancient relics that grant the actual powers of a God to those who possess both. Luckily, Bayonetta holds one of these Eyes herself, while the other remains with the Lumen Sages – so they should be safe, right?

A far more coherent and streamlined plot than the original, it is entirely possible to play this sequel without experiencing the first game and still understand that majority of what’s going on (although you really should play the original), so it’s comforting to know that Bayonetta 2 caters for players of all abilities.

This is a much fairer and more lenient game than its predecessor. For a start, the all important Witch Time ability that allows you to slow time from a successful evade, was previously difficult to activate due to a very small window in which to dodge. The window for a successful Witch Time activation is much fairer this time around, reducing the amount of frustration during combat. Meanwhile, new players can opt for an Easy mode that also gives you an equippable accessory that dodges most attacks for you. It’s also possible to play the game entirely with the Wii U Gamepad touch screen, allowing you to tap enemies repeatedly for quick and easy combos.

But don’t think that these welcome allowances come at a cost to the challenge. Like always, Platinum Games has us masochists covered with some particularly nasty levels and some harder difficulties that will push your combat skills to the limit. There are even some non-Story areas that I’m still struggling to finish on the Easy difficulty. Seriously.

While the basics are largely unchanged from the original, it doesn’t take long to notice that combat is much quicker than previously. With far more responsive controls, everything flows at an incredible speed that makes the action that much more exciting, while the easier execution of Witch Time ensures that the insanity is a little bit more manageable. The mechanics of Bayonetta are still there, from a multitude of deadly weapons that can be equipped to different limbs, to the relative simplicity of attacks; and it still feels great as you cartwheel around areas, spraying bullets and unleashing flurries of melee and long range attacks on foes.

Some enemies are total damage sponges, requiring extended beatings before they bite the dust, but that just means more opportunities for higher combo scores, which lead to higher ranks and more currency to purchase items, weapons, accessories, costumes and more. While the original game was quite stingy in giving you Halos, this time it’s much easier, meaning you can buy something cool after every other level. Of course, you’ll probably want to buy those awesome Nintendo costumes pretty quickly, and who could blame you? They’re a ton of fun to play around with, but there are absolutely loads more items to purchase: three playthroughs in and I still haven’t bought everything. There is definitely an incentive to replay levels to get those Platinum/Pure Platinum grades.

This is a far more immediate game. The time spent out of battle is much shorter, and everything feels far more focused. Make no mistake, this game is all about action, and if you aren’t fighting, most of the time you’ll be doing something else equally as exciting (including some barely recognisable homages to classic Nintendo & SEGA games). There are still well-hidden items and areas to find, so exploration is still a small part of the game, but these interludes between Verses are well-paced breathers rather than filler.

“Make no mistake,
this game is all
about action”

Get through the many chapters and difficulty settings, and the challenge isn’t over, thanks to the unusual Tag Climax multiplayer mode. This online mode allows you and a partner to take on a selection of the main game’s toughest battles, allowing you to bet halos on who can get a higher score. You can take those winning back to the single player game and buy more items at Rodin’s shop. While it would have been nice to play through the Story with a friend, being able to earn currency in multiplayer is a reason enough to indulge in this nice additional mode.

Visually, it’s stunning and it’s one of the best looking games on the Wii U, mainly thanks to a very distinctive use of colour. Leaving behind the washed out hues of the original, each area and battle is saturated in vibrant blues, reds, whites, golds and purples, and Bayonetta 2 looks incredibly beautiful for it. Each battle is as exciting to watch as it is to play, as the title character twirls around like a deadly dancer in a performance of high-intensity violence. Plus, once more your fights will be backed by infectious tunes and massive orchestra-led pieces, thanks to an absolutely massive soundtrack that never fails to impress.

Outside of gameplay, presentation is a mixed bag, with some excellent in-game set-pieces, as well as underwhelming static cutscenes, all laced with a knowingly camp vocal delivery that reminds you that everything you are experiencing here is so gloriously over the top. Whether or not you approve of her hyper-sexuality, Bayonetta is still a confident and strong protagonist and this is a constant throughout and the narrative reflects this.

Intense, gorgeous and thrilling to play, this is Platinum’s best game so far. Nintendo have clearly had an input here, with a game that’s more forgiving for new players, but still has enough challenge for fans; all without watering down or compromising the experience for either type of player. A non-stop climax of excitement from the moment you start the Prologue, this is one of those games that demands to be played.

Accessible, with plenty of depth
Tons of replay value
Intense and exciting combat

An absolutely phenomenal sequel, and one of the best games the Wii U has to offer.