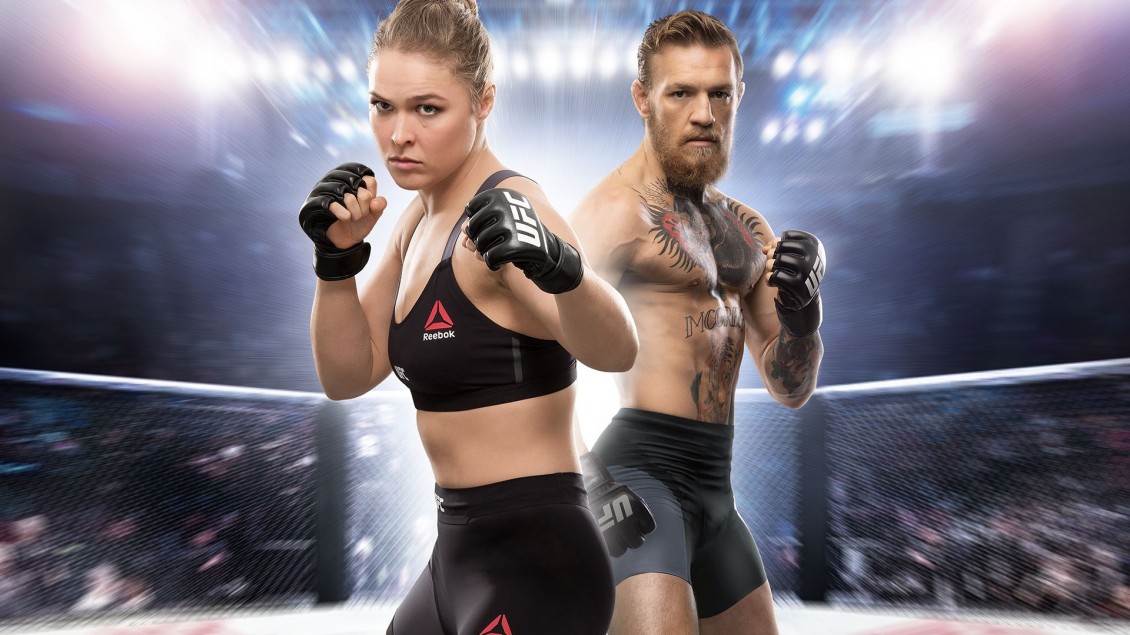 It is evident UFC 2 has been built with great care and love for the sport. Never has there been such an authentic MMA experience on consoles, and every single match will be a unique fight regardless of who you face. You can spend hours fighting a range of different MMA fighters in UFC 2, but there will be those fighters who push you to the absolute limit, throwing everything they have at you, turning all your hard work against you. There will also be fights where all you need is a well-placed punch to knockout your opponent and it is in these moments that UFC 2 shines.

Knocking out an opponent in UFC 2 is on equal par with finding money in an old pair of jeans or waking up and remembering you’re not at work that day. EA Canada has made every knockout completely different from the last through procedurally generated falls and it’s entirely organic and fulfilling. If you’ve spent two rounds carefully throwing your strikes or if you’re battered and bruised and need a miracle to win, a knockout is never out of the realms of possibility. UFC 2’s unpredictability is what’ll keep you on your toes, and knowing hope exists will keep you going until the bell rings.

Every fight in UFC 2 feels very much like a game of chess; every move needs to be thought out and planned meticulously, which can be easier said than done when you have a muscle clad fighter moving towards you. You’ll end up squandering opportunities in UFC 2, but it’s only natural. With every frantic button bash you participate in, the stabilisers will fall off and you’ll realise there is more to MMA than brute force and ignorance. Ground work is a tense and stressful period of any fight and you can lose just as many fights tangled up on the floor. If your opponent manages to lock in an arm bar submission, making sure you outwit them in the simple yet effective mini-game will mean the difference between winning and losing.

Practice mode and skill challenges are a great place to start in UFC 2, so if you’re worried about learning the ropes of combat these modes are more than helpful. Everything from blocking and submissions is covered and like most current EA games, beginners are welcomed with open arms. Even if you aren’t familiar with the sport and want to become acquainted with the rules of combat, embrace the intricacies. There is no way you’ll be able to strut into the Octagon without any knowledge of how the game works and what buttons do what so don’t even bother. There are plenty of modes to dabble in and the attention to detail has played a huge role in creating the perfect MMA experience. Simple things like “Create Events” allows you to build your own pay-per views, so being able to set up dream fights on your very own card is a nice touch; not only can you create events in UFC 2, but you’ll be able to play through every single one once you’ve finished being Dana White. The creation suite is vast, adding face sculpting and tattoos since the last UFC title, and the new Live Events will be fun when it goes live on release; you can predict real life results on actual pay-per views and earn coins, UFC points and UT packs as well.

Knockout mode takes all of the fun of fast paced fights and throws it into a single mode. It strips away all of the ground work and clinches known to slow the pace down in favour of being allowed to fight in a good old fashioned slobber knocker. Every time you land a successful punch or kick, your opponent will lose a health point (which can be increased or decreased in the options screen that proceeds battle); when either one of you loses their final health point the fight is over.

Applying Ultimate Team to a game like UFC 2 was always going to be a challenge, but EA has done a great job in making it work. You can build a team of up to five created fighters and with each fighter you’ll be able to challenge the computer and others around the world for coins to spend on packs of upgrades and variables. You’ll be able to fight strangers all over the world in UFC championships to earn more points and respect as you progress through the mode.

Career mode has some nice ideas, but after 20 fights, you’ll be used to its formulaic approach to progression; you train, fight and repeat – that’s it. Of course, there are occasional breaks in its repetitive structure, but you may find its repetitive nature underwhelming. That isn’t to say you’ll not enjoy it though; after building up an impressive MMA record, you’ll garner a real sense of achievement and when those fighter challenges come in, you’ll feel the nerves start to hit.

After a solid run in the Light Heavyweight division, I was entered into a fight with one of the greatest fighters in the history of the UFC, Glover Teixeira. He was the first fighter to make me bleed so much the referee almost called a TKO on multiple occasions; I threw in some good punches, but Teixeira overpowered me with his strength and his mastery on the ground. I’d not faced this much of a challenge and to remain on my feet by the end of the third and final round was my biggest achievement. My resilience was my badge of honour and I was so proud of myself. Having such a tough match where blood pours out by the bucket load and you end up looking like raw meat can change the longevity of your career though. Even if you were to win a hard fought battle it can mean a shorter career in the long run, which is quite an impressive variable to the mode.

Not only does UFC 2 look incredible, it feels incredible. EA Canada and Brian Hayes has made some of the best mechanics around, building on the foundations of the first game. UFC 2 has plenty of life in it and you’ll spend hours playing against the computer and your friends, basking in the glory of every win.

Read our 9 tips for victory in UFC 2

UFC 2 is an great MMA game, providing the most authentic and fun game on the market, adding yet another string to EA Sports’ bow, even if the career mode is a little empty.