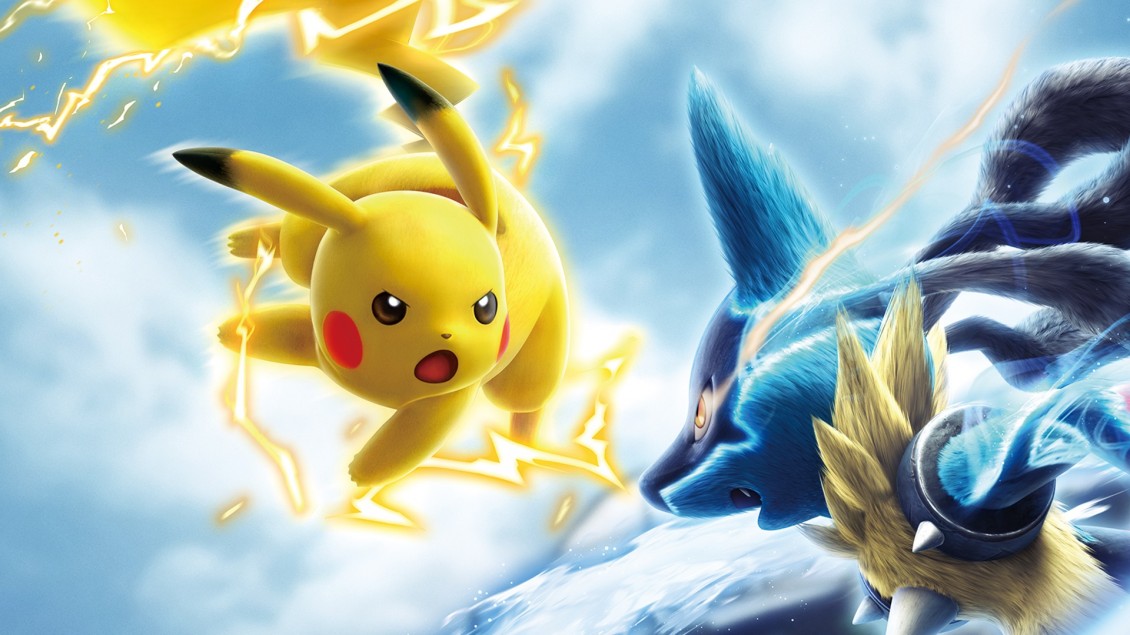 It’s an absurd thought that it has taken this long for a Pokémon fighting game to grace our consoles. In prior incarnations of the series, we’ve assumed the role of the trainer: the one who gives the commands, trains the Pokémon and reaps the rewards. But taking control of Pokémon, the actual namesake of the series, has long been omitted from any game prior for reasons unknown. But now it appears that Nintendo are striving for equal representation regardless of whether you’re a ten-year-old kiddo from Pallet Town or a yellow electric mouse who repeatedly squeals its own name. You can now play as both. It can only be Pokkén Tournament.

Developed by Bandai Namco as a spin-off of their famed Tekken series, Pokkén Tournament sees players take control of a variety of different Pokémon and actively participate in battles. Gone are the days of Missingno, incessant Zubat battles, and the Elite Four: Pokkén Tournament ushers in an entirely new way to play Pokémon — one that I hope is here to stay.

To kick off, I must profess a feeling that has been itching away at me all week. Pokkén is a grower. When I first played the arcade build in the Tokyo arcades, I can easily say that I was underwhelmed. It may have been the deafening rave beats coming from the maimai PINK rhythm cabinets or the dense blue smoke that seemed to engulf entire floors of the arcade, but what I experienced with Pokkén wasn’t what I was expecting. It’s not that the game was bad or that the experience wasn’t exciting, but it didn’t match with the thrill of the content I’d seen up until then. This may be me being pedantic, but it rather unsettled me for the game’s eventual release on Wii U.

Now, thankfully, I can replace the disappointing memories of arcade Pokkén with shiny new enthralling memories of Wii U Pokkén. While not exactly blowing my socks off to begin with, after a few hours of play I came to really enjoy the gameplay of it all. This is not to say the game is not without errors, but for the most part it delivers a wonderfully entertaining experience. The roster of Pokémon will be a topic of division between fans of the series: some will argue that the weightier and more battle-ready Pokémon were the right choices for the in-game fighters, and others will say that Pokémon with Mega Evolutions have been selected too frequently. I partially agree with both these statements, finding the roster middling. It’s no surprise to see Pokémon like Pikachu, Gengar, and Charizard in there since they are virtually icons of the series, but players may be surprised to see more obscure choices such as Chandelure making an appearance as playable characters. It feels like Bandai Namco has missed an opportunity with the roster, here. One incarnation of Pikachu is more than enough, but instead we’re treated to a Lucha Libre version which wastes a slot for a more deserving fighter. Chandelure, although innovative and certainly powerful, is clunky to manoeuvre and doesn’t feel as combat-ready as other selections. The roster is a bit all over the place, and there’s a high chance you’ll choose a Pokémon and end up sticking with them. I floated between Gengar, Chandelure, and Sceptile before, hilariously, finally settling on Pikachu.

During the first hours of playing, I felt that a lot of the fighters were greatly imbalanced in terms of capability and power: a notion which has now changed after many hours of battling. Perhaps it was a pre-release patch which balanced this out, but Pokémon’s skills now feel more rounded and victory is entirely possible with any fighter with the right level skill.

That said, victory is almost a dead certainty if you’re playing single-player offline, which is real shame. Fighting your way through the ranks of the Ferrum League, there is virtually no challenge in the battles whatsoever, regardless of whether you’re in the lower-ranking Green League or battling for total victory in the top-tier Chroma League. Early on in the single-player campaign, opponents hardly attack and point-blank refuse to block attacks it all. Eventually they begin to get more feisty, but it feels like this kicks in far too late to make offline battling a pleasure.

Campaign mode (and I call it that sparingly) is comprised of four leagues that you fight through. As you move through the ranks, the number of opponents per league increases. This means you have to battle your way through 40 opponents in the Green League, 60 opponents in the Blue League, and so on. You don’t actually have to fight every opponent in the League, as battles are organised on a rank range which means you’ll only really fight about 15-50 battles per league, depending on their number of participants. While it’s certainly a relief that you don’t have to fight your way through every participant, League gameplay can still get quite repetitive as you partake in battle after battle of timid CPU-controlled opponents. Campaign mode attempts to introduce a story into Pokkén Tournament which I wholeheartedly wish they had just left out. A black version of Mewtwo, tainted by a Shadow Stone and subsequently called Shadow Mewtwo, is drawing Gaia energy from the Earth — the energy which is used to allow for Synergy between Pokémon and their trainers. Shadow Mewtwo appears unannounced at the end of every League finale, accompanied by a rambling hooded woman, and three-quarters of the way through the main campaign, an attempt at a story comes out of nowhere and suddenly you’re whisked across the region in pursuit of three magical stones which can free Mewtwo of the curse. To cut a very short story a whole lot shorter, you partake in three battles, fight Mewtwo and free him. All of which takes the best part of 15 minutes and seems entirely aimless. This cannot be deemed as a spoiler, because I refuse to accept it as a plot in the first place.

Battles are an entertaining experience, and I sincerely look forward to the online servers being populated post-launch so I can get into the real challenge. Combat is fluid and the moves do their best to mirror those we’re used to in previous Pokémon games. At the peak of battles, you’ll be able to power-up your Pokémon with a Synergy Burst, which evolves them from their regular form into some enhanced version (Mega Evolution if available). In this form, Pokémon hit a lot harder, take less damage and can perform a devastating special attack that knocks off a fair chunk of your opponents health. Pokémon models are wonderfully designed, and the stages have a variety of cute quirks in the background which make them memorable. Also on your side are a variety of Support Sets — pairs of Pokémon, each of which have unique abilities. Some will attack the opponent, others will disrupt them by slowing them down or lowering their defence and a small group will directly heal you or boost your stats or Synergy Gauge. It takes a bit of experimentation to find the pair that’s right for you, but they’re certainly worth having should you find yourself in a pinch.

Pokkén Tournament is a great experience that pretty much every Pokémon fan will enjoy. Despite its disappointing lack of challenge during offline play, outlandish roster and feeble attempt at a story, Pokkén still offers wonderfully fluid combat and a firm fighting-game foundation to build upon. It may be hard to believe following my criticisms, but Pokkén kept me coming back for more regardless of its shortcomings. Online play is where it will truly shine, and where players can go to seriously develop their technique. It’s a game that took a while to hit the heights it’s capable of, but I have total faith in it doing so for a while to come.

Offline play is far too easy.
Story is feeble.
Roster is a bit eclectic.

Despite its shortcomings, Pokkén Tournament is a delightfully entertaining experience that will blossom with populated online servers and a dedicated fanbase.