previous
The Banner Saga: Warbands Kickstarter Funded In Thirty Minutes
random
next
Ronda Rousey will be on the cover for EA Sports UFC 2
0 comments 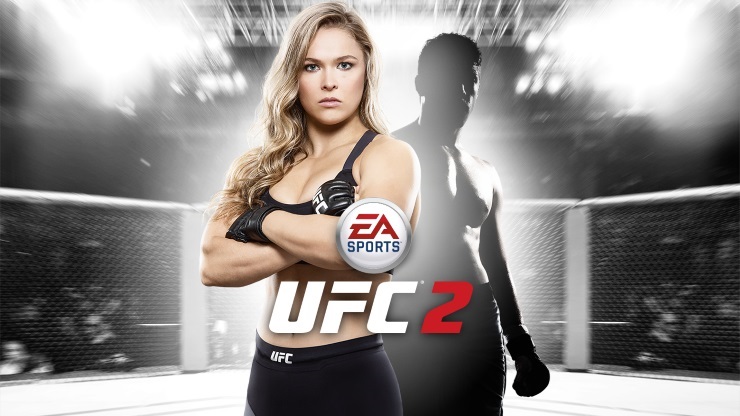 Hot on the heels of its announcement, I was fortunate enough to speak with the Creative Director of EA’s UFC 2, Brian Hayes. We talked about how Ultimate Team has been incorporated into the game, what lessons have been learned since UFC, how the new knockout physics system has been incorporated among a whole host of other topics. If you can’t wait to step into the Octagon, read our interview and find out what to expect in UFC 2.

What would you say your biggest challenge has been with building the follow up to 2014’s UFC?

“It’s been a wholesale different experience from UFC 1 in terms of level of challenge. You know, the first game was considerably more challenging building it from scratch, on next gen with the new licence. I don’t want to jinx anything, but in relative terms this one has been a much nicer bowl of cherries so to speak. I don’t want to call it a cake walk necessarily, but it’s still challenging just prioritising all the things you want to do and all the features you want to deliver to the fans because there’s an endless list of things we could put into the game, and we could spend a decade in development until everything is in there. You always have to prioritise it and make sure you can get a game into the fans hands in a reasonable amount of time. That’s always one of the most consistently challenging things deciding what are the things we are going to do and can we get them done on time to quality and have fans love them.”

Out of everything we know so far, it sounds like a lot of work has gone into UFC 2 and you’ve really gone all out with making it a well-rounded experience. So, out of all the new features what you say one of your favourites is?

“You’re like asking me which one is my favourite child, right. It’s such a hard question to answer, because it really just depends on what gamer you are, and that’s one of the big things we’ve been focusing on. The UFC 1 game was a little bit shallow in terms of overall feature depth and if you didn’t want to play competitively online, or a relatively bare bones career mode there wasn’t a lot to offer. So this year, for people that are interested in the Ultimate Team experience, we have for the first time ever, a UFC Ultimate Team experience, so hopefully those type of gamers will love that. I think KO mode is going to be pretty popular based on my experience of seeing people pick up the game and playing it for the first time, but it is tough to say what my favourite is because the team’s been working so hard on all the features. I would just feel bad to pick one out and I think my opinion would change from second to second depending on which one I played last.”

I’m quite interested by the inclusion of Ultimate Team. EA has done quite a lot with Ultimate Team on a lot of their different properties, so how hard was it to come up with the idea to make it work in a UFC game?

“It was very interesting. You attack it from a lot of different directions and brainstorm a lot of different ideas before settling on the concept of the one we are coming out with, but obviously it’s fundamentally a different sport than other games that have the Ultimate Team experience. There is no team to build and take on to the pitch or the ice, or onto the court or field like in all the other games so there is definitely some unique things with UFC Ultimate Team that you don’t see in other EA experiences. There is a lot more customisation of the individual fighter involved in our experience as opposed to crafting a squad of people. That being said, you can still create 5 fighters that make up your team, but really the nitty gritty of picking what moves and perks you’re going to have, customising their attributes – that’s where the bulk of the mode lives for us as opposed to team chemistry and all that kind of stuff.”

With EA games at the moment, they seem to be making their titles a lot easier for newcomers to play. Recently I played NHL 16 which had the on-ice trainer and it helped a lot. Is the in-game assist feature similar to that and will it help with new players just to kind of pick up and help them along the way?

“Yes, basically. There are a couple of in-game assist features that we are working on. One is the grappling assist which is separate from an in-game coaching assist that we have, but the grappling assist that we have is really important because wrestling on the ground is not something many have any first experience with, and therefore they don’t have any innate experience of how that martial art works. The grapple assist button is there to make it relatively clear to people as soon as they go to ground what their options are, how they perform their options and whether they’re likely to succeed or fail. Basically, since UFC 1, we realised the ground game is a murky place for a lot of people and we want to bring as much clarity to that as we could.” I was just wondering if you’d be able to talk a little bit more about the new Knockout Physics System that was announced.

“From my experiences of working on a lot of different fighting games, I’ve seen both ends of the spectrum in the past. Way back in the day I worked on Fight Night Round 4 where we introduced a physics knockout system that was hilarious. It produced tremendous variety – every knockout was different. It also looked completely unrealistic. It basically looked like a marionette puppet that’s had its strings cut and it flops to the ground – a human body completely devoid of ligaments and any muscle at all. When we started to make the game even more realistic the physics system looked even more ridiculous, so on UFC 1 all the knockouts were actually motion-captured animations, but the problem you have there is that we were close to 200 million knockout types being scored and it’s obviously not possible to put in 200 million unique knockout animations, but still preventing the gamer from seeing the same animation 27 times, so it’s hard to find a solution. If you go with canned animations they get repetitive and you start seeing them over and over and recognising them, but if you go with old school ragdoll animations they can look pretty ridiculous.

Our engineers have worked really hard on procedurally driven in-game physics, but also there is a lot of simulation of musculature and limitations of the human body so when the fighters fall to the ground they don’t look like that marionette with its strings cut – they look like a real human being that has just lost consciousness. The results are spectacular; there was literally a fight just this last weekend in real UFC where Thomas Almeida knocked out Antony Birchak – he was up against the cage and it looked so much like a knockout that happens in the game where you use a similar strike. The senior game engineer sent an email out that said “check this out, it looks just like our game!” It’s amazing to see that because it looks so much like our game and the knockouts in our game are being driven by math of logic that people way smarter than me have put into the code.

That’s super rewarding, even to the point where, if you were a big MMA fan and I was to use the phrase ‘Cro Cop leg,’ it references the time that Mirko Cro Cop got head kick KO’d by Gabriel Gonzaga and he did this really weird fall back and his leg was trapped underneath him in an awkward and painful position. I’ve seen things in our game that recreate that just with physics. It actually did that during a presentation. It’ll appeal to both casual and hardcore fans, because when you see moments like that where the knockouts seem super realistic and they’re not repetitive – they are rewarding based on what you do second to second in a fight. It makes a big difference to make the fight seem impactful.”

The recently released trailer shows how realistic it looks, and it looks incredible, especially on the current gen. With now incorporating the female fighters which is amazing to see, and having both sexes with so many different fighting styles, how is it coded and how many different fighters are mo-capped to make the game?

“We bring in a lot of motion-captured athletes and performers to capture the enormous amount of data required to simulate everything that can happen inside the Octagon. We always make sure we find people that either have the various martial arts disciplines, whether it’s karate, muay thai, taekwondo or wrestling etc. We have a roster of athletes that we bring in that are well-versed in those individual styles as well as being really talented mimics. We can show them a video of a strike or sequence, or a ring entrance and be like, “we need this” and these guys are essentially professionals recreating the nuances and bringing these characters to life. It is really challenging for us as you can imagine, to coordinate the logistics of bringing in every UFC fighter and put on a funny suit and jump around for a couple of hours.”

What changes have been made to the career mode and how long does it last in terms of seasons. I know UFC doesn’t have seasons like other sports, so how have you gone about making it differently to other EA games?

“There is a limit, but is driven organically dependant on your overall career damage. The more aggressive or defensive or the more carefree you are in your fights, you’ll start to accumulate career damage as you progress through your career. Depending on what you’ve accomplished, it might mean you’ll never win a title or it might mean you will. It all depends on how you choose to fight.”

And to all of you that are intrigued to know where Brian Hayes keeps his ketchup (which should be all of you), he keeps it in the fridge, naturally.

Video games are cool. Don't let anybody tell you any different.
MORE LIKE THIS
EA Sports UFC 2