previous
Game of Thrones: Episode One - Iron From Ice Review
random
next
World of Warcraft: Warlords of Draenor Review
1 like 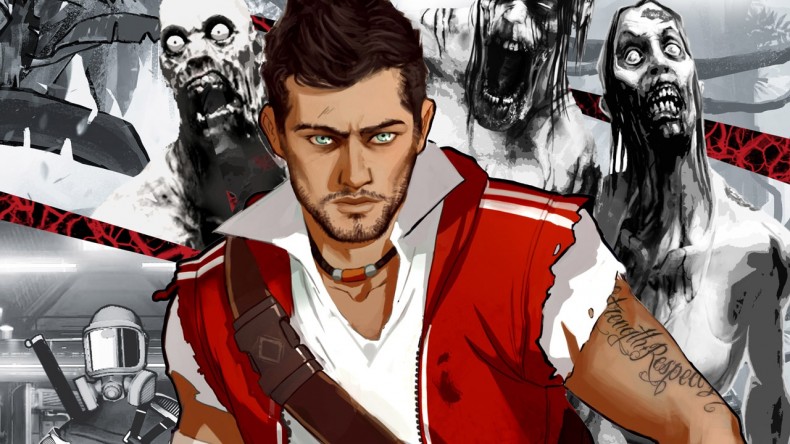 Things Escape Dead Island has taught me about Zombies:

1. They love walking into walls, never stopping but never actually going anywhere.
2. They often get stuck on slightly elevated platforms and become immune to melee weapons.
3. Even after you smash their face in with your big stick, they will respawn as good as new when you leave and re enter the area.
4. It is impossible to tell which way a zombie is facing unless you are two feet away or closer, but zombies can see you from a mile off, even if you are behind a tree.
5. If they sense they are about to be stealth killed they will stand up regardless of previous position just to make life that little bit easier. Perhaps the biggest issues out of that list are the final two. Stealth is, somewhat surprisingly, one of the main ways of navigating through the island. Taking out zombies silently and not disturbing others is a great tactic, as being swarmed by three or more will usually mean insta-death. At least, it would be a great tactic if stealth kills were simple to execute. In theory they are: just sneak up behind a zombie and tap A – but the shockingly poor graphics make it difficult to tell which way a zombie is facing. This not only makes it tricky to stealth kill them, but it will usually alert other zombies to your presence, too.

The zombies aren’t the only element with issues here. The island of Narapela is technically open-world, allowing you to venture wherever you want (although why you would want to explore, apart from the plethora of pointless collectables, is beyond me): however there are only 10 main locations, all of which are incredibly small and all of which are revisited time and time again across the 6 or so hour story. The repeated (and fairly poorly designed) areas become so boring to run through it is maddening, and to make matters worse, if an area isn’t loaded the game just freezes until it loads, making it look like it has crashed. Combat is also uninspired. You have a melee weapon with fast and heavy attacks, although heavy swings are fairly useless as the animation takes way too long, leaving you venerable to attacks. Also in your arsenal is a pistol and, towards the final few hours, a shotgun. Aiming your gun feels sluggish and unresponsive, and sometimes shots, especially from the shotgun, don’t even register as hits – but yet spamming shotgun shells is often the best way of defeating the annoyingly difficult Butcher enemy type, which is the hardest to kill out of the four that feature.

Although the zombies themselves aren’t actually that difficult to kill (unless you get trapped by a group of them) Escape Dead Island is really hard in the latter stages. So hard, in fact, that I started to swear aimlessly at the TV despite the fact I am usually incredibly calm when playing games. Perhaps the poor combat mechanics are a factor in this, or it could be the lack of information displayed regarding your health. Ultimately, I’ve decided it’s so difficult because a lot of frankly rubbish systems combine to make the entire game not only incredibly tedious but also painfully frustrating.

But what about the story? Welp, even more bad news: it’s about as riveting and as full of emotional depth as the short story my 8 year old nephew wrote in my birthday card the other month. The insufferable protagonist Cliff Calo brings his only two friends to the zombie-infested island to try and get a story in order to impress his dad who is effectively Rupert Murdoch. As you can probably guess the friends get into trouble, Cliff decides to be a hero and then you go around collecting key cards for about 4 hours until the story finally starts to make any sense whatsoever. Perhaps the only remotely interesting parts are the trippy hallucination sections, which are never properly explained but help break up the tedious gameplay. If they played a more significant part and didn’t have the same broken systems as the rest of the game, they could be really quite good, but as it stands they are the equivalent of a slight sheen of polish on a dry old turd.

Is Escape Dead Island the worse game I have ever played? Probably not, because despite its faults it does actually work sometimes and, dare I say it, can actually be slightly enjoyable on the rare occasions that all the systems gel together. But sadly, most of the time it isn’t enjoyable, the combat is boring and often unfair, the enemies are shockingly bad, stealth (although a nice idea) doesn’t really work and the story is complete garbage. I would struggle to recommend this to anybody, even hardcore Dead Island fans.

Hallucinations can be cool
Some things work sometimes

Zombies are awful
Combat is boring
A technical shambles

You really shouldn’t play Escape Dead Island. It isn’t fun, and the only real redeeming feature is that it is technically playable.