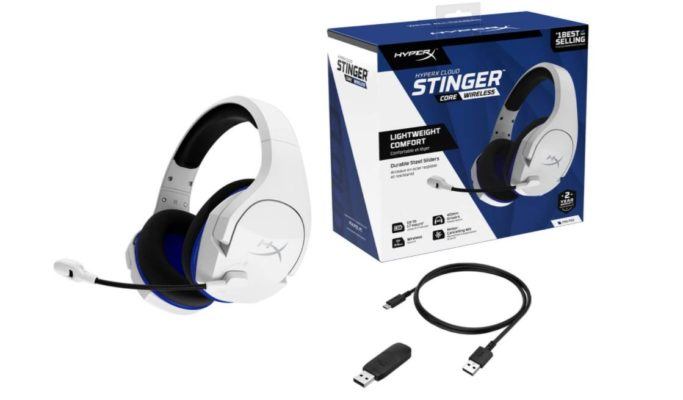 Going into the next generation of console gaming, it would appear that white really is the new black, with the PlayStation 5 launching exclusively in stark white and Xbox putting out the Series S in a similar colour scheme. While we gamers panic about the inevitability of “Doritios fingers”, tech manufacturers seem to be jumping on the bandwagon, as evidenced by the new Hyper-X Cloud Stinger Core Wireless Gaming Headset, which comes in a rather stunning ice white finish.

Retailing for around £74.99 it sits at around the mid-range price-point for a true wireless headset, which is impressive given its quality. Coming with a USB-C charging wire and a USB dongle, the Cloud Stinger works perfectly well a PC, PS4, Xbox One and even a Switch if you open up the back of the TV dock to plug it in. The 40mm drivers are protected by memory foam ear cups, and the device is so lightweight and comfortable to wear that you’ll forget you have it on.

You needn’t worry about latency or delays, either, as a 2.4GHz wireless connection maintains a steady input. I always prefer a detachable mic as I’m anything but a social gamer, but the Cloud Stinger’s mic is adjustable and never got in the way. 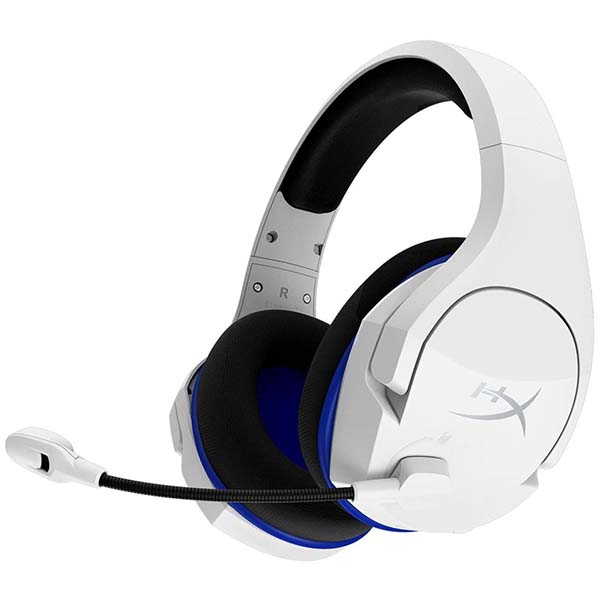 Battery life is impressive, too – while the manufacturer boasts 17 hours and I never tried it for 17 hours straight, I often found myself charging the headset for the sake of it rather than because it needed to be charged. I use this headset a lot, and I’ve never had the battery run out on me despite only charging it now and then.

Despite looking gorgeous the Hyper-X Cloud Stinger Core Wireless headset is pretty no-frills. There’s no equaliser, nothing to adjust base or treble, no fancy RGB lighting in the cups. It has an on/off switch, a volume dial and a port for the USB-C, and that’s your lot – but it’s a testament to Hyper-X’s design ethic that it still comes highly recommended. The sound quality is really very good, and it’ll hold up perfectly well on any device, whether you’re chatting, gaming, watching TV or listening to music.

Ultimately, there are cheaper options that do more, especially if you don’t mind, or prefer, a wired connection, but for this price, the Cloud Stinger Core is definitely value for money, and won’t let you down in any situation.