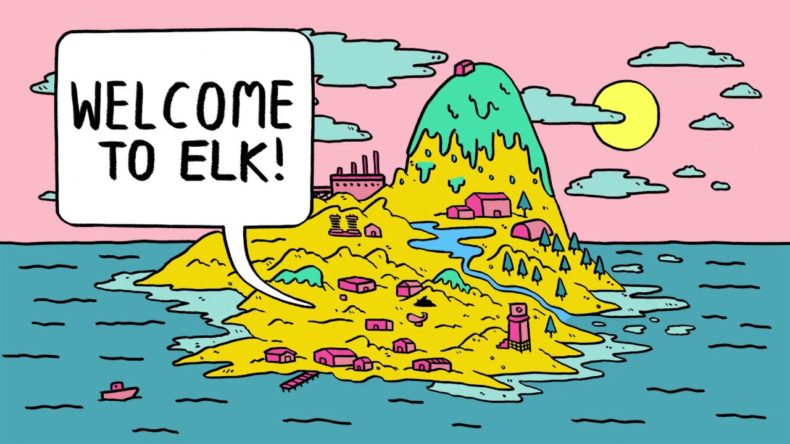 I am unsure how to describe Welcome to Elk, or even what it means. I feel that there’s a statement about oral traditions and how these can shape communities, but in the same breath, I am not even sure of that either. Fundamentally, Welcome to Elk feels auto-biographical in some way, a means of presenting the personal stories of the creators in such a way that they become a catharsis. I am not entirely sure that it works. It is a times a little too weird, but there is a kinship in speaking of shared trauma even if I personally didn’t feel too much from the stories told.

I don’t know what that says about me, to be honest. Like much of the purpose of Welcome to Elk, I don’t think I am even meant to be part of it. It feels very much like I am an outsider looking in on a culture and community I don’t comprehend. That’s not to say that I didn’t enjoy what I played, because, essentially I did. The skill displayed in the brevity of the story presentations as well as the striking visuals and varied mini-games make the two to three-hour experience of Elk worthwhile. Even if its existence feels like it isn’t made for you. 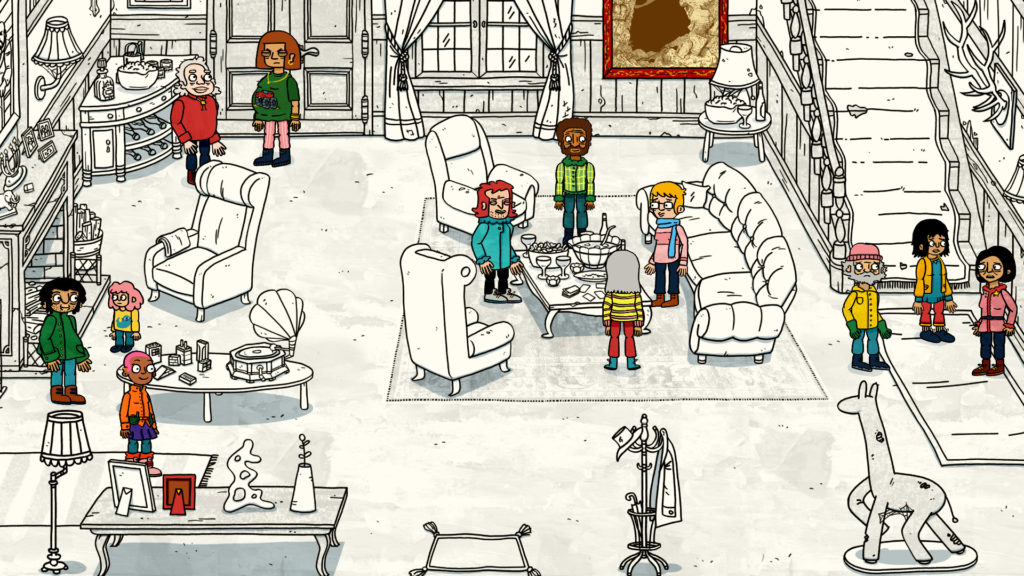 Welcome to Elk focuses on a small remote community where a young woman by the name of Frigg has come to stay to work with and learn from the local carpenter who is a friend of her father’s. Things don’t quite go that way though as she becomes increasingly embroiled in the lives and stories of the people that make up the small community of Elk. The stories range from the death both accidental and violent of individuals, the euthanasia of a pet rabbit, as well as the difficulties of being a lone woman in a remote community made up entirely of men.

The narrative follows Frigg one day at a time. There’s lots of drinking in the only pub on the island that lends a dissociative element to the stories. Frigg often ends her days having drunk too much and during her sleep has vivid dreams featuring residents from the community. These dreams then manifest themselves with bottles left on her coffee table featuring real-life stories that members of the team have recounted. Sometimes real-life interview footage is blended into the game where family members of the team recount their story. It feels deeply personal, and I think it is important that these are their own stories rather than those of others as I would question their right to tell them. 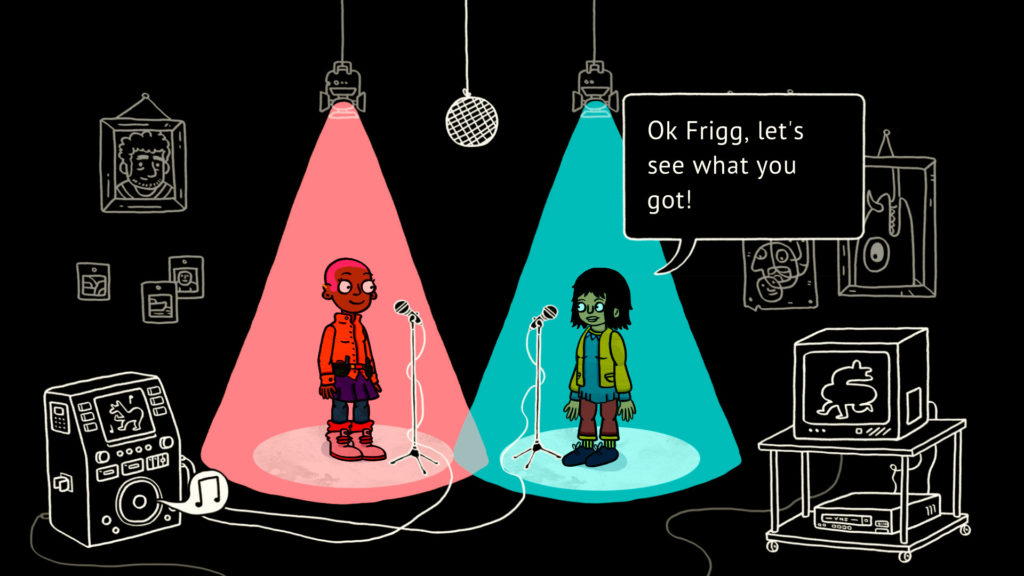 Much of Welcome to Elk’s draw is from it’s striking visual style. It looks quite crude, with simplified hand-drawn environments and people. The majority of it is in black and white, with the exception of the characters and objects that you can interact with. You mostly move around and chat with the inhabitants and listen to their stories, but at times you’ll be asked to perform tasks through a variety of mini-games. Each one of them is different and unique, you’ll be asked to perform a dance routine, play cards, build a bar from LEGO pieces, and even construct a trap to ensnare squirrels. These are some of the best parts of Welcome to Elk as they are consistently interesting, and help to break up what is essentially a narrative game.

I don’t know what to make of Welcome to Elk, I enjoyed it, but felt disconnected to the events in it. It feels almost voyeuristic to play it, like I’m eavesdropping on a conversation between old friends. What most struck me whilst playing though was the power of stories. A few years back I visited Iceland, aside from the astonishingly beautiful landscapes I felt a kinship with the people I met there. It struck me then, and again during my time in Elk that the people I met there were fantastic storytellers. In particular, the elderly gentleman guiding a group of us on a late-night trip to view the Northern Lights. He told us a story from his boyhood of the first time he saw the lights with his grandmother, and it was for want of a better word, spellbinding. That story more than made up for the fact that we didn’t get to see the lights because of a snowstorm brewing on the horizon, and it is one of my enduring memories from that trip. I feel like Welcome to Elk has tried to capture this idea of oral tradition being a critical aspect of remote, isolate communities, but for me, it doesn’t quite work.

Welcome to Elk is an interesting biographical game about how stories help shape communities. It features some interesting mini-games and a good cast of characters, but the stories feel a little too personal and at times you feel like an intruder.