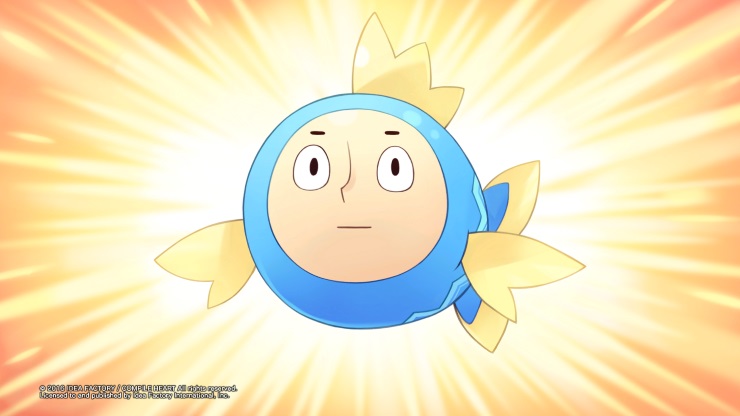 Over the last couple of years, there have been so many Neptunia games in the form of the Re;Birth remakes and spinoffs. It almost feels like we’ve had too much Nep Nep, but there hasn’t been a mainline entry since 2013 and Megadimension Neptunia VII brings Neptunia to a latest console. Compile Heart isn’t new to the PS4 with Omega Quintet being the first JRPG made for the PS4, but Megadimension Neptunia VII is more of the same with some notable improvements in the visual and performance side of things.

This is actually three tales in a single package and Compile Heart considered releasing these three games separately at first. Each of these three stories has their own title screen and theme which is a nice touch. Neptune finds a console reminiscent of a Dreamcast and it transports her to Zero dimension. There’s still the goofy and funny writing that you either love or hate at this point in the franchise. There are visual novel style heavy dialogue filled story segments and also a good amount of cutscenes here. There’s still the meta aspect of each character representing a console and seeing people’s allegiance to a certain console change is still present. While everything in the story will make sense to newcomers, knowing a bit about the characters and previous games will enhance the story for you. The Neptunia mainline games and remakes keep me engaged thanks to the turn based combat. I’m a huge fan of turn based combat and VII improves upon combat in the previous entries with a few enhancements. Your free movement during combat is displayed in a progress bar that empties depending on your position and there are some new character link attacks. The ability to skip animations at will by pressing L2 is a worthy addition to the times I had to grind thanks to the usual Compile Heart difficulty spike. Combat feels a lot smoother thanks to the super fast loading in and out of battle and the frame-rate on the PS4.

There’s now a world map where you can move from node to node to get into a dungeon or event. While moving through nodes, you are also subjected to forced random encounters. This isn’t such a big deal early on but when you do try and go back to town to heal up after spending some time nearly dying in a dungeon, it gets annoying.

Most of my complaints, though, are aimed at the visuals. While a lot of it (including character portraits and battle animations) looks great, dungeon assets have been reused. Enemy design is also pretty weak. In motion though, it outclasses the previous Neptunia games and even makes Compile Heart’s Omega Quintet look worse than it does. The leap to the PS4 has definitely been worth it for Neptunia but I wish Compile Heart had done a bit more work into making the visuals feel good and consistent. It is jarring seeing some dungeons look much worse than others. Hopefully the next instalment or remake in the franchise will have Compile Heart actually make something that doesn’t look dated in many ways. If you’re a fan of either Japanese or English voice acting, you get the option to switch between them here, but the Japanese dub is free DLC and not included in the base game. While I do enjoy English dubs, there’s a lot of dialogue not voiced if you select English here. I ended up switching to the Japanese dub for the remainder of my journey here. Musically, Neptunia VII has the best soundtrack of all the games with catchy tunes. The English dub also has repeated dialogue when you jump in dungeons and I got sick of listening to “Like a Kangaroo!” in the first dungeon of the game itself.

Megadimension Neptunia VII is a step in the right direction for the franchise. I love how fast things feel thanks to Compile Heart knowing how to use the new hardware and the enhancements made to combat, but I wish there was more. None of the changes are groundbreaking. After enjoying almost all the Vita Neptunia, VII is the best Neptunia game I’ve played but the reused assets and lack of full voice acting detract from the experience. If you’re a fan of the franchise, you will love VII but this is not going to change your opinion of it as an outsider. I’d still recommend playing the Re;Birth games on PlayStation Vita or PC for newcomers to the franchise.

Megadimension Neptunia VII shows that Compile Heart understands how to use the hardware to make their games feel faster and play better but is again let down by the same flaws the series has had for the last few games.