The Walking Dead: Michonne – Episode 1: In Too Deep Review 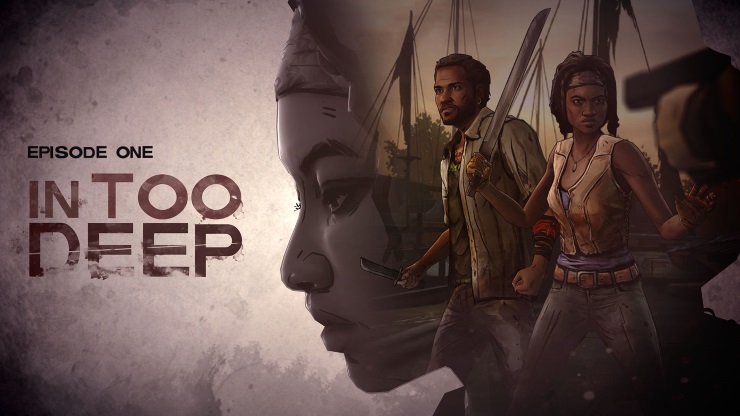 The Walking Dead is by far one of the most successful properties of the last fifteen years, and it’s all thanks to the hard-hitting tales from the genius mind of Robert Kirkman. In 2003, issue #1 of The Walking Dead comic was published, bringing some of the most heart wrenching stories ever to be seen or read, and introducing the world to a diverse band of characters that faced the apocalypse, looking death and sorrow in the face every single day.

With the majority of its attention arising from the wonderfully bleak television show starring Andrew Lincoln and Norman Reedus, it was a pleasure to see Telltale Games bring the focus back to its source material, creating two record-breaking video games from the world of Kirman’s vision of The Walking Dead. Now, after well over a year since Season Two was released, Telltale is back with The Walking Dead: Michonne and it is just as good as ever.

The story takes place between issues #126 and #139 of the comics where Michonne left Rick, Ezekiel, and the rest of the group to deal with her own sanity in the hopes of putting her demons to bed. You are part of a crew on The Companion, a ship that picks up a distress signal from a stranger. Setting the story on the water is a refreshing change because dull woodland and dilapidated housing can be consistently morose and all too familiar. Right from the start you’re reminded of how unforgiving The Walking Dead can be, and after a fantastic opening scene involving high levels of tension and emotion, In Too Deep goes from strength to strength. We’ve seen Telltale harness the power of music excellently before (Tales from the Borderlands for example), but Dorothy’s ‘Gun in my Hand’ is easily one of the best songs I’ve heard in a video game before.

Throughout the episode, you’re introduced to a lot of new characters, but it never feels like any one of them are simple filler. Every character fills a purpose; from the potential love-interest of Pete to the vile Randall, each personality feels fleshed out and written with detail and aplomb. In typical Telltale fashion, the choices you make will be affected by the way you care about the characters around you, and within an hour of the story you’ll already start to feel protective over your new friends.

Michonne has always been one of the more complex characters, and to finally see more of her in her own story was the perfect choice. Samira Wiley (Orange is the New Black’s Poussay) does an incredible job of representing the troubled antagonist. Samira has a soft and calming voice, and her ability to make you feel compassion and empathy for Michonne is instantaneous. You’re right there with her, wanting her to overcome the sadness in her heart, and even though you may know the reasons for her going back to Rick Grimes in the end, it’ll be interesting to see her journey to that point. There are plenty of dialogue choices and the way you answer will change the way people view you and how the story pans out. There aren’t a huge number of pivotal decisions to make in this episode, but when you are greeted with them, there is no time to think. Most decisions have a time limit so you can’t make a nice cup of tea whilst you mull over the options, but certain choices do have longer than others. The controls are as straight forward as ever and that’s absolutely fine; the most important aspect of any Telltale game is the story and its characters so giving you minimal buttons to press keeps things simple.

The pacing is excellent and the unpredictability is ever-present: one minute you’re looking around a ferry’s exterior and the next you’re dealing with a sudden attack from a herd of walkers. You can never relax, you can never take the quiet for granted, and you can never assume you’re safe. You’re going to encounter some dangerous set pieces involving a whole manner of individuals and the way Telltale does this is second to none. They have had plenty of time to hone their craft over the years and this episode is a perfect example of how dramatic storytelling should be done. There are mild frame-rate issues with some strange pauses between character interactions and the Thunderbirds-like movement of character heads can be a little off-putting, but these minor issues are by no way detrimental to stunting your enjoyment of it. These issues have been a part of Telltale Games’ The Walking Dead from the very first episode of Season One and if they haven’t gone by now, they’re probably sticking around for good.

The Walking Dead: Michonne has started off incredibly well and the next two episodes have a great deal of potential to be some of the best yet. The settlement of Munroe and the people therein have the opportunity to rival those seen in the quaint town of Woodbury and I can’t wait to see what happens next.

The Walking Dead: Michonne is off to an excellent start, bringing back all the tension and emotion that we have come to expect from the highly regarding series.

The Walking Dead – Chapter 2: Retribution is coming to PlayStation VR2