previous
Why You have to Play The Legend of Zelda: Skyward Sword in 2021
random
next
Blade Runner: Black Lotus cast announced
0 comments 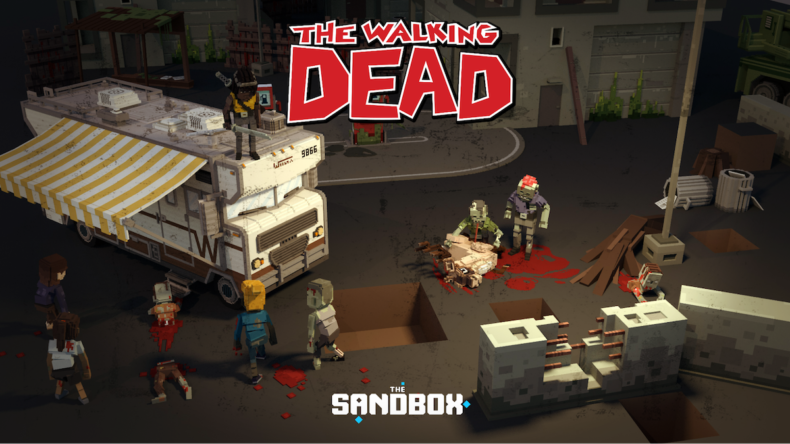 The Walking Dead in The Sandbox Gaming Metaverse

Unite with friends and other players as you overcome the day-to-day requirements of surviving a walker-infested habitat.  Scavenge for food, gather resources, build walls, nurture relationships, make alliances and more. Voxel versions of favourite The Walking Dead characters can be combined with a horde of assets.  Characters such as Rick Grimes, Michonne and the iconic walkers will feature.  Players will be able to recreate memorable comic book storylines to play through or to forge their own original adventures.

Create your own fan-made adventures and stories featuring characters and assets from The Walking Dead franchise.  Or just showcase the assets you own in a digital gallery or museum.  Players also have the possibility to get pieces of virtual real estate close to The Walking Dead’s spot in the metaverse.

Dan Murray, Co-CEO, Skybound Games & Merchandise had this to say:

Bringing The Walking Dead comic book franchise to The Sandbox metaverse will offer fans a groundbreaking opportunity to play, create, socialize, inhabit and interact within a novel multiplayer gaming virtual world.  It was important to us to offer a rich The Walking Dead experience in The Sandbox and leverage this first chance for players to create and share their own, user-generated new adventures featuring characters created by Robert Kirkman.

The Sandbox is scheduled to launch its first public Alpha for players in Summer 2021.  Players will be able to experience a social hub and gain the power to build a collection of fantasy and role-playing adventures.  These can be traded with other players, creators, and artists on the platform.

You can play The Sandbox on Android, iOS and also Microsoft Windows.

Skybound Games will complete The Walking Dead: The Final Season, Skybound will work with original devs