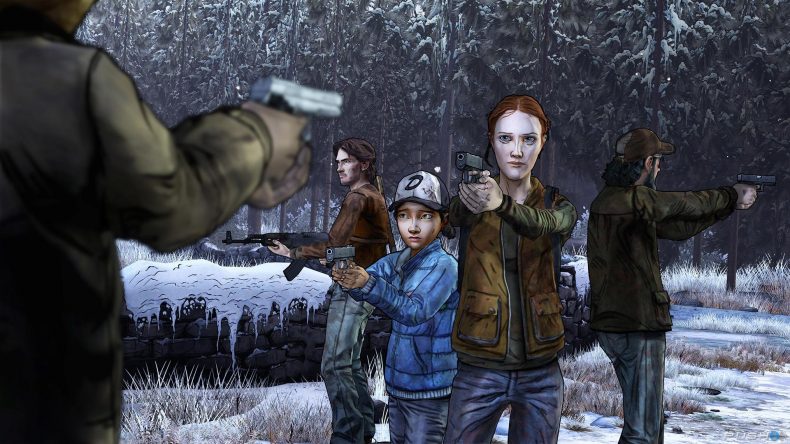 With seasons 2 and 3 being added today, Telltale’s The Walking Dead is now complete on Switch. If you want to see the harrowing tale of Clementine in its entirety, you can now do it on your commute. Also announced by Skybound Games, is that the full collection of zombie games are also coming to Steam next week. Now there’s no excuse not to play the Telltale story that started it all.

All of these additions are in the run up to the release of Skybound’s new Walking Dead VR game coming tomorrow.

“The Walking Dead fans can also look forward to the release of Skybound Games’ and Skydance Interactive’s next game release, The Walking Dead: Saints & Sinners this Thursday, January 23rd. The first virtual reality (VR) game based on Robert Kirkman’s comic book, Saints & Sinners is set in the flooded remains of New Orleans and will challenge players to make their way through the iconic quarters which have become a brutal, unforgiving wasteland.”

The Escapists: The Walking Dead is getting a free Survival Mode

Labyrinth Preview: a CCG with a difference