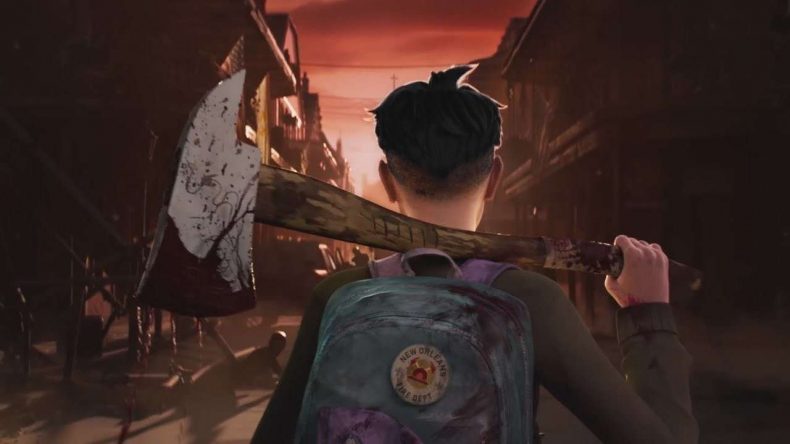 Skydance Interactive and Skybound Media have announced that their latest game, The Walking Dead: Saints & Sinners, is now available for Oculus Rift, Rift S, Quest (via Link Cable only), and HTC Vive. Set in the expanded universe of The Walking Dead, the game featuring an original storyline taking place in the dilapidated ruins of New Orleans. Herds of walkers meander through the city devastated by the undead outbreak. You’ll explore the world whilst surviving against walkers and humans alike, scavenging weapons and supplies, all whilst making brutal moral choices in the journey to uncover the mystery to save the future of New Orleans.

“With The Walking Dead: Saints & Sinners, we set out to create an experience that players and fans could fully immerse themselves in, which you can’t get from playing a console or mobile title,” said Adam Grantham, Creative Director at Skydance Interactive. “We wanted to give players an original story that truly belonged within The Walking Dead universe, from the environments, the narrative and the combat to make them feel as if they were truly living in this gruesome world.”

You won’t just be playing The Walking Dead: Saints & Sinners, you’ll be living it. Climb buildings or attack from above, use your movements to stab a knife through the side of a walker’s head, or use a bow to attack from range. Skydance Interactive want you to use physical effort to survive, and it could provide an intuitive and exciting way to play. It’s available digitally now on Oculus Store and Steam. Although it’s not being released just yet for PlayStation VR, it’s expected to arrive Spring 2020, with a standalone version for Oculus Quest available later on in the year.

If you missed the trailer for it back in October, you can watch it here: