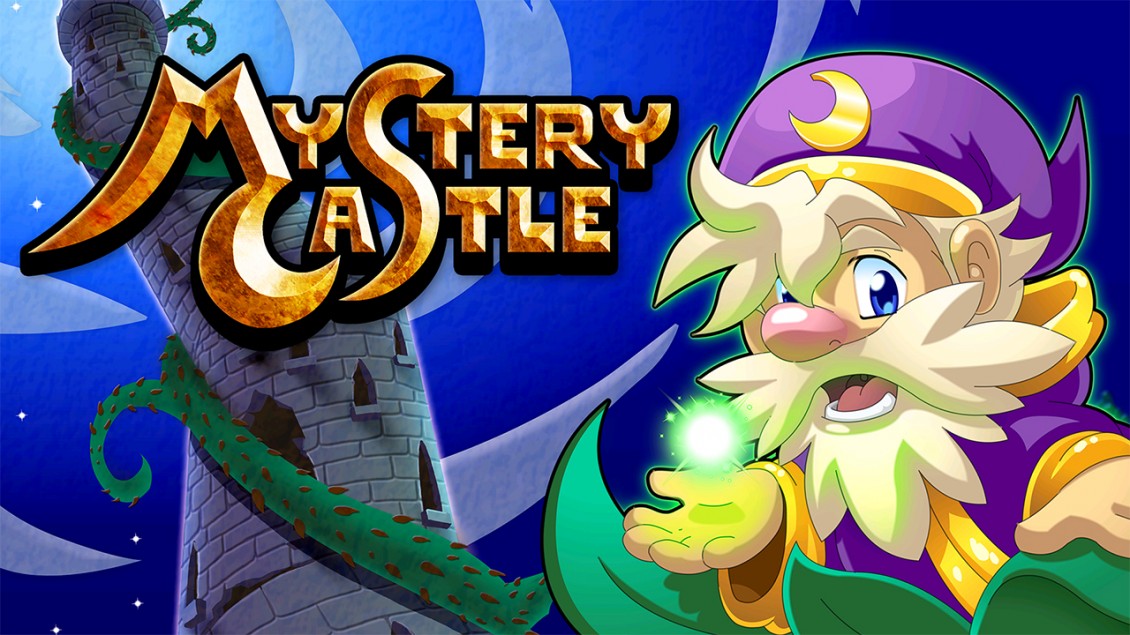 Mobile games don’t often translate well to home consoles/PC, usually due to bad ports, or the touchscreen controls somehow not finding peace with a controller layout. This depends, of course, on how well made the game is in the first place, or how simple its controls and gameplay are in relation to a control pad. Runestone Games’ Mystery Castle is one of the few mobile games making its way to the Xbox One, and it manages to make the transition fairly well.

Offering 180 levels across five castles, Mystery Castle is a game of logic. Viewed from a top-down perspective, each level requires the collection of five items in order to unlock the exit. Sounds simple, but that’s where the puzzles come in. Early ones are a simple case of collecting keys to unlock doors, or pushing blocks to create bridges, but things soon escalate as you progress and it can become head-scratchingly difficult. With more and more new mechanics added within each new area, puzzles become increasingly more complex and failure is inevitable. Luckily, an almost total lack of load times mean that instant restarts really are instant.

You play as Monty, an apparently portly wizard (the game’s humour is almost entirely based around weight jokes) who has been tasked with discovering the source of five castles’ problems. Within each castle he will meet a new character, usually there to tell the entirely unnecessary story and to explain new puzzle mechanics to the player. None of this is really needed, but it is somewhat welcome as it sets the tone for such a lighthearted adventure.

Its visual style plays a big part in that tone too, and will be instantly familiar to anyone who has played Spelunky, with its gorgeous 2D visuals and colourful palette, not to mention its art style. Mystery Castle is brimming with character, with its bright colours offering something very different to the browns and greys seen in the majority of today’s games, and its actual characters are nicely realised too. There are also bosses at the end of each castle. Boss designs are as well done as the rest of the cast, though the actual battles are dull in their execution. All five stand still whilst you work out how to push three objects into them (get your mind out of the gutter), exploding and eventually killing them. Perhaps it’s the Dark Souls fan in me, but it would have been nice to see multiple phases in each battle, making the player think on their feet in order to defeat the boss.

This lack of imagination extends to the general design within the game. The visuals are nice and the level design does work well, but there are almost no instances of multiple solutions to puzzles. This linearity means that the replay value of Mystery Castle just isn’t there. It also becomes incredibly repetitive as the game wears on, with the same puzzles cropping up again and again – push block to bridge gap over abyss, press switches, find keys to unlock doors, push more blocks…you get the point – so it can become quite tedious after a while. And when progress is as slow as it is in Monty’s adventure, these problems become magnified. For once, a game could actually do with cutting away a few levels, sacrificing a bit of gameplay time for the sake of a more varied and fun experience.

Not to say that the game isn’t fun to play. Its simplicity and relaxed pace will ensure that a wide audience can enjoy playing, though I’d wager that the majority of those finishing the story will be the more dedicated puzzle fans. Most others will have long tired of the overused puzzle mechanics after a few hours. It’s definitely a good experience for puzzle fans, though the more hardcore ones will likely find minimal challenge here, and others may enjoy its easygoing nature. But with a little more variety in puzzle design and bosses, Mystery Castle could have enjoyed success similar to that of Professor Layton and the many games he inspired.

Easy to pick up and play.
Lovely visual design.
Puzzles that anyone can solve.

Despite its colourful exterior and nice design, Mystery Castle suffers from a few too many repetitive levels to really excel.