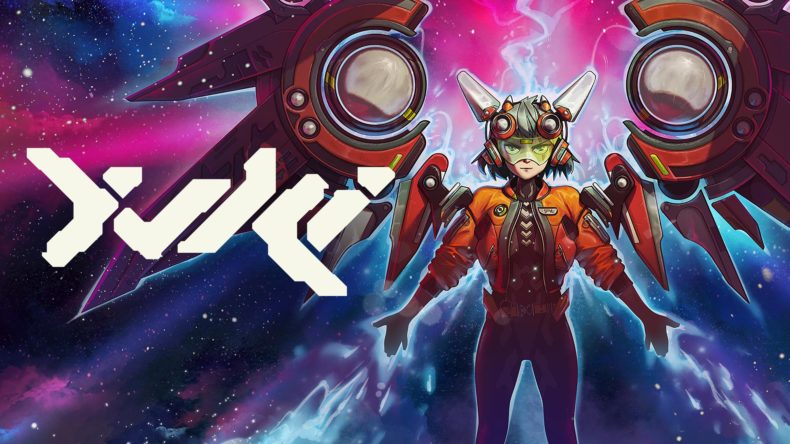 The premise of YUKI alone was enough to pique my interest. A virtual reality take on the Japanese bullet hell shooter, you say? I’m there, dude. And, even though I was frequently spent after a few run-throughs, this is a lovely little game and one of my favourite PSVR experiences in what has been low-key a decent year for the headgear.

YUKI opens up in the bedroom of an anime-obsessed schoolgirl, enamoured by a fictional character called Yuki The Space Ranger. Flipping open a box in front of you reveals an action figure of the aforementioned hero. All wings and sleek anime design, Yuki could have been ripped straight from a Cave shooter. You are whisked into the fantastical imagination-world of the young lass, which means an incredibly intense third-person, rogue-like rail shooter. 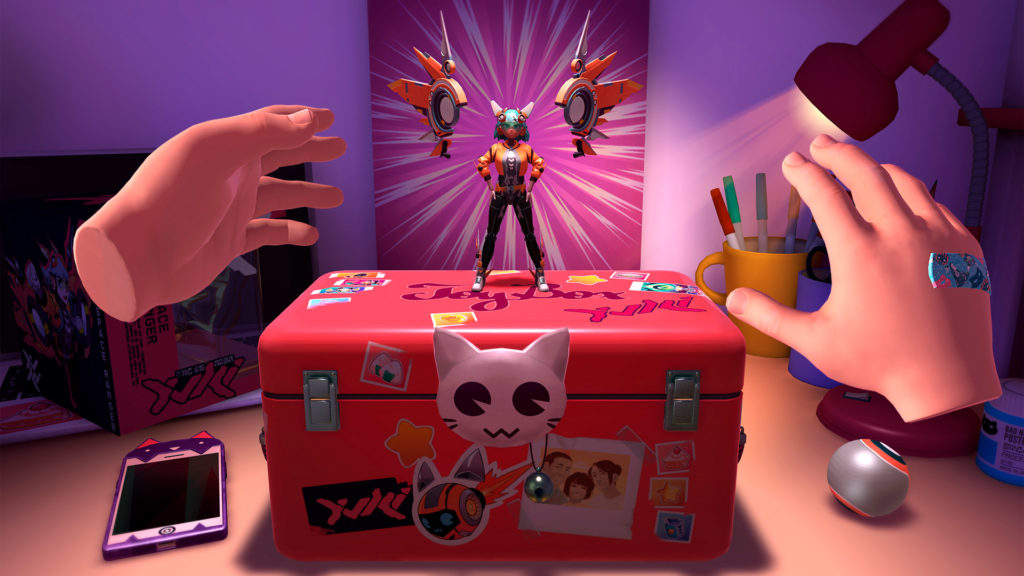 Some of the gameplay recalls the likes of Rez or the Panzer Dragoon titles, however the way that danmaku stylings have been implemented her is borderline genius. You control Yuki using two Move controllers. The right looks after movement, aiming and shooting, whereas the left controls a feline-styled floating orb that is used to hoover up power ups and collectables. You know how in a 2D bullet hell game you have to collect all kinds of medals, gemstones and other stuff that spills from your defeated foes? This cute cat ball thing does that here.

Apart from some impressive and memorable boss designs, the enemy grunts, AI and movement patterns are for the most part pretty dull and uninspiring. The shooting and weaponry could do with a bit more grunt and oomph, it needs to feel meaty and destructive. What isn’t dull are the swathes of bullets you need to twist, turn and negotiate. This aspect of the game is incredible fun. It becomes quite physical as well – you will need plenty of room if you are to attempt to play this one standing up. Yeah, my arm hurts, but I just burned off that half a box of mince pies I had earlier. 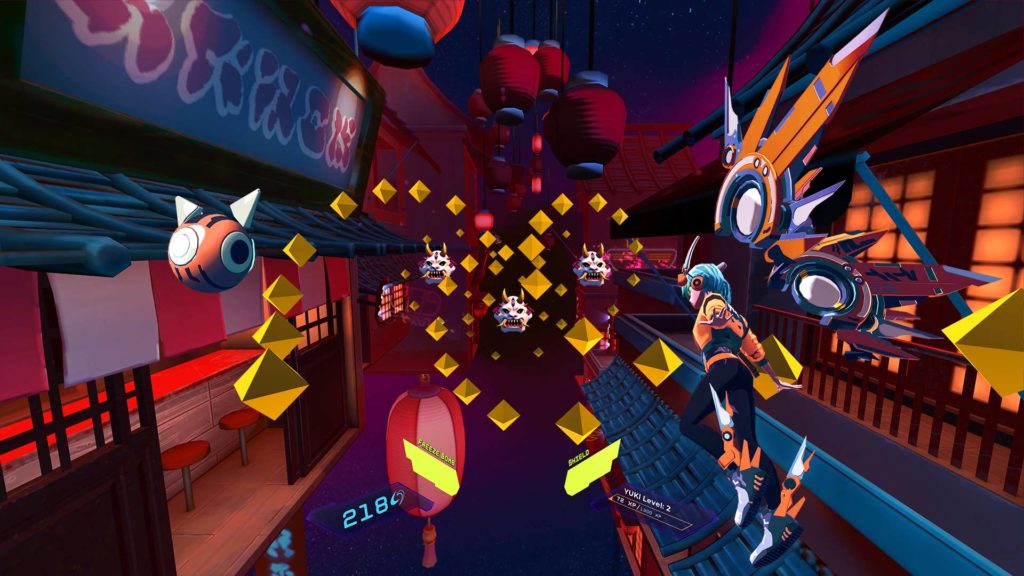 Every run is ostensibly different – however there’s not a huge amount of variety on offer. As can often be the case with randomised levels, sometimes you end up in situations where you have no hope of progressing – such as being thrown into a crazy maze of beams and structures whilst a bunch of enemies fling balls of ordnance at you from every angle. Thankfully this doesn’t occur that often.

What is cool is the way that once you get wiped-out on a playthrough you can spend the in-game currency you have hoovered up on pimping Yuki with improved firearms and abilities. Once you rub out the end boss, there isn’t a great deal left to play for, but what you do get is fun, looks terrific, and gives a high-octane approximation of what it would be like to vicariously spend a day inside a Japanese TATE arcade cabinet.

Yuki is fun, looks terrific, and gives a decent approximation of what it would be like to spend a day inside a Japanese TATE arcade cabinet.