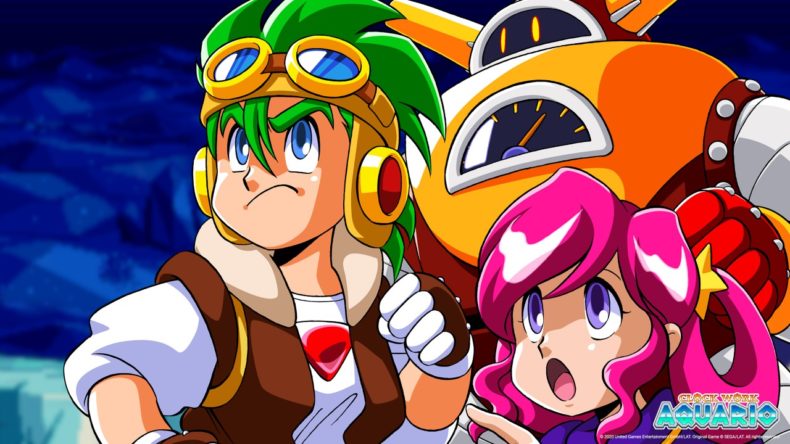 Playing Clockwork Aquario is more than just a warm, enveloping retro hug. It is essentially gaming archaeology. Just like scientists extracted DNA from amber encased mosquitoes and used it to create the dinosaurs we now know and love, Strictly Limited Games took the unfinished code of legendary devco Westone’s final arcade release, and used it to bring this fun platformer into modern times.

Westone Bit Entertainment are quite rightly most famous for their still-brilliant SEGA-published Wonder Boy, a title which turned 35 this year, and which I gleefully spent time playing recently on a jaunt to a local amusement arcade. The success of this classic led to numerous sequels, including some wonderful RPG tinged affairs, and the shooter/platform hybrid lunacy of Monster Lair. It is the latter that Clockwork Aquario is most reminiscent of. 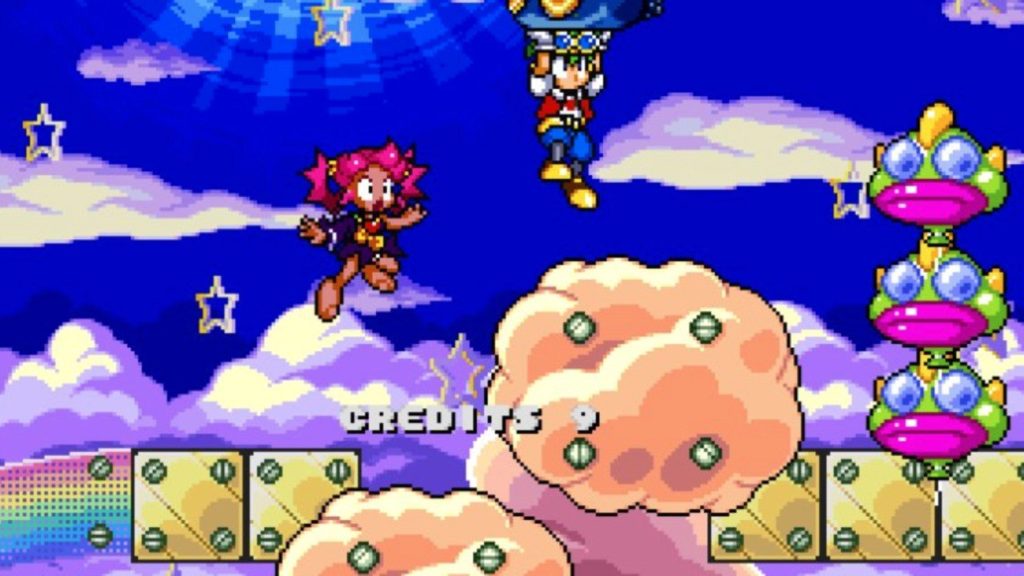 Intended to be released in 1993, this previously mothballed platformer was developed on SEGA’s System 18 (Alien Storm) hardware. Westone had already released their oddball tank shooter Aurail on the same lineage of arcade hardware, but had been away from the coin op lark save for the Final Fight clone Riot City in 1991. After it tested poorly, Aquario was permanently placed on the shelf, and Westone never developed another arcade title again.

Thankfully, with help from some of the original developers, this restoration project and labour of love has given us a fine, quirky slice of arcade action that is well worth your time. It is an intensely colourful, resolutely 90s scrolling platformer that can be played co-op, that sees you aim to defeat each level and its madcap boss by employing a number of unique attacks and abilities.

You can slap your foes, which places them into an inert state, and then pick them up and throw them. You can jump on their heads, in order to rub them out or use them as stepping stones, or even headbutt certain foes from below. When in co-op you can even pick up your partner and sling them around too. There are all the standard platform tropes. Spike pits, moving platforms, precarious jumps, enticingly dangerous power ups, bonkers cartoon enemies. You have seen it before, but it still feels good. 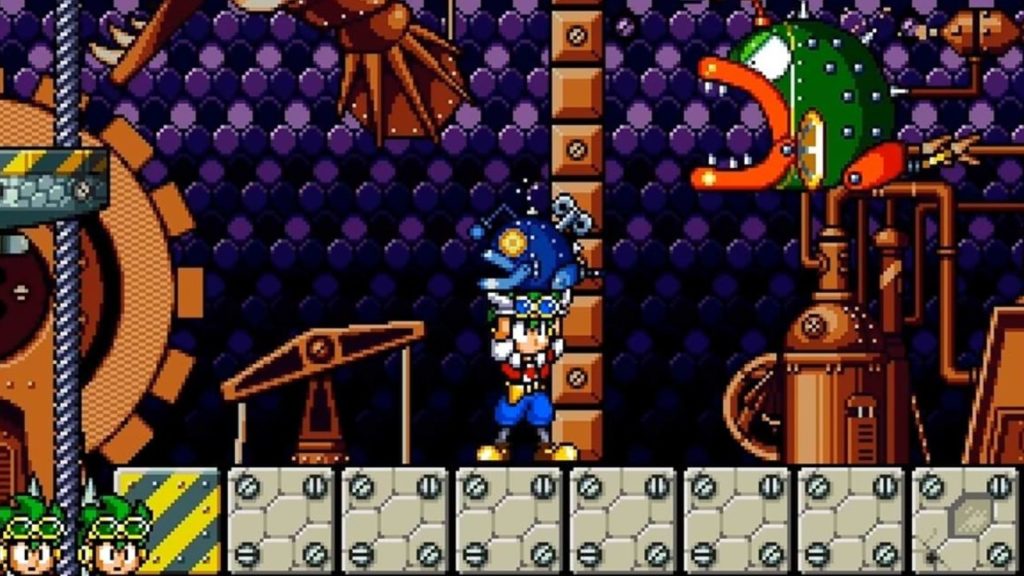 It is terrific fun right from the get go, easing you in before quickly ramping up the difficulty. There are three selectable characters who admittedly don’t play that differently, but look great and are very much in keeping with the vintage Westone Wonder Boy style. Hell, even the logo of the game and font used in the lettering looks like it could have been a Monster Lair sequel.

There are options to play at verying difficulties, mess around with dipswitch settings, view unlockable artwork and even play unlockable co-op minigames that cannot be experienced solo.

It won’t take you long to crack this one in its entirety once you’ve mastered it, but it’s one hell of a fun, nostalgia-inducing ride while it lasts. I love the concept behind this one – preserving a half completed game and restoring it the same way one would repair a classic artwork, or reel of film. I want to see more stuff like this. Great stuff.

Great to see this kind of thing happening
Looks, sounds and plays great
Lots of stuff to tinker with

Very short
A little too easy

Clockwork Aquario is a restorative labour of love 27 years in the making. What’s not to like?