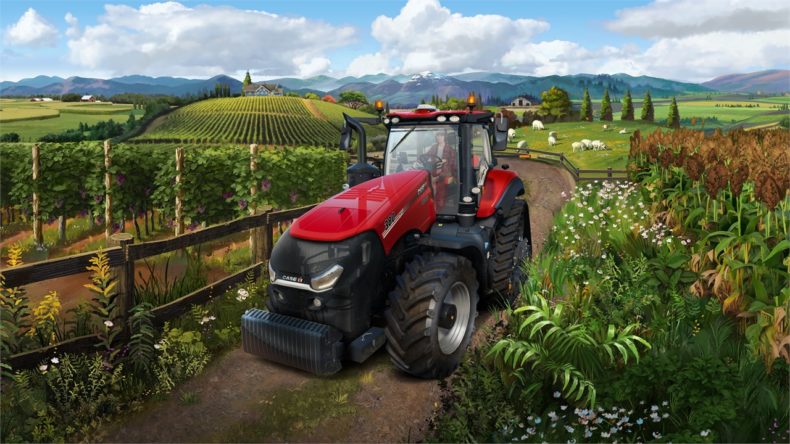 For a while now, Farming Simulator has been the main series for those budding agriculturists. Previous entries have been kept alive thanks to a thriving modding community, but now it seems GIANTS has harnessed some of their ideas and implemented them from release. The biggest addition to Farming Simulator 22 is seasons. While having the option to work across summer, autumn, winter, and spring, it also makes the whole experience a huge time sink. If you’re wanting to spend hours and hours working towards a burgeoning farming empire, now is your chance.

For new players to the series, Farming Simulator 22 will perplex the most eager among you. There’re seldom tutorials to provide you with the absolute basics. However, the majority of information is in the menus where you can read up and study how to make money, tend your crops and animals, and more. It’s a heavy-going process. If you don’t have time, then it’s not going to appeal to you. You need to be ready for the long haul otherwise your patience will run thin fast. 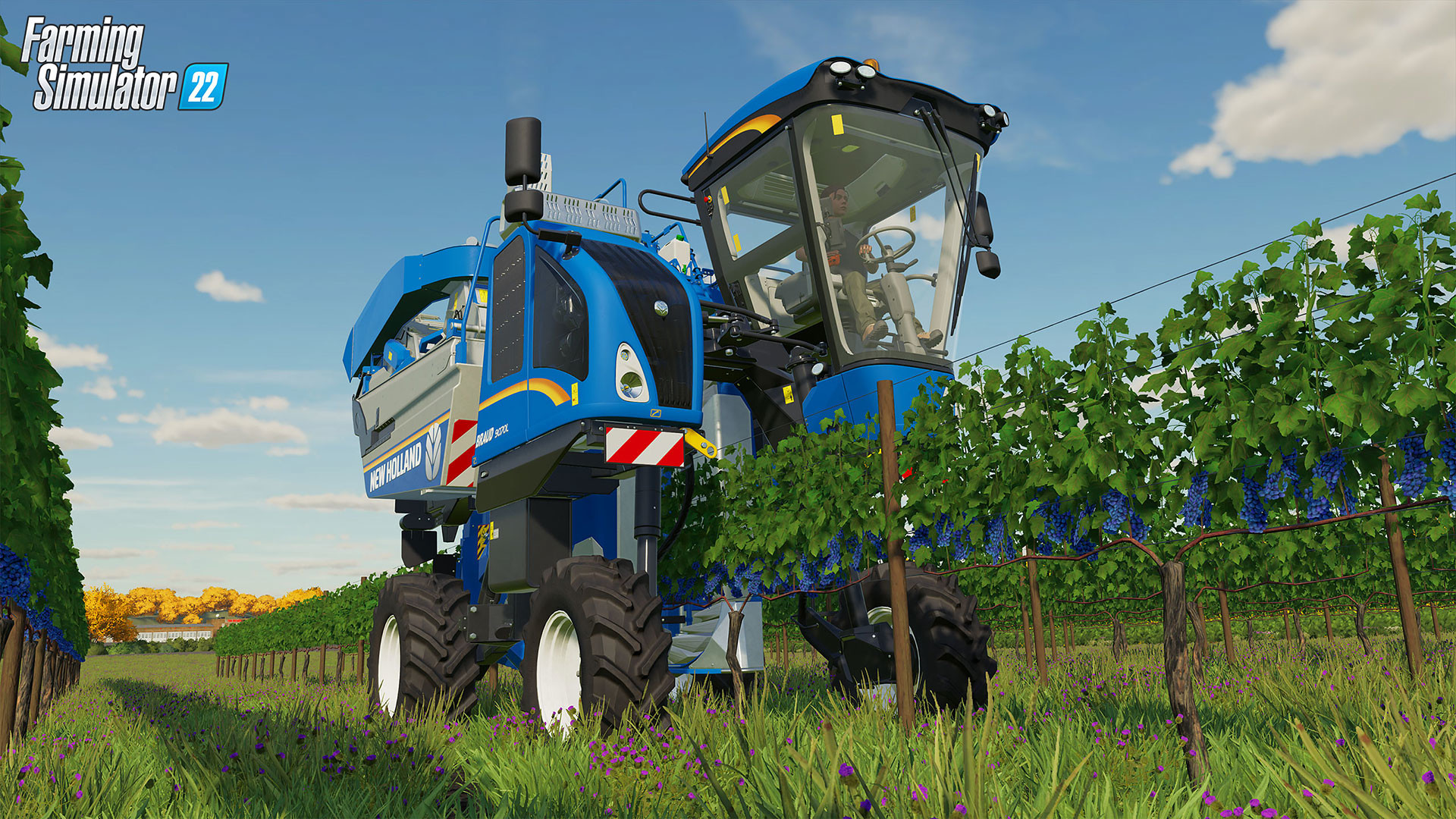 I don’t want to labour the point, but things don’t get going until you’ve built up supply chains. These can be hugely rewarding, but with so much effort needed to be put in, you won’t see the benefits for a while. When you do get into the swing of things and understand all the systems, these lines of production can yield some high rewards. Following the process from harvesting wheat to selling at the bakers shop when turned into bread offers a satisfying feeling. Taking milk from cows, turning to cheese, and selling to pizza places is another viable option as well.

There’re plenty of ways for crops and produce to be turned into ingredients and also end products. It gives you options for how you want to market your supplies. Instead of selling or transporting these crops to local businesses and mills, you can buy your own and place them on your farm. Also, if you just want to outright buy local businesses out, the option is there to do so. As mentioned, it’s an arduous process designed for those who intend to sink hours into Farming Simulator 22. If your willing, then the new production chains give a whole new method of play that hasn’t been seen before. 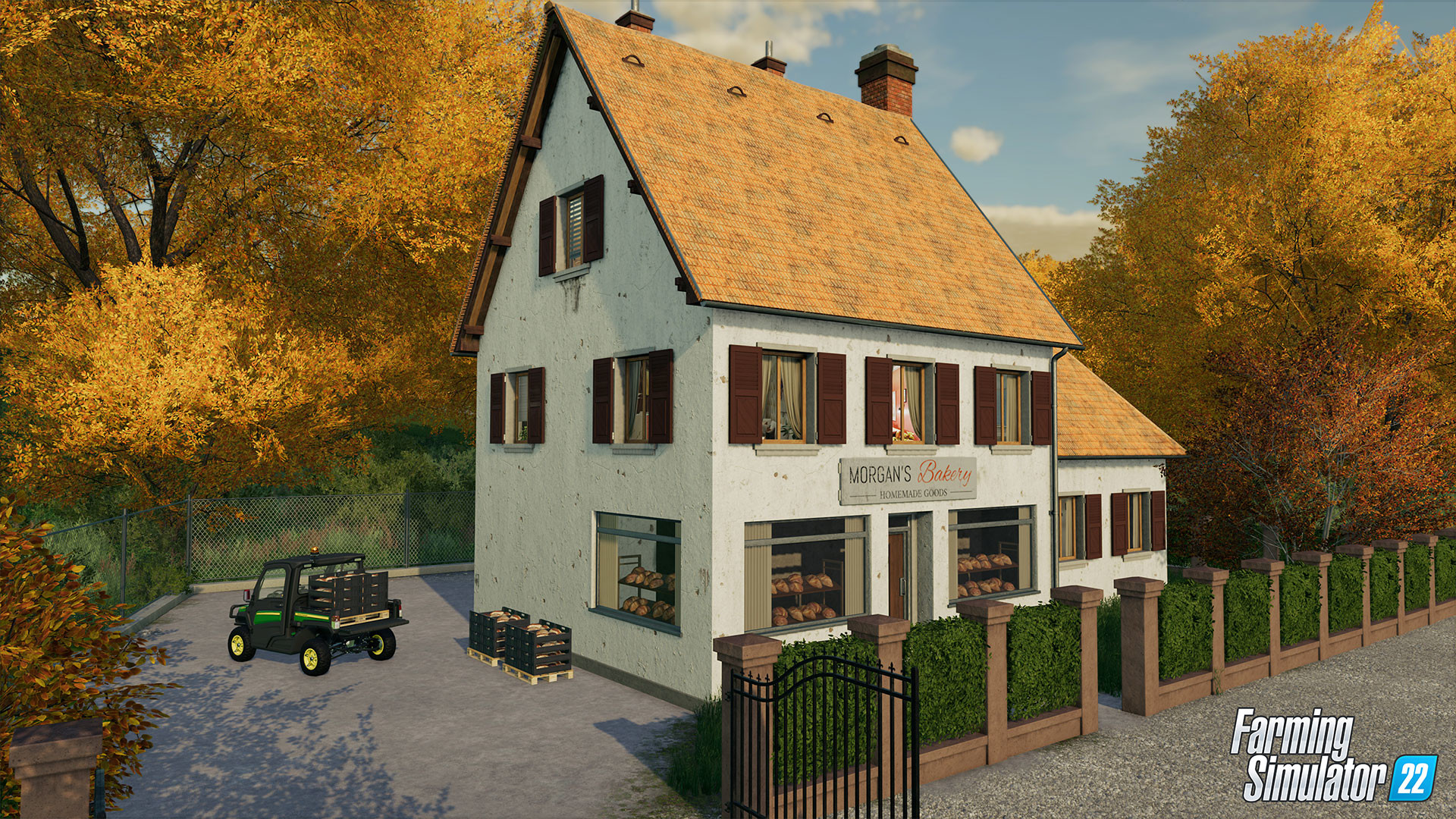 The basics of Farming Simulator 22 haven’t changed. Cultivate the land, plant seeds, take care of the crops, then harvest when the time is right. Thankfully, a lot of these tasks can be assigned to AI workers. Sometimes, jobs require the player to undertake, such as animal maintenance and chopping down trees. Still, the bulk of the farming can be given to the AI, which makes day-to-day running of your farm less of a repetitive loop. With the new seasons, certain crops can’t be grown. The mode can be turned off or sped up somewhat, saving a bit of time if you’re not wanting a definitive simulation experience.

Farming Simulator 22’s gameplay has been improved a lot. Controlling the mechanical beasts feels more responsive and authentic. Driving across fields and controlling different vehicles all have a unique feel to them. Visually, everything looks great. Mud flies up off the field as you cultivate the land. Stray wheat causes a layer of dust to cover the land as you’re harvesting. The three main farms you start with are all diverse in the way they look as well, from the peaceful alpine region to Midwest America. The machinery is also incredibly detailed, with official brands all bursting with impressive decals. 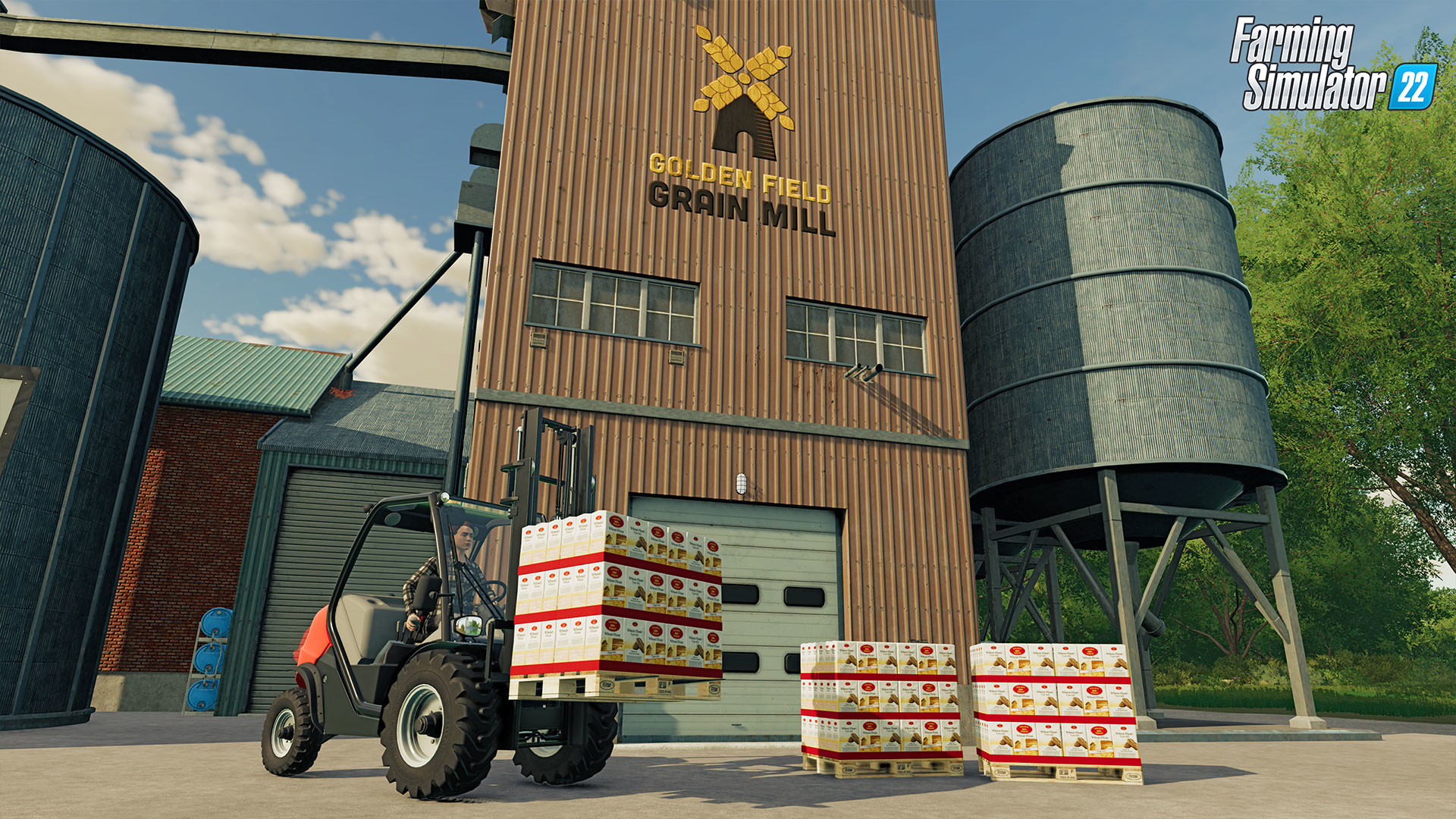 Farming Simulator 22 is an immersive agricultural experience. For players who’re willing to spend hours trying to make the most of their farm, it offers a lot. You can choose to focus on your crops, animal husbandry, or forestry. Fans of the series will be grateful for the official implementation of seasons, and the production chains mean there’re even more ways to make money and grow your empire. It doesn’t cater for new players in the same way, but there’s still a hook for amateurs to get going. With some lovely visuals and a faithful simulation of real-life farming, you’re not going to find a better game out there.

Farming Simulator 22 is a deep dive into the farming experience, giving players a lot of ways to make money if they're willing to put in the time.