When Oddworld: Soulstorm released earlier this year, it both impressed and frustrated players. While the game itself was pretty fantastic, there were a fair amount of bugs that ruined the enjoyment of Abe’s return. Oddworld Inhabitants has released the new and improved Oddworld: Soulstorm Enhanced Edition to make up for the frustrations of its initial release. With it comes some relatively decent bonus content and a much better performing title. If you missed it back in April, it’s well worth jumping in now. 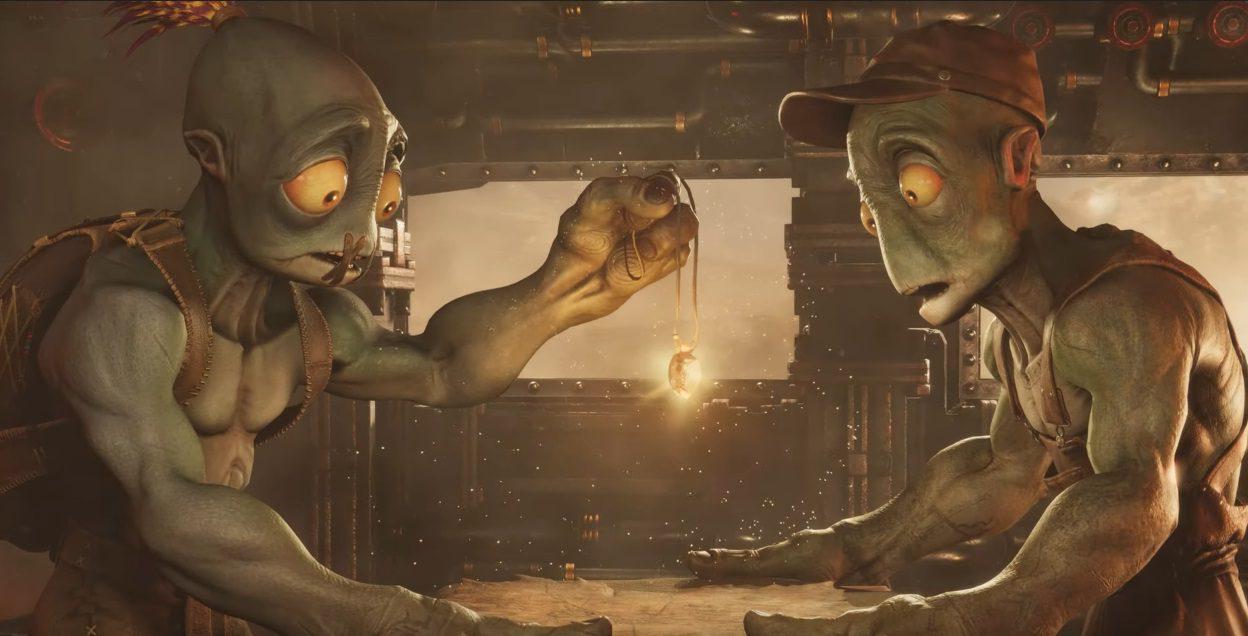 Oddworld: Soulstorm is more or less a remake of 1998’s Oddworld: Abe’s Exoddus. I was a huge fan of it back in the day, and Soulstorm offers some untainted nostalgia. Like the Tony Hawk’s Pro Skater remakes, it feels just as good as it did back then. Levels are smooth and gorgeous to look at, and the gameplay is tight for the most part. Trying to keep your Mudokon friends alive is different matter, however. Despite getting frustrated when they all end up dying, the checkpoint system makes up for those failed attempts.

I don’t want to go over the same points made in our review of the original game. What I will say though, is that Oddworld: Soulstorm Enhanced Edition is a fantastic puzzler with plenty of charm. What the fancy new edition brings is a solid performer that has rectified many of the issues people had with it when it came out in April. One big problem I had was the AI of the Mudokons. When you’re tasked with keeping as many of them alive as possible, it was frustrating to see them almost welcome death at every turn. They aren’t as dumb this time round, or else it didn’t feel like it. I screamed less and less at the TV, so that’s how I’m gauging it. 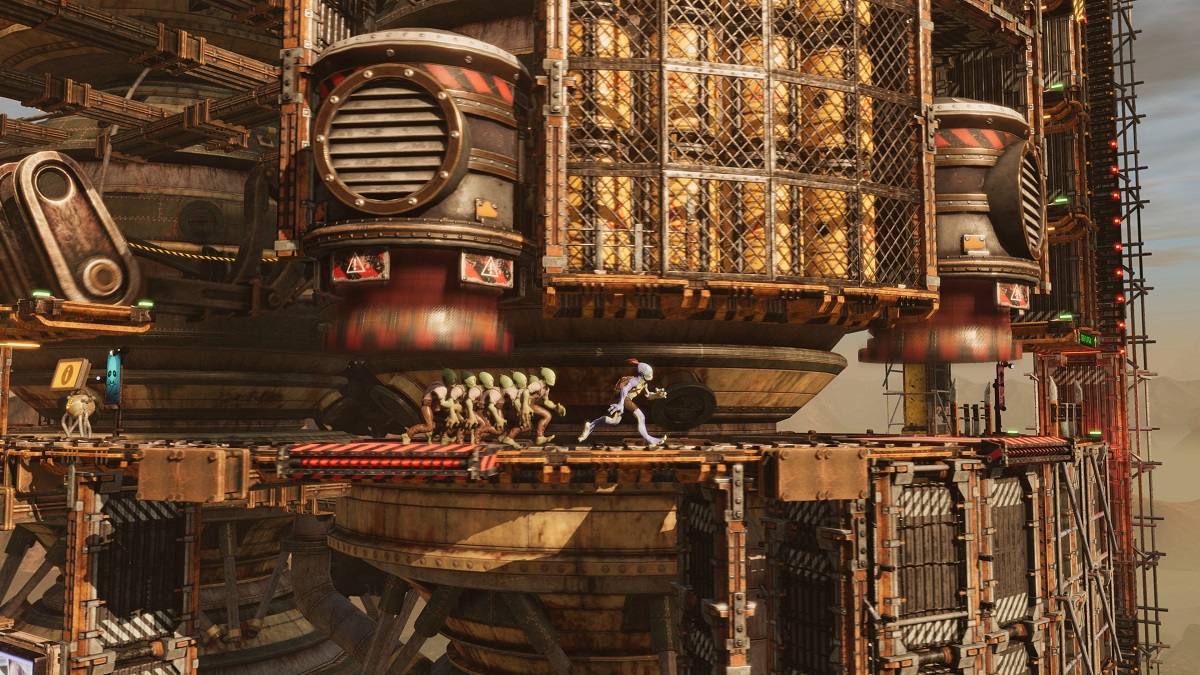 Moving around the levels as Abe feels better. It was a bit of a pain when you tried to jump up or climb down, only to fall into the path of a gun-toting Slig. The controller feels more responsive, giving you better control of Abe. There’s not a massive change in the visuals, but I didn’t notice any glitches unlike previously. Oddworld: Soulstorm Enhanced Edition feels polished. After all, it has been seven months since it released. It generally feels like the best version of itself, and despite it being the same game, there is some new content for those who want something a little extra.

Return to the lab

On Xbox, players get to experience Vykkers Labs. Those who’ve played Oddworld: Munch’s Oddysee will be familiar with the evil laboratories that cruelly tested dodgy pharmaceuticals on Fuzzles. In Oddworld: Soulstorm Enhanced Edition, players must make their way through challenging levels by avoiding complex traps and difficult scenarios. From level 1 onwards, Vykkers Labs is difficult. If you’re up for it and have a tolerance to high difficulty, this is for you. Personally, I wasn’t the biggest of fans. It’s a shame that the PlayStation content isn’t included on both versions as I’d much rather see what happens to Toby the train driver in Toby’s Escape. 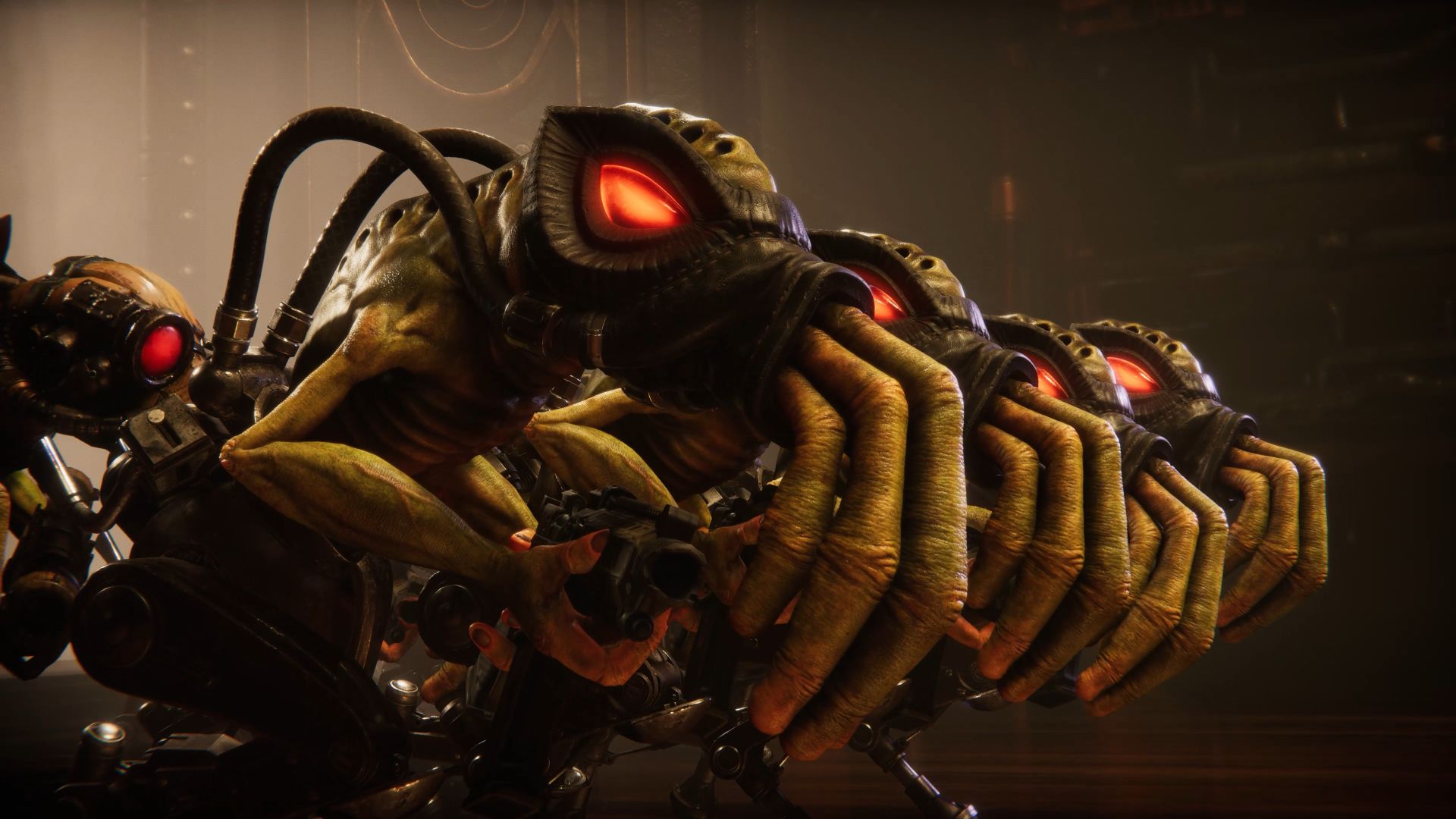 Oddworld Soulstorm: Enhanced Edition fixes many of the issues encountered back in April. It’s still a challenging title, especially with the uber tough Vykkers Labs. Still, if you’re ready for the ramped up difficulty, it’ll certainly get your blood pumping. I’m a big fan of the campaign. The cutscenes are beautiful, and the story is pretty strong as well. It’s great to be back playing as Abe, and with the improvements to AI and a lack of bugs, it’s the perfect time for those that missed it to jump in and play.

Can be frustrating
Vykkers Labs is pretty tough

Oddworld: Soulstorm Enhanced Edition provides a much more stable experience, with extra content for players to get stuck into. It's great to be back as Abe, and having a smoother game makes up for earlier frustrations felt when the game released back in April.