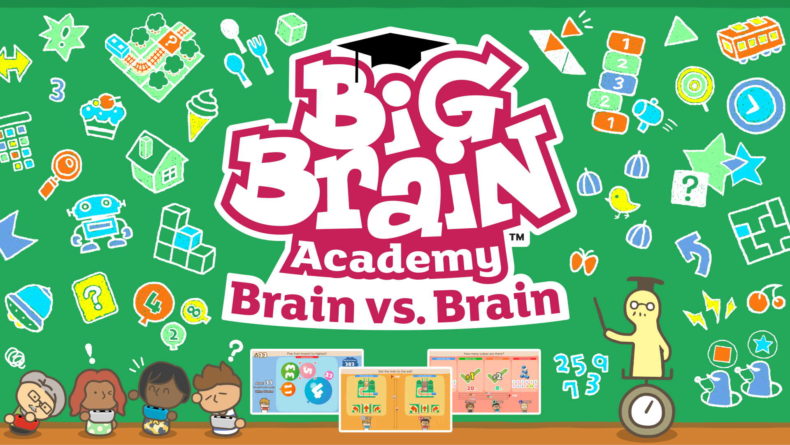 For a little while, I can proudly say that I was the second smartest person in the world (of Big Brain Academy: Brain vs. Brain). If you’re unfamiliar with the series, that might not mean a lot to you, but if you’re coming back as a fan of Big Brain Academy, or even the Brain Training series, being able to say, categorically, you’re ranked “number two” is a big deal, and a first for the series, and it’s also why I was taken aback how much I wanted to improve at the game.

As the “little brother” of the “Brain” games, it’s fair to say that many will think of Big Brain Academy as the more child friendly version. It’s incredibly colourful, has a whimsical mascot that will talk you through the early setup and encourage you when you do your daily training sessions, but now there’s a massive amount of collectibles to get for your on-screen avatar as well. It’s not an unwelcome change, though I feel it ties more into the multiplayer aspects than anything else.

Will it make me smarter or is it just fun?

For example, I could see multiple “self-employed” people as I faced off against their ghosts to become the second greatest mind of our times (during the review period), but none of them had my monocle and Sherlock Holmes-style hat on. None of them had my ethereal wishing of good tidings in a speech bubble appearing right before we dueled out on the most brutal of challenges: the battle of the minds. 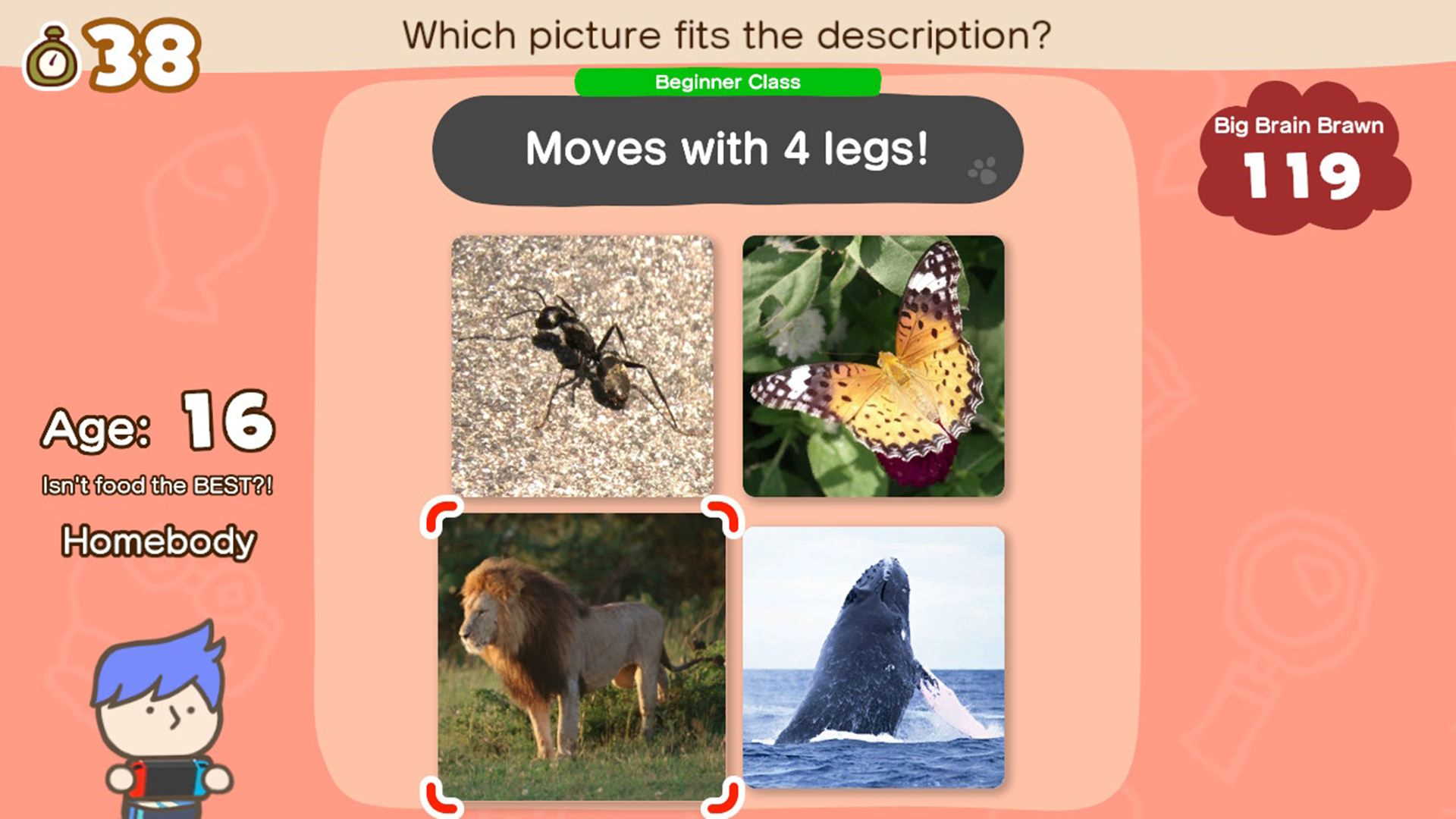 Move over all those wars that the likes of Call of Duty or Battlefield cover in story campaigns, this is the true battle of the bulge right here. You haven’t fought until you’ve had to guess what animal was blurred out before your opponent. You’ve never tasted a victory like seeing your little bar speeding to the top of the goal as you smash your opponent’s ghost-time in mathematics.

While I may sound facetious, I really cannot stress enough how enjoyable it is to win these asymmetrical ghost battles against online foes and local family members. However I can extol the virtues of making a comeback after losing and going away to get better at a particular mini-game or category in Big Brain Academy: Brain vs. Brain. Whether you want to deny yourself the Sherlock Holmes hat until you regain your pride, or mutter “you don’t deserve the monocle” is up to you, but there’s a core fun to this one that keeps you coming back day after day. 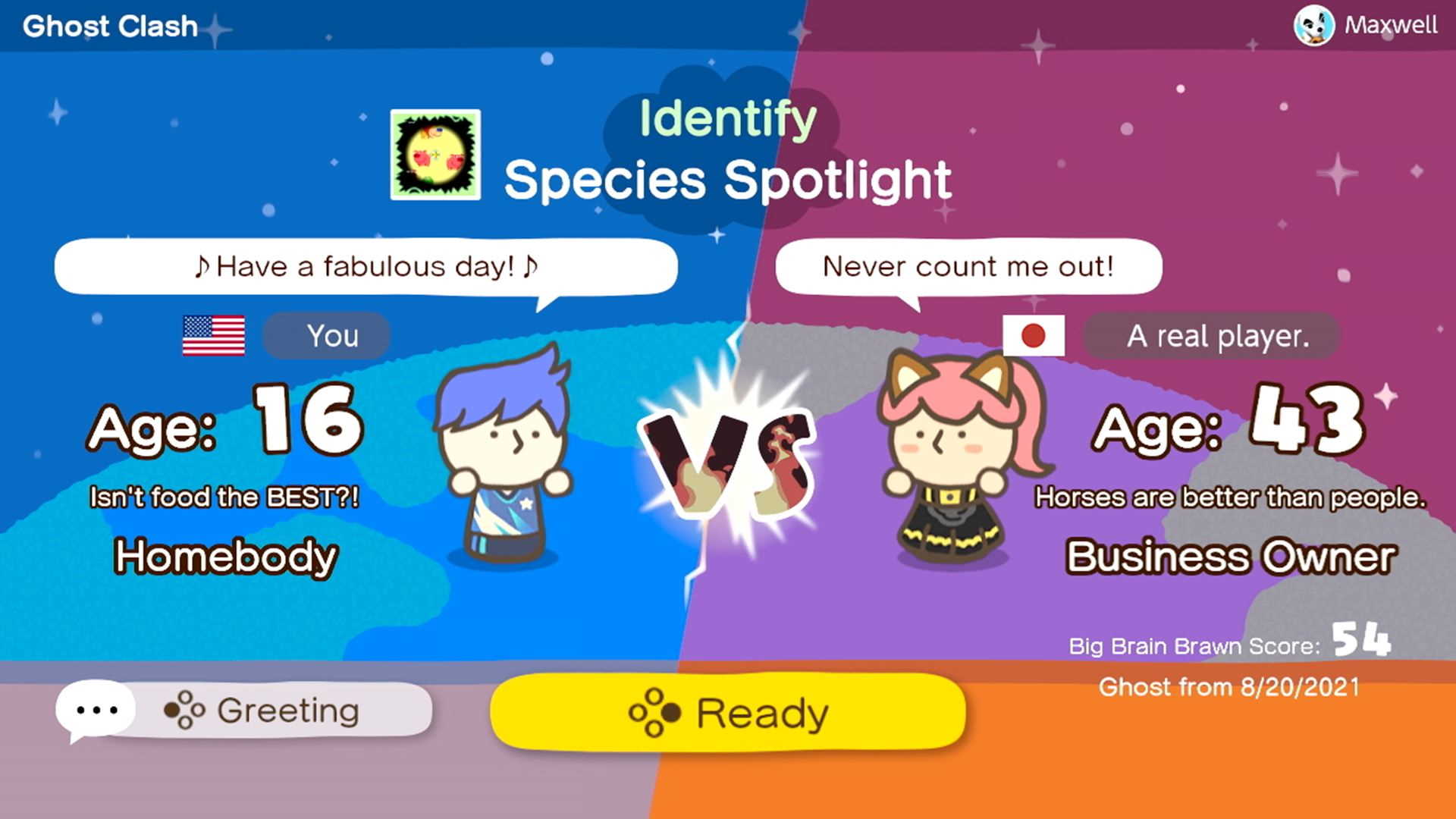 The idea behind the ghost battles is that essentially the game is storing your performance and uploading it to a pool of results. Using your profile information that you complete upon starting the game, it’ll match you up, show your age, appearance (in cartoon form), motto, and occupation, and you’ll face off in a random brain bending activity that, hopefully, you’re decent enough at to win. You can choose to play anyone in the world, or you can select your friend list to have a go at seeing who’s the smartest there, too. It’s a simple system that works really well, adding longevity to the overall idea, and a reason to invest your time into improving.

Split between five categories (identify; memorize; analyse; computer, and visualise), there’s a decent amount of variation. You can play them as part of your daily randomised test, or go through and master each game, getting bronze, silver, and gold badges which in turn gives you more presents to unwrap so you too can win your own Deerstalker for your avatar. I have to admire the tenacity of a series like this, and how Nintendo seems to constantly evolve and add features, ending up with a title like Big Brain Academy: Brain vs. Brain, which is the first time in the series I think I’d prefer this title to the likes of the previous Brain Training, for Nintendo Switch. 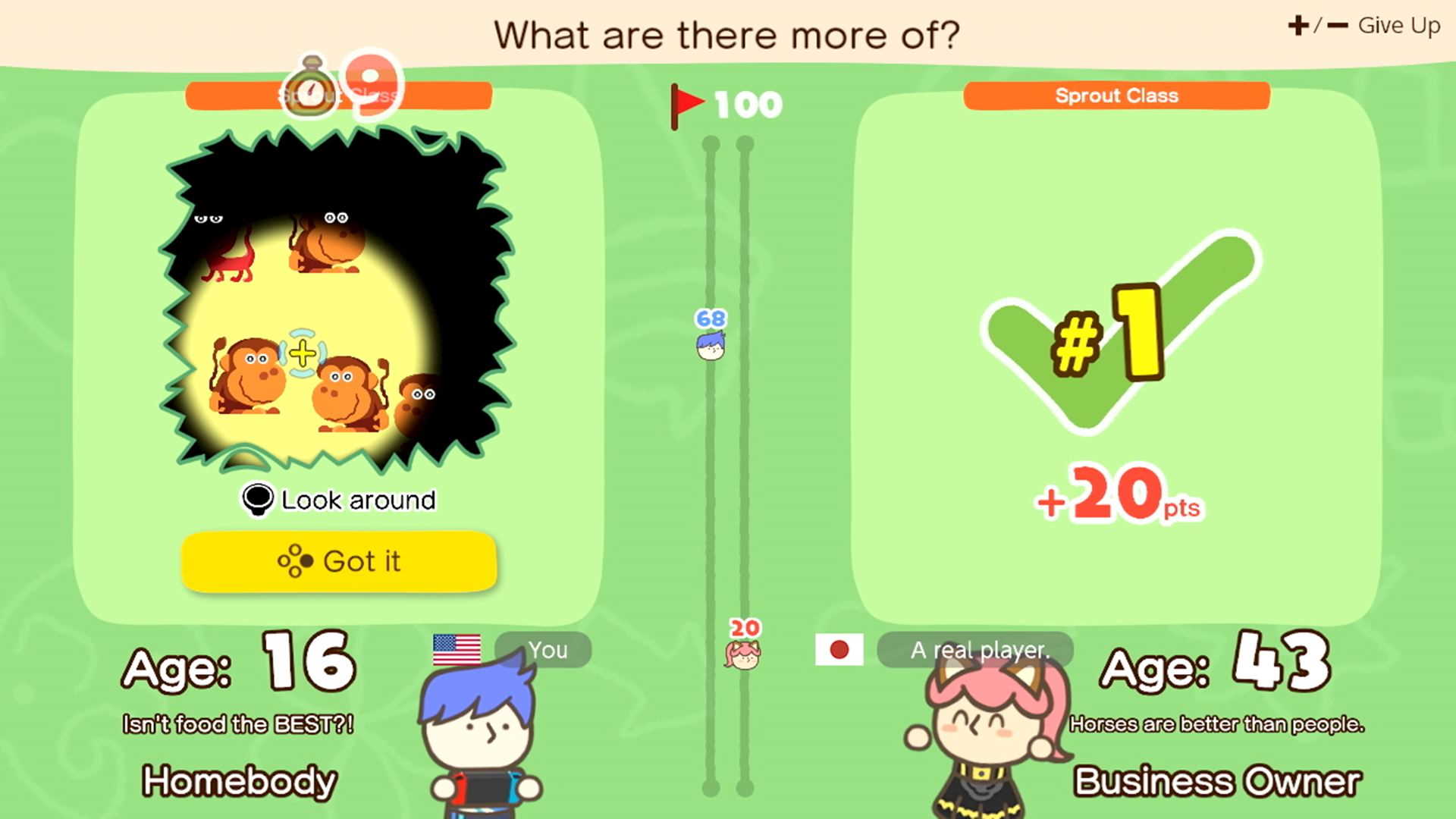 It’s entirely playable on a TV screen, too. You can of course use touch screen controls in handheld. And I have a sneaking suspicion that if you’re dexterous enough this is a surefire way to win battles. I found I was exponentially faster using my fingers than my thumbs, so I wonder if perhaps a “touch-only” or “controller-only” mode separation needs to happen. That said, this is Big Brain Academy, not Overwatch, so perhaps I’m taking it too seriously.

There’s very little to complain about, really. This is a lovely, colourful, humorous take on a genre that’s been around the block a few times before. The method of adding multiplayer here is very clever, and perhaps like the idea itself, has allowed Nintendo to teach an old dog a few new tricks. It’s a bit of a surprise this late in the year, but what a tremendous time Big Brain Academy: Brain vs. Brain is.

Could be more mini-games

It’s a bit of a surprise this late in the year, but what a tremendous time Big Brain Academy: Brain vs. Brain is.