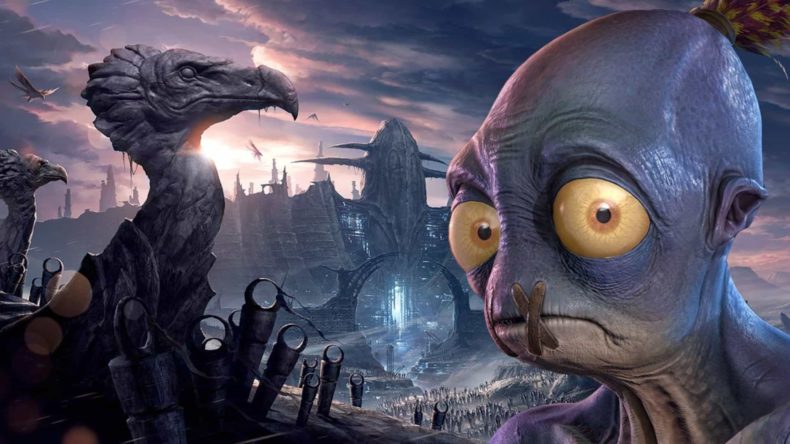 Despite most of the entries being well over a decade old, the core Oddworld games have all made their way to the Switch for fans of handheld gaming. Without fail Oddworld Inhabitants have ensured that these ports run well on the underpowered system, and it’s delightful to see a full series that’s more than playable on modern systems. Oddworld: Soulstorm is finally here to finish the collection of Abe and friends, and is fully Oddtimized for the console.

As is so often the case, Abe and his Mukadon friends aren’t having much luck surviving in the cruel universe of Oddworld. The story picks up after Abe manages to free his brethren from Rupture farms, but the evil corporate villain Mollock isn’t about to let them get away without a fight. And so begins yet another adventure of trying to keep weird farting aliens alive in a devious world full of traps and guards.

If you played the original Oddworld game that took the world by storm back on the PS1 (or the more manageable New ‘n’ Tasty remake) you’ll feel at home pretty much immediately in Oddworld: Soulstorm. Purposefully rigid platforming and solving death puzzles is the name of the game here, and you’ll need all your jumping skills and brain power if you want to help everyone escape the baddies. 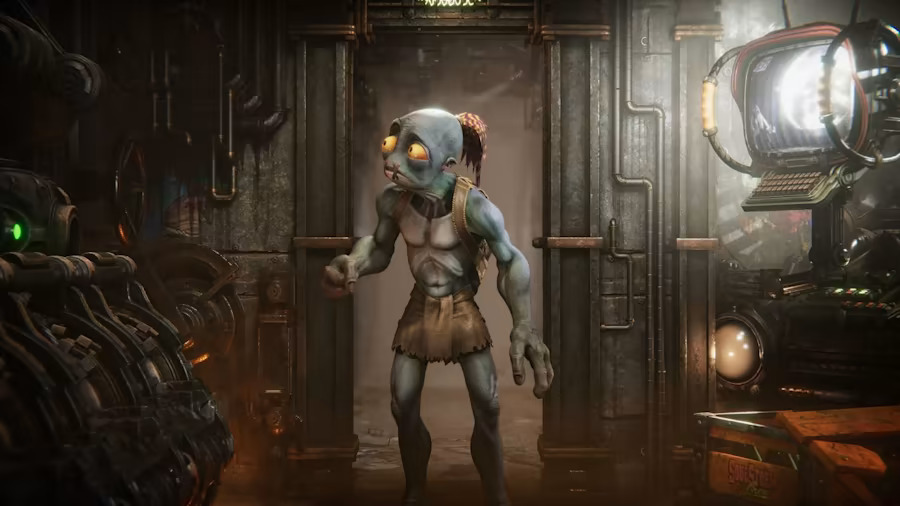 It’s actually a little unfair to describe the platforming as rigid in Oddworld: Soulstorm, because especially compared to the older games you have a decent amount of midair control of Abe. The addition of a double jump helps that too, and makes the game feel much more modern as a result.

Most of your time in Oddworld: Soulstorm will be spent trying to figure out how to get our fragile hero past all the guards with guns who want to turn him into red paste. Abe fortunately has a lot of tools at his disposal, from simple stealth tactics to using flammable goo to make a path of fire to toast the lot of them from a nearby torch.

The best method to dispose of an evil Slig though is to possess it with Abe’s mind powers. Just like in the original game, by moving a glowing orb into one of these foes you can control them and use them to your advantage. Nothing ever feels as satisfying as opening fire on a group of Sligs while possessing one of their own, then exploding the sole survivor into chunks of viscera.

The main hook of Oddworld: Soulstorm though is the “2.9D” perspective. Each stage of Oddworld twists and turns through a 3D environment, and always has plenty going on in the background that will interact with the action. The stages feel much more alive due to the perspective, although admittedly it sometimes makes aiming some of your items a bit tricky. 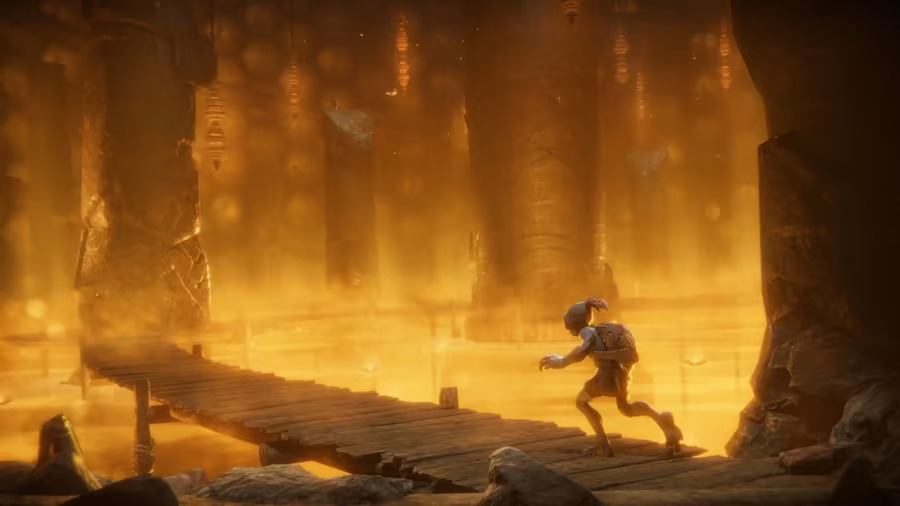 When I originally played Soulstorm on my PC, I was blown away by the visual spectacle of the 3D environments and vibrant effects. I’m happy to say that these visuals still look lovely on the Switch, and the framerate manages to keep a very consistent 30fps for the majority of the game. To compensate for the performance the graphics are admittedly less crisp, but it’s a sacrifice that I’m glad was made.

I really liked revisiting Oddworld: Soulstorm on the Switch, but it still has the same niggles it did at the time of the original release. Sometimes a checkpoint will just feel too difficult to reach from the last one, with loads of baddies and traps to survive in between. There’s also less farting, which is obviously a downgrade.

Oddworld: Soulstorm has been masterfully ported onto the Switch, and whether you’ve been looking for an excuse to replay it or been waiting for this version you’ll likely be delighted when you jump in. A few checkpoint and perspective issues aside, I think Soulstorm is definitely the pinnacle of Abe’s adventures.