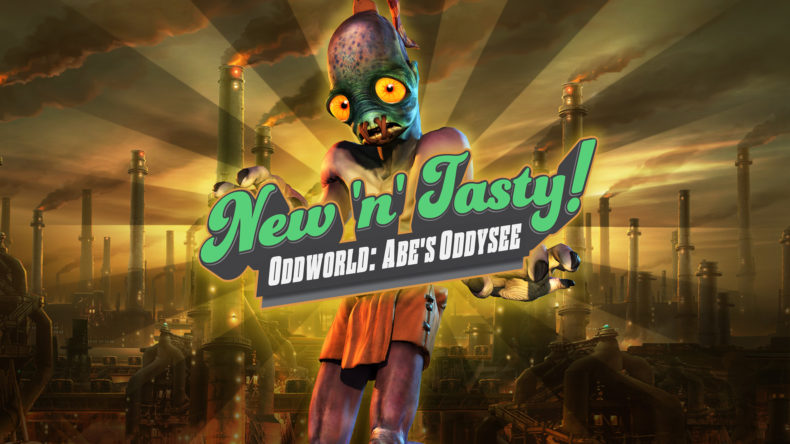 Switch reviews cover the Nintendo Switch version of a game. Oddworld New ‘n’ Tasty was released on PS4 on July 23, 2014, and scored 9/10.

Odd is definitely the operative word when talking about the Oddworld series. Packed full of capitalism, dark humour and genocide, the games have shifted in genre and changed their main character multiple times across the four titles. Despite having regular releases over multiple generations, there hasn’t been a new Oddworld game since Stranger’s Wrath in 2005. With a new title coming to PS5 next year, there’s no better time to replay the first game in the series in the form of Oddworld New ‘n’ Tasty on the Switch.

The updated version of the PS1 classic Abe’s Oddysee sees you playing as Abe. Abe’s life (similarly to many of his Mudokon brethren) is a life of slavery, toiling away in a food processing plant that is secretly planning to make his species into the next tasty product. When Abe discovers the fate of the Mudokon, he takes it upon himself to use his unique powers to escape the factory and save as many of his colleagues as possible along the way.

Abe controls in the rigid style of some of the oldest platformers (the 1989 Apple II Prince of Persia for example). He can jump from standing or running, or hop upwards, and every time you input one of these maneuvers the outcome will be identical. Once you jump you have no control over your trajectory, so you’d better be certain you’ll make it to the other side of a pit, or over a landmine. It takes some getting used to this style of movement, but once you do it’s strangely satisfying to use such a limited set of jumps to make it past a tricky section. 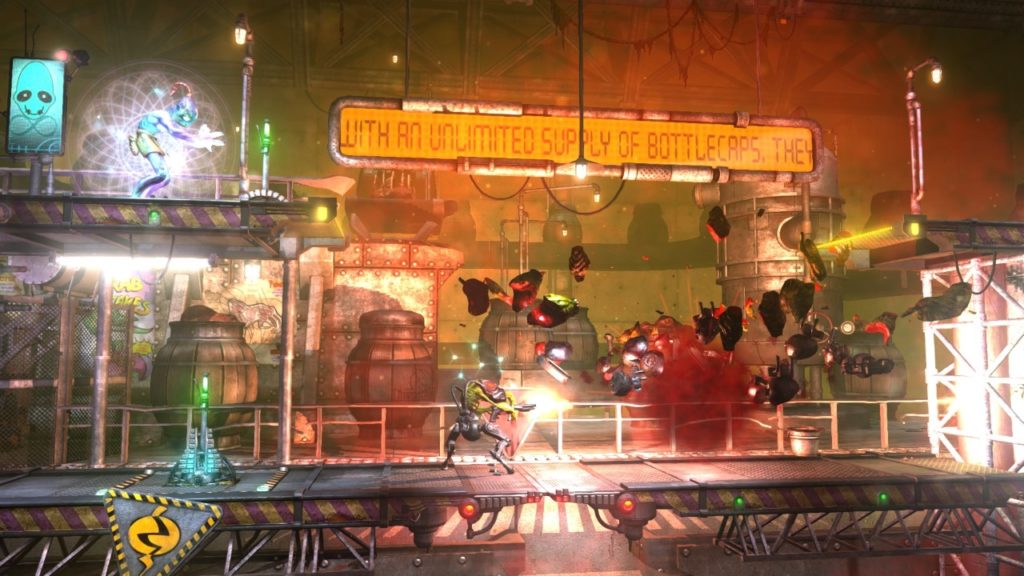 Abe has plenty of other tricks up his sleeve to get past the security personnel standing in his path. One of the most unique of these is his ability to possess an enemy by chanting. Taking over a gun-toting guard and walking them into a whirling blade of death is consistently satisfying, and an incredibly effective way of dispatching your oppressors. As strong as this ability sounds, the amount of time required to dominate the mind of an enemy is significant, so you’ll need to find a safe place to chant. There are even some areas that prevent you from chanting at all, with a hefty dose of electricity awaiting you if you try.

The varied environments of Oddworld New ‘n’ Tasty are packed full of traps just waiting to end Abe’s fragile life. Trap doors, proximity mines, motion sensors and more litter the lands, and you’ll need to find way to avoid their danger at all costs. Almost every one of these hazards can be turned on your foes too, with hilarious results. Getting the attention of a guard, only to pull a lever and watch them tumble to their doom is just so pleasing.

Getting rid of these baddies is important, but not as important as rescuing your friends from their capitalist captors. Using Oddworld’s Gamespeak system to communicate was incredibly innovative in 1997, and it’s still pretty charming today. Each direction of the D-pad corresponds to a different phrase you use to talk to your fellow captors. You can say “Hello” to get somebody’s attention, get them to follow you or wait, or just let out a delightful fart to lighten the mood. Once you guide a Mudokon to a circle of birds, you can chant to create a portal for them to escape through, saving them from becoming tinned produce.

No two sections of New ‘n’ Tasty feature the same challenges. Some areas require you to throw grenades to set off traps from afar and blow up enemies, others are full of steam that you’ll need to hide behind. Sometimes you’ll be tasked with riding a wild animal to progress through a desert, other times you’ll need to memorise a string of Gamespeak commands to input a password. The sheer variety is seriously impressive and means that the game feels fresh through it’s 10 hour runtime. 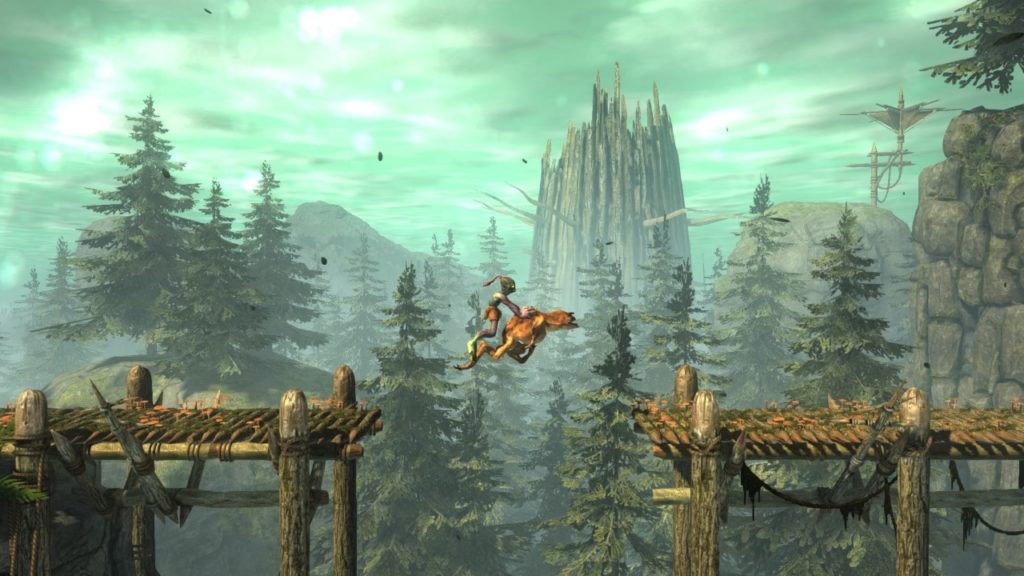 It’s worth mentioning that much like its original release, Oddworld New ‘n’ Tasty is a really tough game. The remake added a few extra checkpoints so death doesn’t feel quite so devastating, but even in the opening hours you’ll die a lot. The precision needed to get past an obstacle course of blades and explosives may be off putting for some. Even the puzzles are tough to navigate, and you’ll often be plopped into a room of traps with only your wits (and plenty of respawns) to help you escape.

As much as I love the original Oddworld, the Switch port of the game is one of the worst versions technically. The framerate suffers on the Switch, and in a couple of the busier visual sections, it really takes a hit. One of these sections is the opening 10 minutes of the game, which is the most unfortunate first impression. When this happens, the camera feels juddery as it follows Abe (especially when running) and the end result left my head hurting. The vast majority of the game is much more playable, but it’s such a shame that areas have this issue.

Oddworld New ‘n’ Tasty is the perfect way to experience the start of the Oddworld series, but the Switch port is not the version I’d recommend from a technical standpoint. It still feels satisfying when you manage to maneuver Abe through a hallway of deathtraps, all while saving a friend or two, but the framerate issues make this a tough port to stomach.

Oddworld New 'n' Tasty is an absolute classic with gameplay that holds up today, that unfortunately isn't as technically sound on the Switch.