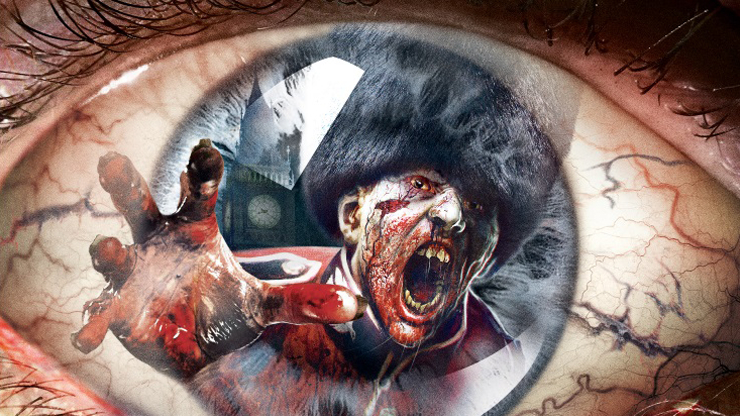 To a lot of people, the Wii U’s first year was a bit of a let-down. It took a long time for games like Pikmin 3 and The Wonderful 101 to appear and justify its existence, and the launch line-up was a mix of casual also-rans and inconsistent ports of PS3 and 360 titles. In truth, even in the two and a half years since the console hit shelves, very few games have made decent use of its unique selling point, the multifunctional GamePad.

Wonderful 101 aside, the only game that’s really thrust the GamePad to the fore is launch title ZombiU, a violent, mature horror from top tier developer Ubisoft. Dropping you into the middle of a zombie plague ravaging London, it used the GamePad as an all-purpose tool: minimap, remote hacker, inventory manager, environment scanner, sniper scope, one-way radio, all while still allowing you to move your avatar and bust open rotten heads with it, too.

For many, the GamePad made ZombiU what it was. While you rummaged in your backpack you were forced to take your eyes off the TV screen, ramping up the tension considerably. While navigating the deadly world you felt like you were right there in the thick of it; a frightened survivor given a hi-tech lifeline, without which you were utterly doomed. Which begs the question, then: just how immersive is Zombi now it has dropped the GamePad (and the U along with it)? Unsurprisingly, it’s still a compelling horror, but the fact that certain things are a little less immediate, a little less tense, is undeniable. The flip-side, though, is that it feels somehow more playable without the unwieldy Wii U peripheral.

You’re not constantly taking your eyes off the screen, for one. And a standard controller is a more natural fit for human hands, affording your instinctive reflexes that little bit more control. In short, it feels less like an experiment in gimmickry now and more like, well, a game. Whether or not that’s a good thing is down to preference, of course, and Zombi still heightens the suspense wherever it can. The Prepper’s dialogue comes through the controller with an unsettling buzz of static, the action doesn’t pause when you dig into your backpack, thumb a key-code or loot a corpse, and the minimap is still visible, only now it’s on the bottom right of the main screen. Everything is present, it’s just a little different this time around. The only real addition is the shovel and nail-bat, two new melee weapons for which you can swap your cricket bat. While they both have pros and cons (the shovel’s greater reach, for example), I found that the trusty cricket bat felt more comforting.

Thankfully, the game itself hasn’t changed much at all. If you played the Wii U version all the way through, you’ll find no reason to come back to it now, but if you haven’t played it yet, then this is almost essential. It’s an excellent zombie game, constantly terrifying and never less than an edge-of-your-seat nightmare. For those who don’t know, it’s a persistent adventure in which your death is more an inconvenience than a game-breaker. You’re dropped into the shoes of a terrified survivor, guided through London’s last days by the Prepper, a tough-talking ex-soldier who has an agenda in which you’re little more than a tool. Upon death, you’re simply reincarnated back at the safehouse as the Prepper’s next big hope. The twist is that everything you were carrying – weapons, medkits, mines, flares – is still in your Bug-Out Bag, and that’s still on the back of your freshly re-animated former corpse. If you want it, you’ll have to go and get it. You can store items in a chest at the hideout to give the next unlucky soul a boost, and upgrades you find and use are universal to your characters, but it’s still horribly tense when you have to make that trek all the way back to your body with only the few things you left in the emergency stash to help you.

Zombi’s zombies are tough customers, too. Your trusty cricket bat (now customisable with a decal, because reasons) will take down most of the ordinary shamblers in a few hits, but if you get surrounded you’re going to die. It really is that simple. The key to staying alive is to use your mmap and scanner to scout every new area, scavenge what you can, make as little noise as possible and never fight yourself into a corner. Later on you’ll meet undead riot police and soldiers whose body armour makes them almost bulletproof and who will take a tremendous amount of punishment before they stop getting up. Oh, and in true zombie horror form, anything less than a headshot means your ass ending up on a toothpick.

While the hardcore, one-life Survival Mode is included (which is around 5 – 7 hours of nerve-shredding terror), the local multiplayer element has been removed completely. The mode that featured one player spawning zombies while the others tried to stay alive was a blast on Wii U, so it is missed here. Sadly, it would appear the social multiplayer is out, too. While arguably a little gimmicky, coming across zombiefied versions of your friends and putting them down was a cool aspect of ZombiU, as was being able to leave spray-painted tips for other players, Dark Souls-style. All the social elements are out, leaving behind an experience that doesn’t feel any less playable, but certainly feels lonlier. Maybe that’s the point. Despite the bump up to PS4 and Xbox One, Zombi doesn’t look all that different. A smoother frame-rate is noticeable, but the odd bout of screen-tear and the inconsistent texturing that plagued the Wii U game are frustratingly still present. Improved textures and atmospherics should have been a given.

Even without DLC and a major graphical overhaul, Zombi is still a welcome sight on current-gen consoles. A few extra bells and whistles would have been appreciated, and the lack of any form of multiplayer beyond leaderboard participation is a definite misstep. Your horror itch might be better scratched by the likes of Outlast and The Evil Within, but Zombi still delivers a solid, immersive experience even without the GamePad wizardry.

Ubisoft's super-immersive zombie game infects the PS4, but there's not enough improvement to justify it to previous owners.