Monster Hunter 3 on Wii U Will Support Off-TV Play 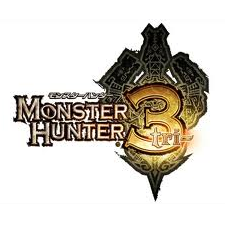 Nintendo confirmed today that Monster Hunter 3 Ultimate on Wii U will support Off-TV play, so you can keep hunting Monsters around the clock. Cross region play coming in April update.

European fans of the monstrously popular (in Japan, at least) Monster Hunter series don’t have long to wait to get their hands on Capcom’s rehash of 2010’s Monster Hunter 3. Monster Hunter 3 Ultimate will launch on March 22nd on 3DS and Wii U simultaneously.

Monster Hunter 3 Ultimate on Wii U will feature a fresh new look in the form of retouched HD graphics, support cross-region online play and even let you play the game entirely from your gamepad. Read it and weep, Eastenders loving spouse.

It’s worth noting that Off-TVplay and cross region support won’t be immediately available, but will show up some time in April thanks to the free update Capcom is putting together on the back of fan feedback about the games Japanese release.

Capcom will be continuing to support Monster Hunter 3 Ultimate for several months after release with additional free of charge downloadable quests. The first quest will be available at launch.