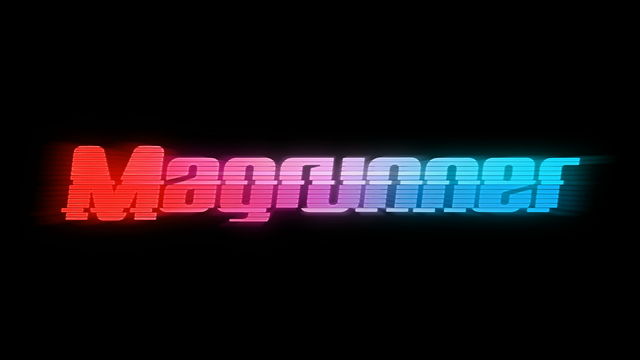 Magrunner is probably one of those games you don’t know a lot about. Heck, before getting the preview code, I was pretty much oblivious to its existence. I’m here to tell you that you should take notice, particularly if you like puzzle games, and especially if you enjoyed Portal.

Read our interview with Douglass Burchill, from 3AM Games, here.

Let’s get that particular reference out of the way: yes, Magrunner looks and plays a lot like Valve’s super successful action-puzzler. The visuals are very similar in fact, so much so that you will probably do a double-take when the game loads up for the first time, but then this is a first person puzzle game, with the sole tool of the trade being a gadget on the end of your arm, just like in Portal, so we can forgive the obvious similarities. Gameplay wise, the two games are very different, so we’ll leave the Portal references here for now.

Magrunner: Dark Pulse follows the story of adopted boy genius Dax Ward, who has signed up to a competition run by the all encompassing Gruckezber Corporation that seeks to find a candidate for humanities first deep space mission. All of the other candidates have corporate funding behind them, as well as coaching teams the size of a football team. Dax on the other hand, has just one man, the man who raised him: mutant and fellow genius Gamaji, and his robot dog Newton. The competition itself tests candidates and their ability to use revolutionary Mag technology, and players must traverse a series of increasingly difficult puzzle chambers in an effort to come out on top. At the end of Dax’s arm you will see his Magtool, the tool you will use to complete puzzles and get through the levels. The magtool is used to shift the magnetic polarity of the object you shoot with it, and as such, can be used to move object around the environment. Shoot with the left trigger; the object turns blue, shoot with the right trigge; the object turns red: Red attracts red and blue attracts blue; while red repels blue. Sound familiar? That’s because it works the same way as magnets do in the real world. See? Learning is fun.

The environments in Magrunner have all been designed as standalone puzzles, so you will go into a new room, have a look around, and start to solve the puzzle. The first few levels show you the basics, though don’t expect to have your hand held, because if you are anything like me you’ll be shooting at the walls trying to figure out what is interactive and what isn’t. As you would expect, progress is rewarded with an increase in difficulty, and before you know it you’ll be timing jumps and shifting polarity on the move in an effort to reach the exit door. A tap of the Y button (on an Xbox 360 pad) brings up a visual representation of the range of any object’s magnetic field, something that is a really nice visual aid.

As an example, an early level required me to reach a goal that was high off the ground, with the only things in the room being two neutral cubes. The problem was solved by placing the two cubes on top of one another, making the bottom one blue with the left trigger, before jumping onto the top cube and turning it red, propelling me high into the air, and thus, to my final destination. It’s a concept that is easy to get hold of and fun to play around with. Magnets are awesome.

Magrunner looks extremely sleek, too. With its ultra modern looking test chambers rendered in super smooth glory by the Unreal 3 engine, the visuals do a great job of conveying the gameplay principles on offer. There isn’t anything super flashy here, as that would detract from the core gameplay experience.

Overall, Magrunner: Dark Pulse is shaping up to be a game that puzzle fans will want to check out. Its interesting take on magnets and magnetic fields is great fun to fool around with; heck, who didn’t like playing with magnets as a kid? It has a nice little story that unfolds between levels, and I am intrigued to see how the remainder of Dax’s story plays out.

Hello! I'm Jonny, gamer since 94' thanks to my trusty Super Nintendo, hooked ever since. Consider myself to be a casual gamer, but to be honest I'm just kidding myself. Nintendo fan boy, Formula 1 and Saints FC fan.
MORE LIKE THIS
3am GamesFocus Home InteractiveMagrunnerMagrunner: Dark Pulse