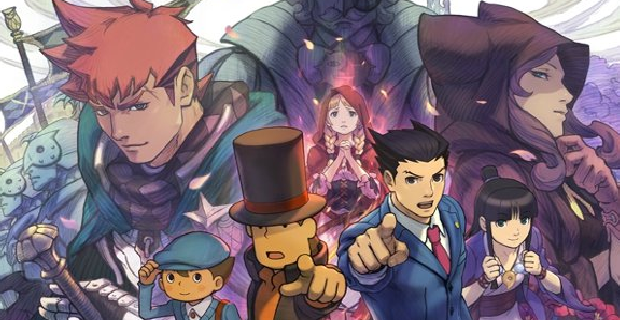 Professor Layton vs. Phoenix Wright: Ace Attorney will be released in Europe on March 28th, and perfectly blends the trademark gameplay of both series’.

The game covers the tale of Espella Cantabella. This is a woman that the two titular characters encounter in London, but who soon whisks the duo, and their annoying sidekicks, away to the medieval nightmare of Labyrinthia.

The two devote themselves to working out how to save Espella from a guilty verdict and a trip to the stocks, and this is done through a mix of out and about puzzle solving and Wright-led courtroom drama.

The game’s courtroom scenes sound the most interesting. Hint coins are still collected as you explore, Layton style, and Phoenix can use these in the courtroom to narrow down his options when presenting evidence or pressing a witness. A new dynamic sees multiple witnesses giving testimonies and responding to other characters when they aren’t in the dock – Phoenix will have to watch all these characters at all times to work out the truth.

The game’s puzzles also come with the usual Layton Picarat scores, and collecting more of these will mean more art unlockables come the end of the game. As with the main Layton series, Professor Layton vs. Phoenix Wright has a lot of extra, side content to keep you busy once the main case is done and dusted.