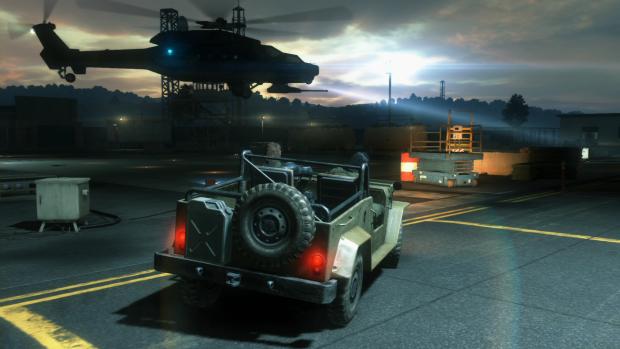 So Ground Zeroes’ review scores are finally out – and to say they’ve been inconsistent would be a rather large understatement. The surprisingly short length of Kojima’s open world prologue has been a controversial topic ever since US mag Game Informer revealed it a few months ago, causing many to be outraged at the game retailing for close to full price. Because of this, there are many calling the game a glorified demo – but the real question is, does the main campaign’s length automatically diminish the entire game’s value?

Journey – which is arguably one of my favourite games of all time – lasted only a few hours, yet was entirely worth its £15 asking price. The limited time I spent on Journey may on paper make it seem like an awful value proposition, but the sheer quality of the experience more than made up for it – and that game has stuck with me long after I saw the credits roll.

While Ground Zeroes is about £10 more expensive than Journey, the game looks to offer players far more replayability – and more importantly, a well crafted and enjoyable open world experience. The main mission may be unbelievably short, but thankfully, there is much more to the game than just that. Ground Zeroes contains five additional missions aside from the main campaign, as well as many side activities and story trinkets to be found throughout the game’s world. Yet according to Kojima, these extra missions aren’t necessarily the main reasons to buy Ground Zeroes. He believes that the game’s biggest strength isn’t the amount of content it offers the players, or necessarily the game’s story – but in fact, the new found flexibility that comes from the game’s open world nature. ‘I wanted to bring back this strength which I think is unique to video games’ says Kojima ‘so instead of more of the same linear experiences, I wanted to give the player the freedom to play however [they want to].’

Kojima wanted Ground Zeroes open world map to cater for different playstyles and experiences, letting players forge their own stories through the environment and their chosen nature of play – rather than having their playstyle dictated to them. This is what Kojima believes will help add replaybility to Ground Zeroes, and he argues that this is ‘one of the biggest strengths in games’ as with Ground Zeroes ‘you play the game one time and get one experience, but then you [can] go back and get a completely different experience’’

The option to run and gun, or to sneak your way through the game’s open world creates different and unique adventures every time you play it, due to the game’s impressive AI, and in this regard it is easy to understand where he is coming from. ‘We want you to be able to play our game over and over again’ Says Kojima ‘and each time you play [for] it to be different‘ In the same way you can replay GTA and create a different brand of mayhem each time, Kojima hopes that players will recognise the value in creating their own stories through their individual approach to Ground Zeroes’ gameplay – and that the game will be highly replayable because of this: ‘Every time you play, I want [the player] to have a very different experience – and that’s why I shifted my game design for Ground Zeroes and The Phantom Pain to something that [closer] resembles the open world type game.’

To those die hard Metal Gear fans who crave a lengthy cinematic adventure, this will probably come as a huge disappointment – as in that regard, there is no doubting that Ground Zeroes is a teaser for The Phantom Pain. Yet, for those who are looking for a highly replayable – and most importantly – unique and enjoyable – open world adventure, Ground Zeroes looks to be the perfect introduction to a new generation of Metal Gear.

Quotes obtained through an interview at the game BAFTA awards