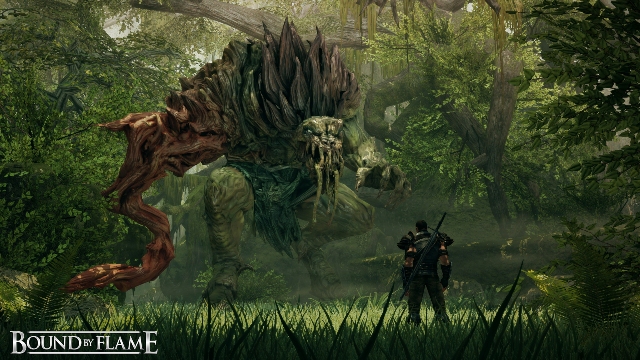 In a response to a question over on Bound by Flame’s official Facebook page, developer Spiders Studio confirmed that the game will be at least 30 hours long.

In the response they do say it will take 30 if you complete ‘most’ of the side quests, meaning that it could be longer for a full clear, but could also be shorter if you suffer from main quest tunnel vision.

How much shorter? No idea. The use of the word ‘most’ means nothing without any sort of context, but thirty sounds like a reasonable adventure, and a reasonable length proposition, without sounding like PR fluff.

All this but mere hours after Bound by Flame’s new music trailer (which you can view here)? We’re being spoilt!

If writing ability was a flavour, I would be the warming embrace of apple and cinnamon - wonderfully familiar and pleasantly spiced. Ever the optimist, I spend most of my game time diligently failing at fighting games (BlazBlue and Persona 4 Arena being the preferred titles), Monster Hunter and Dark Souls. As you can surely ascertain from such preferences I'm a gamer at my most content when a title is punishing me, abusing my feeble abilities and forcing me to improve myself in order to overcome life affirming challenges. Feel free to question my opinions and such on Twitter, @Dalagonash, or find me on every gaming network available as Dalagonash.
MORE LIKE THIS
Bound by Flamespiders studio

Bound by Flame Gets New Trailer