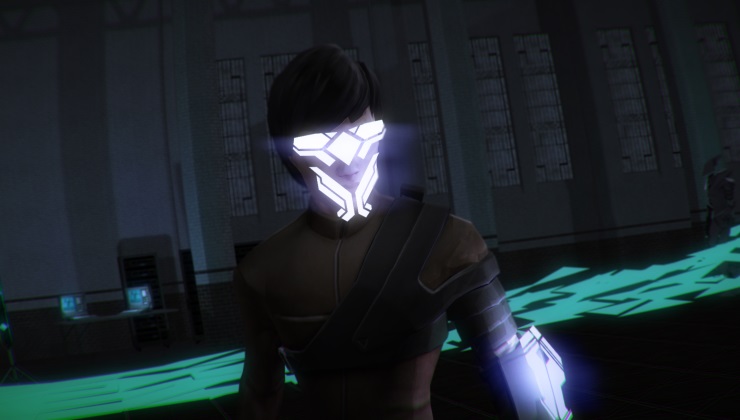 Announced on-stage at an event in Nottingham, Mike Bithell has revealed that Andy Serkis will play a character in Volume, joining already known cast members such as Danny Wallace and Charlie McDonnell.

Serkis will be bringing life to the villainous CEO who runs England in this near future update of the Robin Hood legends.

Volume is a stealth game, in which you play as Rob Locksley, a kid who simulates crimes against the rich and powerful and broadcasts them to a corrupted future England. It is the follow up to break out hit Thomas Was Alone, and has been steadily amassing a good amount of positive coverage ahead of its 2015 release (final date tbc).

The game will initially launch on PS4 and Vita, with PC and Mac versions hitting the following month.

You can see a (massive) picture of Gisborne, below. Editor-in-Chief here at GodisaGeek, I organise almost every bit of content as well as running our weekly Podcast, and being the lead producer on our YouTube Channel. That means I'm very busy and sometimes grumpy. Yay!
MORE LIKE THIS
andy serkisMike BithellVolume

Enslaved: Odyssey to the West Review
Support us on Patreon for exclusive content