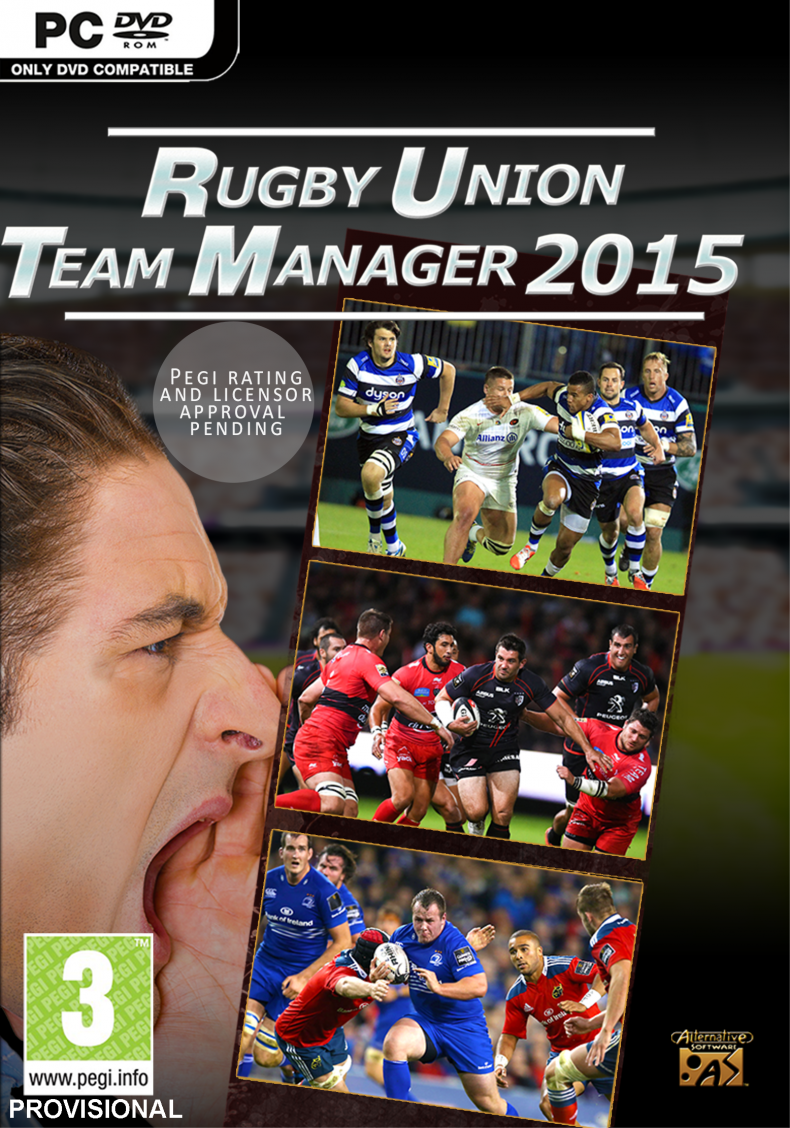 Alternative Software has announced Rugby Union Team Manager 2015, a game “like football management games, but with less falling over and crying.”

RUTM2015 boasts over 14,500 players and 320 teams from multiple leagues across the world, all fully licensed. Like it’s football counterpart (the review for which you can read here btw), you take complete control of an entire club – the first team, coaches, physios, scouts and doctors – as well as watch matches in either 2D or 3D.

“Rugby a perfect fit for a management simulation, and we see a massive global appeal in Rugby Union Team Manager 2015”, said Roger Hulley, Managing Director, Alternative Software. “This game has been in development for the past 2 years, and has been developed, from the ground up by Rugby fans for Rugby fans. It offers all what you would expect from our football rivals, but with less falling over and crying.”

There’s no release date yet, but it’ll at least be coming out on PC.

You can find me on Twitter and PSN as MacShanks, and feel free to hit me up if you have any questions, queries or feedback!
MORE LIKE THIS
Alternative SoftwareRugby Union Team Manager 2015