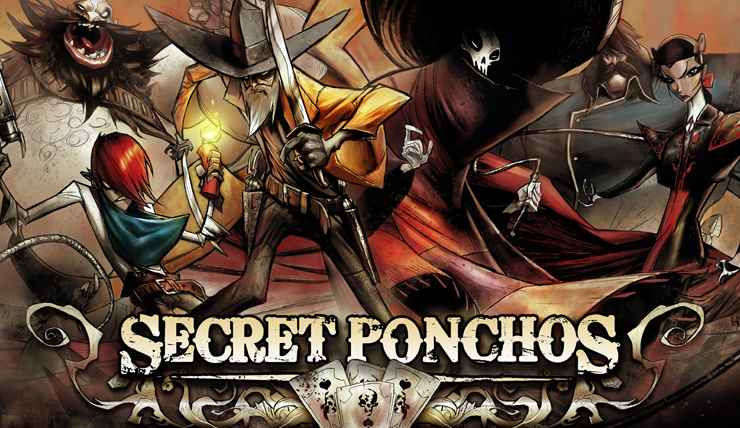 Secret Ponchos is a shooter inspired by fighting games and spaghetti westerns, and PS Plus subscribers will get it free when it launches on December 2nd.

It says inspired by, but it pretty much is a shooting fighting game. Characters facing off with twin stick-like controls and seeing who’s left standing at the end.

If that piques your interest then have a gander at the screens below, and mark December 2nd on your calender.

The game is also available on PC via Steam early access.

If writing ability was a flavour, I would be the warming embrace of apple and cinnamon - wonderfully familiar and pleasantly spiced. Ever the optimist, I spend most of my game time diligently failing at fighting games (BlazBlue and Persona 4 Arena being the preferred titles), Monster Hunter and Dark Souls. As you can surely ascertain from such preferences I'm a gamer at my most content when a title is punishing me, abusing my feeble abilities and forcing me to improve myself in order to overcome life affirming challenges. Feel free to question my opinions and such on Twitter, @Dalagonash, or find me on every gaming network available as Dalagonash.
MORE LIKE THIS
Secret Ponchos

On the Radar: Secret Ponchos