Sponsored: Where to find your old skool gaming products 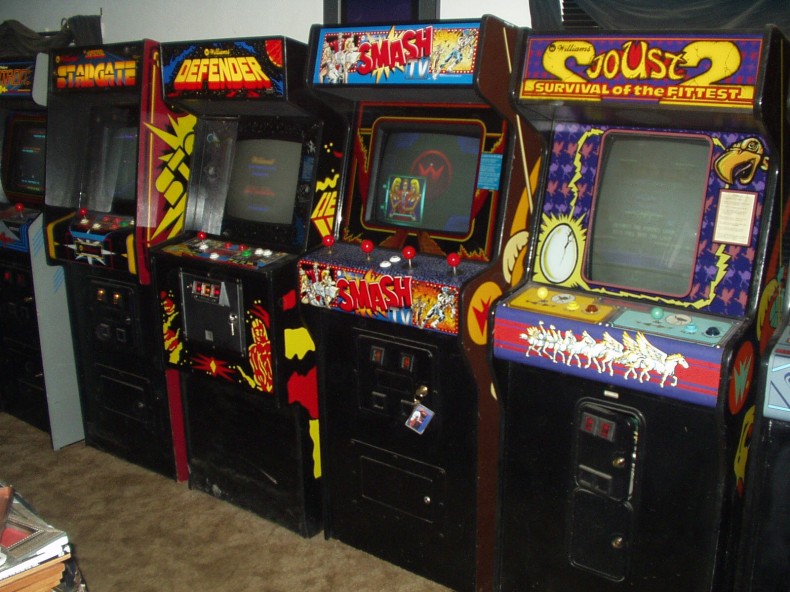 It is no secret that vintage video games are a popular past time for many gamers. It is amazing just how many games were produced. Although a lot of games became household names throughout the world, there were plenty of games that were much rarer. This means that there are a lot of games out there that many hardly know existed. It can be fun to find rare games and see what they are all about. Sometimes these discoveries are great and sometimes gamers might find themselves asking, “What were they thinking?” In the beginning, game developers only had rudimentary technology to work with and it is amazing what they accomplished and how this set the groundwork for the stunning graphics and games we have today. Having a look at where we once were with games can help us appreciate what we have now.

Super Mario Brothers was the first video game many people played. Like many early games it gained popularity as the game you got with the purchase of a gaming system and in video arcades. Mario was so popular that it led to many sequels and spin off games such as the popular multi-player Mario Kart that appealed to many age groups, making it a good choice for even family gatherings.

Golden Eye was one of the most popular first person shooters of its day. Since it was included with the purchase of many systems, a lot of people got hooked. The fact that it could be played by four friends at once made it popular in a social setting as well. There were definitely a lot of extra controllers sold so that the game could be enjoyed by many. People would even go so far as to bring controllers over to a friend’s house for a session!

The Atari is the video game system that truly started it all. When playing an Atari game you can see just how far we have come in gaming technology. It is hard not to appreciate what games like Pong and Pac Man did in introducing video games to the average household. While Atari systems are becoming increasingly rare due to their age and popularity, it is still possible to find a system on sites such as eBay. Cartridges are a bit easier to find. You can often find groups of games for sale for one price on auction sites.

Sonic the Hedgehog was widely played due to good marketing and ease of play. When many of us bought a Sega we got a Sonic the Hedgehog game with it. Mortal Kombat gained a lot of popularity both in the realm of console games and in arcades in malls and entertainment complexes throughout the world. How many of us remember Street Fighter?

Many of us spent a lot of hours playing Tomb Raider and Twisted Metal. These iconic games and their sequels were popular all over the world. Fortunately, this can make them easier to find than many since so many copies were sold. The popular Tomb Raider continues to be an intriguing game. In fact, there are Tomb Raider games still being produced and available on websites such as Steam.

While the cost of shipping an arcade game can be high due to the size and weight, for the true collector of vintage games it can be well worth it. With arcade games becoming increasingly rare there is little choice but to source games from wherever you can. Local sales listings and estate sales can sometimes be a good option as well as eBay. Estate sales sometimes result in large lots of arcade games from collectors or homes and buildings that literally have abandoned arcades in them that have just been sitting. Sometimes buildings that were once old malls can yield a real find.

There are many groups online that are dedicated to collecting and discussing old skool games. These message boards can be great places to find goods for sale. It is important to approach these deals with caution though because there is often no guarantee when it comes to a sale from a private individual that is not using an auction or online store front. Make sure that you ask plenty of questions in order to confirm that you really want the item.

Thrift stores often operate on donations. Sometimes these donations can be real gems like a box of vintage games. You can get a real bargain on games sometimes if you occasionally peruse the electronics section of a used goods store. Some stores might even be kind enough to call you if they get any games in if you talk to them about your hobby. Games at thrift stores are often ridiculously cheap because they just consider the games old and outdated, completely oblivious to their true value to enthusiasts and collectors.

There are online stores that are totally dedicated to providing gamers with a large selection of vintage games, consoles, and accessories. The advantage of these shops is that they test games and equipment to make sure they work before selling them to you. There is a guarantee that can be nice to have when dealing in used electronics. They also offer deals where you can trade in or sell games that you no longer want or have extras of. They are convenient because you can find a large selection on a single site. Some sites such as http://www.for-sale.co.uk will search across many others to help you find virtually any old skool gaming item that is available for sale. Since inventory is constantly changing it is wise to check in often to see what is available.

If you have some great old games, why not find others that enjoy the same thing and have a tournament? You might also consider bringing games to trade to these gatherings. It can be a great way to socialize with others that share your interest and maybe help each other get some great old skool games to enjoy.