PC Gaming Is Alive And Well. You’d Be A Fool To Think It’s Not… 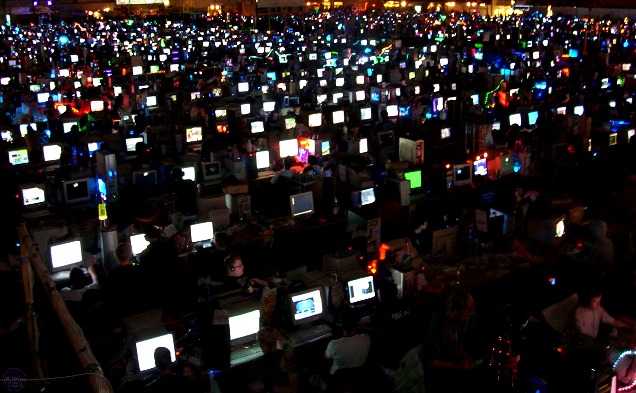 PC Gaming is dead. It’s perhaps the most overused sentence being banded around the industry at the moment. Mobile is taking over. That’s another. And whilst the rise of mobile is changing gaming, allowing us to play console and PC standard games on the bus, that doesn’t mean PCs have fallen into redundancy.

In fact far from it, recent reports have suggested that the market will increase from $26billion to $35billion by 2018.
So it seems strange that the general thought is that we’re entering a new world without the need of a mouse and keyboard. PC has ridden the wave of next generation releases, and is battling just fine against the iOS and Android mobiles and tablets. And that’s partly due to the communities its competitors don’t have.

Take the gambling industry; it’s one that online is growing at a phenomenal rate. Casinos on the web have created communities of millions, with chat boxes allowing you to converse with players whilst playing mobile roulette or card games. That’s helped take the market as a whole to around $39.5billion across all platforms, with the biggest chunk lying in PC gaming.

The same applies to the likes of Star Trek Online which last year had players topping the three million mark.

That’s not to say it’s been plain sailing for PC gaming. Microsoft have in fact recognised that they’ve gone off the boil when it comes to the platform and have put in plans to revolutionise the PC gaming industry.

Speaking at the Game Developers Conference in San Francisco recently, Xbox Chief Phil Spencer said, “Gaming was once central to what we did on Windows, but we lost our way. Now we hope to have a Windows release that’s the best Windows release for gamers.”

And that release is Windows 10 which will see it seamlessly transport between Xbox and Windows. The cross-platform system will mean that PC games will be available to be played amongst a multitude of platforms, taking the industry in a completely new direction where they walk hand in hand.

Spencer added, “With Windows 10, I believe we’ll be able to bring one core operating system, one application platform, one gaming social network, one store, and one ingestion path across all Windows devices.”

The move will no doubt make PC gaming even bigger, and Microsoft’s launch back into it suggests more than anything it’s far from being dead. PC gaming is thriving. And long may it continue…