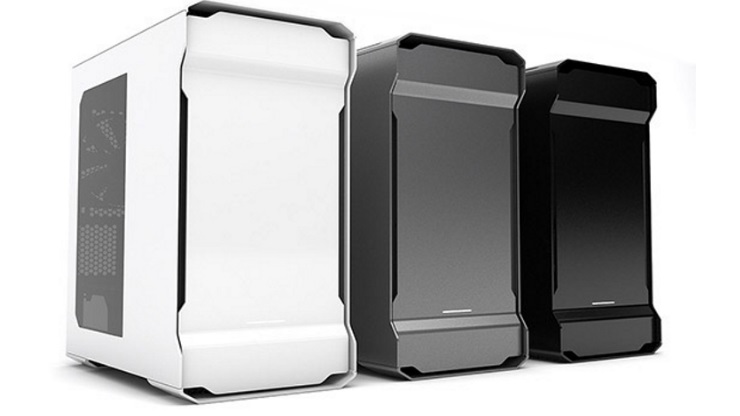 About a month ago I realized something that I honestly thought would never happen: I have become a PC gamer. No longer do I walk in a turn on my TV and console and lay back on my sofa, instead I boot up my PC and sit at my desk for hours straight. The only problem with this is that my rig is about three years old and hasn’t really been upgraded, so it is safe to say I am in the market for a new machine. After playing with it for a few weeks, the ChillBlast Fusion Raptor has cemented itself as the PC I want to buy next.

The quality of the machine is apparent from the first moment that you take it out of the incredibly large box it arrives in. The clear panel on the side of the Phanteks Enthoo Evolv Micro ATX Case shows that not a single cable is out of place. The cable management is perhaps the best I have ever seen, allowing for a lot of air space and room for expansion. The case itself looks excellent; the strong mental outside will offer solid protection while having the side of the case on hinges makes it easy to get inside and tinker. The minimalist design of the case only adds to the high quality appearance, although I did struggle to find the power button when I first tried to power it on.

The Raptor is powered by one of the best CPUs on the market: the Intel Core i7 4790K, that ChillBlast has even overclocked to run at 4.4GHz. Combined with the Corsair H75 Liquid Cooler, the CPU will run almost anything you can throw at it and not slow down or overheat. Benchmarking software 3DMark and PCMark8 showed that even when pushed to its limits the CPU never became overly hot, meaning it will run any game you could ever want to play. For the record, yes it can run Crysis, I checked.

Powering the images you’ll see on the screen is the nVidia GeForce GTX 960 2GB Graphics Card – a solid card that will again run anything you could think of, despite there being much more powerful cards on offer. Add in 16GB of seemingly unbranded DDR3 RAM and 2TB of storage and you have a machine that will run any currently released game mostly in high settings.

Pushing the PC to its limits will result in the fans making an audible hum, but for the majority of the time it is close to silent. Add in the lack of any notable LEDs and the Raptor becomes the perfect PC for late night games session.

Thanks to the 120GB Samsung SSD, the PC boots up in seconds, as Windows comes pre-installed onto the drive. Being 120GB it also allows you to throw on a couple of other programs or games on there for super quick loading times. A slightly bigger SSD would have been nice as 120GB will fill up quite quickly if you don’t manage it carefully, but for the price of the machine you cant complain too much. Speaking of price, the Fusion Raptor clocks in at £1099. When you consider the price of each of the individual components along with the Windows license, incredible build quality, and having the knowledge that everything will work out of the box, it really is a good deal. You could build a similar PC for just under the £1000 mark, so the extra £100 or so really is a steal for the impeccable build quality alone. Saying that, it is a lot of money to blow on a PC, when a £700 will run all current and upcoming games at a good level and not need upgrading for a few years at least.

So enough about the hardware, lets talk performance numbers. The SSD boot drive sees us hit the Windows desktop in mere seconds, easily less than 15 from pressing the power button. All the tasks that PCMark 8 threw at the machine (ranging from basic browsing to image editing and video calls) were bested incredibly quickly while the beefier 3DMark software informed me that the Raptor performed better than 69% of all other tested PCs.

Frame rates across almost all games I tested remained consistent throughout my time with the machine, even when recording in full 1080p 60fps at the same time. The i7 processor allowed for rapid speeds when doing tasks such as very basic video editing and using the CryEngine SDK.

If you are in the market for a PC and the ChillBlast Fusion Raptor is within your budget, it’s incredibly hard not to recommend. The build quality is best in class, it will run anything you can think of, and it looks great. The price may put people off, but when you actually consider what is inside it you’ll quickly realize it is a great deal.

eSports! I joined God is a Geek all the way back in September 2013 and since then have spent most of my time on Dota 2, and occasionally posting the odd review, news article or totally wrong predictions for The International. When I am not playing Dota I can probably be seen watching some kind of strange eSport or begging for more Twitter followers (@MikeStubbsy if you are interested). Aside from GiaG I am a computing student, football coach and major Apple fanboy.
MORE LIKE THIS
ChillblastTech