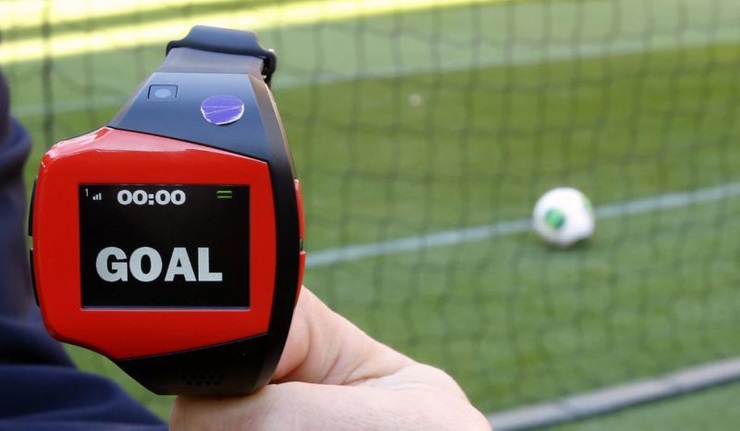 Technology has now become an invaluable part of our lives in the 21st Century through game-changing advancements that provide us with devices that have transformed the way we operate on a daily basis. From mobile phones and tablets to consoles and the latest games promoted at the recent E3 conference, we now have access to the most innovative forms of technology that allow us to be more organised, creative and enjoy playing titles that have us gripped. Entertainment and commercial revenues are not the only industries which have benefitted from innovative advancements; a number of sports have warmed to the inclusion of technology as a way of not only improving the viewing quality on television for millions of fans across the world, but also provide conclusive evidence to settle crucial decisions that could be the difference between victory and defeat. Although some people believe that its inclusion could set a worrying trend for technology taking over every aspect of their favourite sports, the latest advancements have largely been universally popular by those who are able to see more of the action in detail.

Cricket fans across the world are gearing up for the start of the Ashes series, beginning on July 8th, which promises to be one of the most fascinating encounters between England and Australia in recent years. Both teams fancy their chances of taking home the infamous urn, but although victory could come through quality with the bat, ball or in the field, technology may ultimately play a part on determining who comes out on top in each of the five tests.

Fans will be looking to see the latest technology at the Ashes in full swing to accompany systems that have been in place since 2001; Hawkeye was the first piece of technology to be included as a way of showing commentators and fans the direction of a cricket ball when it has been bowled to help umpires make the correct decisions where LBW is concerned. Snick-o-Meter, Hot Spot and the Decision Review System (DRS) soon followed as a way of ensuring umpires come to the correct decision, and although it takes away the element of human error that makes sport so enjoyable and debate-worthy, accuracy is crucial towards securing the correct result. Fans will also be able to see the latest technological system, Ball Spin RPM (revolutions per minute), in action on Sky Sports; there is no indication of how the technology works, but the broadcasting company are able to calculate how fast the ball is spinning once released from the hand of the bowler to show what spinners are capable of, and how difficult it can be for batsmen to play shots.

Television broadcasters have always led the way for the element of technology that could be incorporated into football, but unlike other sports, FIFA have been slow to implement systems that could have prevented hugely controversial decisions from being made. Referees and linesmen remain in control of the game, but the growing number of attempts on goal that were later proven to have crossed the goal-line but not given (Frank Lampard against Germany in the 2010 World Cup, for example) created pressure that ultimately became too much for football’s governing body to ignore any longer. Goal-line technology finally came into play in 2012, with HawkEye and GoalControl, both rigorously tested and approved by FIFA, utilising the use of fourteen 4D cameras placed around a stadium to accurately show whether the ball has crossed the line from a number of angles. This is accompanied by electronic devices worn by referees and linesmen which tells them whether or not the ball has crossed the line, essentially solving the problem that officials have of seeing the ball at full speed or from certain viewpoints.

Goal-line technology has been accompanied by a vanishing spray that was first introduced at the 2014 World Cup in Brazil as a way of creating a visual marker for referees to indicate the minimum distance that players should be from the ball during a free-kick. The temporary foam, which evaporates after a minute, has proved hugely effective in eliminating the previous problem with players encroaching and not being ten yards away from the ball, and is now being used in major domestic leagues and tournaments.