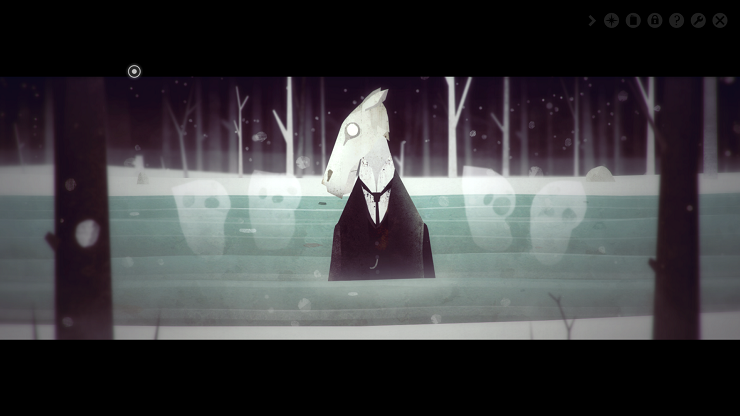 Simogo have teamed up with Dakko Dakko to bring their acclaimed creepy iOS puzzle game, Year Walk, to Wii U.

For those unfamiliar to Year Walk, it’s a puzzle game / walking simulator that has you moving around the environments solving little puzzles in a spooky wood in 19th century Sweden.

It is a quite unsettling experience I can assure you, but one that is very much worth playing. And here it is coming to Wii U and making use of the second screen afforded by the gamepad.

New features in this version include:

I’m intrigued enough to be considering giving the game another go. Despite the fact that I know there are a couple of points that are not nice to witness.

Check out the rather disturbing trailer below.

A lover, not a fighter and an all round good guy (he would say that, he wrote this after all), he's happy to be here as part of GIAG.
MORE LIKE THIS
Dakko DakkonintendoSimogoWii U

Scram Kitty and his Buddy on Rails Out On May 15th