previous
Persona 4: Dancing All Night UK Release Date Apparently Leaked By Amazon
random
next
We Asked Some of the Biggest Names in Dota to Predict The TI5 Winners
0 comments 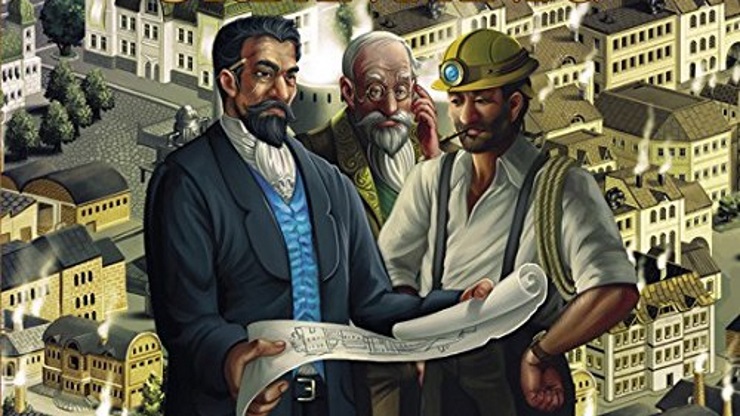 Krzysztof Matusik is a game designer who dreams big. In his game, Urban Panic, you are a city developer, looking to design the perfect metropolis for your residents, while taking into account certain key factors that will guarantee your final success. In basic terms, this is akin to a deck-building game along the lines of Dominion, where player interaction is reduced to a minimum and the winner is decided at the very end, with the chance for bonuses to come into play and upset the final result. It does bring some interesting mechanics to the table, but overall, it is a very pedestrian affair.

One of the first things you will notice about Urban Panic is the pamphlet sized instruction booklet. This is by no means a bad thing, as anyone who has gone through a Fantasy Flight instruction manual can testify that spending one third of your gaming time reading a manual is not great, especially if half the time, any rules are superseded by what is written on the action cards. What this also means is that as far as learning to play Urban Panic goes, you’ll find that the main premise of the game is very easy to pick up and it’s therefore not too difficult to see the intricacies of the mechanics. Gameplay itself is a straight forward affair. Each player is given a board that has its own five by five grid of squares. This acts as the player’s own little plot of land to build their city on. A larger central board contains a score tracker, spaces for goal cards and four spaces that hold the city tiles you must pick during your turn to construct your little metropolis. The tiles represent different types of areas that can be built, so there will be apartments for housing, offices for employment, amusement parks for entertainment, factories for the economy, and placing a tile on your city board will have positive and negative effects on multiple factors. So while a factory helps with revenue, it will have a detrimental effect on the ecology and also happiness.

With every player picking from the same four available tile slots, planning is possible but is subject to changes if another player takes your coveted tile. Tiles that are placed are then scored accordingly based on the factors they effect, moving markers up and down the points scale. It means you’ll need to make sure you have the right balance of tiles on your board, which can have players scrabbling for the same tiles. You also need to make sure that all your tiles connect to the city centre, almost like some kind of large city snake, or you’ll lose valuable tiles that don’t connect at the final count. During a turn, you have three available actions, all labelled as particular jobs within the planning office. You have to use the Architect action, which allows you to take a tile from the main board and place it in one of three reserve spaces onyour city board. You can then use the Planner action to take a piece from your reserve space, or the Engineer action which allows youto change the place of two tiles on yourr board or change it with a tile from the reserve pile. The Mayor has one of the few powers that can make things difficult for the opposition, as they can remove all the tiles on the main game board to be replaced by new ones. Removed tiles are completely discarded from the game. These actions keep going until someone has filled up their city board or you run out of tiles.

When the end is reached, its time for the players to calculate their final score based on the what has been tracked so far, remove points based on unemployment and then add any additional bonuses if they have fulfilled certain criteria. The winner is the player with the most points.

Its very straightforward, it’s all very polite and unfortunately never really came close to creating the panic of the title. As with all games where there’s a minimum amount of interaction between the players, the challenge, pressure and stress needs to come from the mechanics of the game itself and Urban Panic doesn’t bring that to the table. Resources are plenty, so even if everyone uses the Mayoral power on a regular basis, it’s really difficult to use up all 120 tiles by the end of the game. So in the times I played, everyone managed to fill up their board and it was only through use of the bonus cards that anyone was able to claim a late victory as there were still over thirty tiles left in the kitty. There is an additional power in the advanced rules which brings in the spy, who allows you to take another player’s tiles from the reserve, but nothing that can effect what they already have in play on their board. There is no killer move where you can break someone’s chain of buildings and thus wipe out most of their points. In-game competition simply doesn’t seem to exist. Points tracking can also be complicated, but only because one tile will increase and decrease the score across several of the factors, so make sure your counting skills are up to speed.

While Urban Panic isn’t going to win awards for in-game stress that you get in the likes of Dead of Winter, or cause mathematical headaches like Power Grid, it is an enjoyable game that ticks along while you chat and catch up. Its artwork is rather beautiful, simple and well-presented. The game itself is very easy to pick up and play and doesn’t require the normal half-hour rule refresh when the box is reopened for a second and third time. Urban Panic simply wont bring you what it claims in its title, but it will bring you a game that you could probably entice your non-board game friends to dip into.