previous
Ten Games that need to come back
random
next
StarCraft II: Legacy of the Void Gets Release Date
0 comments 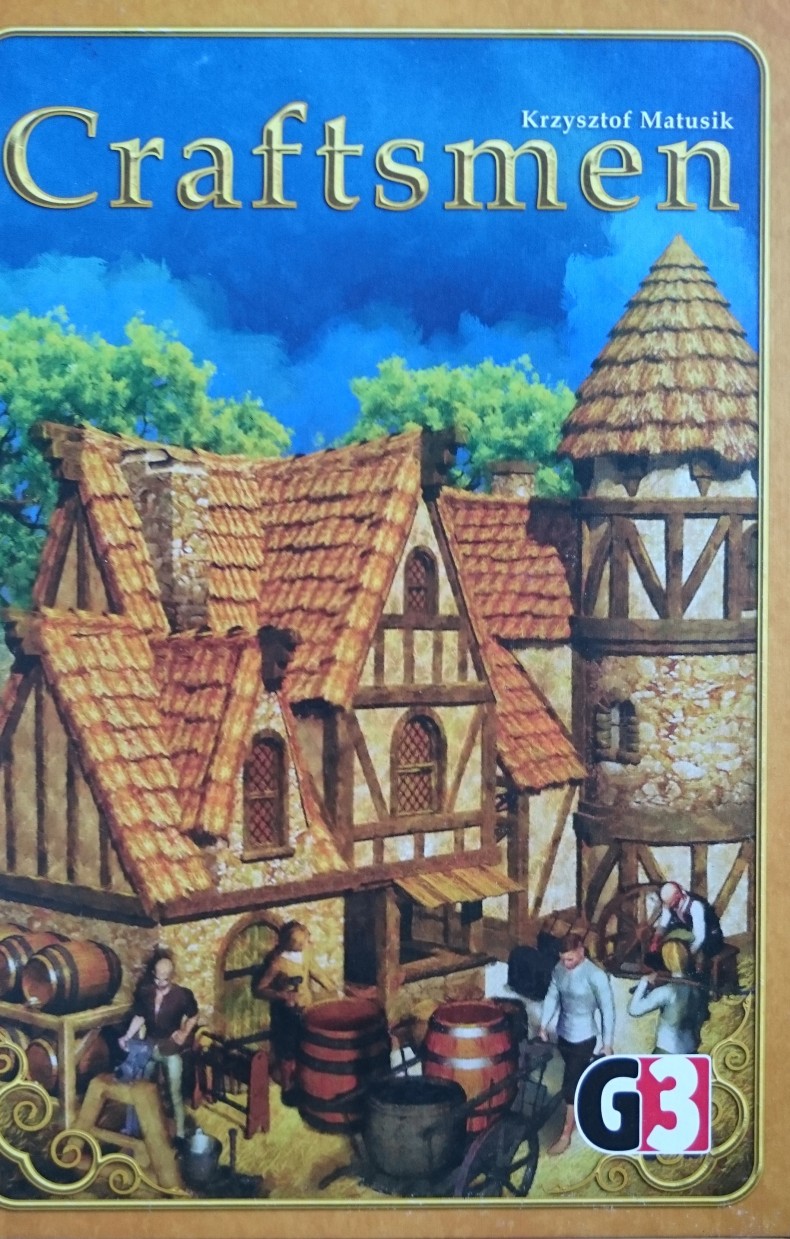 Craftsman is a large step up from the family-friendly fun to be found in Urban Panic. It’s almost like Krzysztof, towards the end of a party, sent the kids to bed, reached into the cupboard, placed Craftsman on the table and announced to the remaining guests that it was time for the adults to play something a bit more complicated. Craftsman is a game full of frustration for all of the wrong reasons, but is still worth some of your time. It is the perfect example of a game that needs to “click” with you, and there are a few major barriers that impede that from happening.

The premise is simple: the mayor of a small town has decided he wants to increase the riches of the place and so employs a group of administrators to the task in hand. Given three years and five helpers to assist in the task, you as the administrators have to gain appreciation points from the mayor with the goal of finishing the game with the most points and beating your rivals.

You gain appreciation points by shipping goods from the town, growing the size of the city, having products in the storehouse and by outright buying them from the mayor. It’s an interesting mechanic as you are rewarded not just for producing goods and shipping them out, but for the processes you have to carry out in order to produce the goods in the first place. The processes at the beginning will seem long and laborious because Craftsman is about the slow build and the eventual gain. The easiest way to describe is that you are building up a production line, constructing facilities to change raw materials into half products then on to full products before you ship them out. At any point you are possibly juggling two or three production processes at the same time and you have a limited amount of helpers to decide what you are going to concentrate on for that particular turn. This is where the first layer of tactics come in. There are six possible areas you can place one of your five helpers. So you could build/buy a basic building. Or you could produce some raw materials to create half or full products. But you can’t produce raw products unless you have some place to put them and you might not have the buildings you need to create a full chain to the full product. You might be able to buy a building, but you can only link it with another building if they both display the same colour.

Everyone takes turns to place one of their helpers in the sections they want to work on, and spaces are limited and provide certain bonuses depending on which one of the slots you put your helper in. Then, dealing with a section at a time, you carry out the actions relevant for that section. Each of the sections has its own “official name” representing a guild and therefore what you are able to do. The Bankers’ Guild gives you money per round, while the Builders’ Guild allows you to raise a basic building. The Traders’ Guild section allows you to purchase a half product that you can then use to create a full product down the line. These end products can then be shipped out for appreciation points, but you can also buy appreciation points or earn them through the buildings you have. Confusion comes as standard. Craftsman reminds me of Rex in some respects, in terms of how clunky the instruction manual is over the potential gracefulness of the game itself. Where Urban Panic had a manual that was the size of a pamphlet, Craftsman’s manual is twelve pages, tiny font, packed to the gills with information. It may seem small in comparison, but this isn’t a game where you can read over the manual then get stuck in and play. We made several attempts to play Craftsman and made the mistake of reading the rules and then trying to jump in, realising very quickly that this simply wasn’t the way to learn how to play.

We resorted to reading a section and then playing that section, leading to a very disjointed and long first play session which in all honesty was anything but entertaining. A couple of the group that were involved in that play through even declined to join the second time because the damage had already been done. Craftsman had given them the impression it was there to be wrestled with and rule-checked every inch of the way. Like Rex, once the game had been played a number of times, the overall simplicity of the mechanics started to become clearer. You have to approach Craftsman aware of the long game from the beginning, knowing that you are setting up a full production line that ends in a boat on the sea. Once you grasp that and if you persevere, you’ll find that in reality it’s a game that isn’t that complicated but can flow extremely well with the need to think tactically on several levels.

The artwork is simplistic but very well presented, and has the same charm as Urban Panic. The board can be slightly confusing, as all the sections for guilds contain graphical aide de memoires that can be difficult to decipher on first viewing, but become helpful as you get to know the game. The card stock is standard and the wooden pieces aren’t anything to write home about.

Overall, Craftsman requires a lot of patience to learn and more than a couple of play-throughs to fully grasp. There will be people who will play Craftsman once and once only simply because it will not click with them. It is certainly worthwhile persevering with, because once you get though the rules and explanations and the constant checking of the manual, you will find a multi-layered tactical resource management game waiting to eat up hours of your time.