previous
ArenaNet Launches Guild Wars 2: Heart of Thorns Expansion
random
next
Just Cause 3 is great fun, here's a video to prove it
1 comment 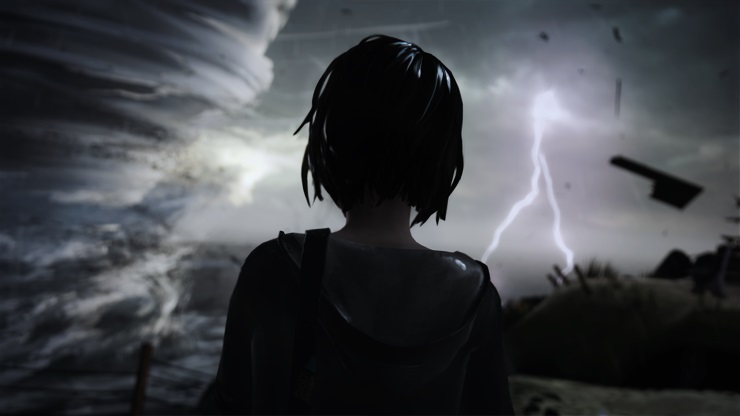 Warning: this article contains major spoilers for Life is Strange Episode 5. If you haven’t play it yet but are planning to DO NOT read the below. Seriously, this is spoilery, even the headline warns you of this. If any of you complain in the comments we’ll set Rich on you. You have been warned.

That’s it, it’s over. The adventures of Chloe and Max are over, and it’s left a great big empty hole in me. Gut punches are not new where Life is Strange is involved. Whether it’s seeing Chloe paralysed after preventing her father’s death, when she asks you to end her life, or seeing her die at the hands of Mark Jefferson at the end of episode four. The game brings Max and Chloe closer together constantly, and you by proxy, which makes these moments all the more poignant when they occur.

It shouldn’t be a surprise then, that most of those moments involve Chloe (aside from episode two, where you decide if Kate Marsh lives or dies). Which brings us to how episode five ends. You see, all of Max’s time rewinding and hopping has caused this storm to come to Arcadia Bay, one where several people will die should it occur. Max caused it, and exacerbated it, because she wanted to save her friend.

Before all this though, Max has to escape the clutches of the big bad guy causing all the disappearances in Arcadia Bay. This was revealed to be Mark Jefferson at the end of episode four. The guy is a world renowned photographer, but he has a dark side. He likes to drug girls and take photos of them while they border on the verge of consciousness, as that’s when he considers them to be the most ‘pure’. Considering how he was before episode four ended, this still feels like quite a shock, even moreso when he calls Max a ‘cunt’. This opening is over rather quickly, as Max escapes by manipulating the past through one of her old photos. The resultant happiness washing over her fades quickly though when she remembers the storm that hits while she’s away, once again placing Chloe in danger. Fixing this places Max in danger again as Chaos Theory takes hold and an unforeseen circumstance lands her back in Jefferson’s clutches. It becomes clear that a happy ending is just not going to happen.

You see, what escaped my attention through Life is Strange and didn’t hit me until the end is that it is Chloe’s destiny to die. You’ve been staving off her inevitable death since episode one – over and over again her life is threatened, and you rewind to prevent it time and again – and the only way to save the town and the people in it is for Chloe, and Max, to accept Chloe’s fate and allow her to die. When you’re confronted with that choice it hits you, hard. Throughout the last five episodes you’ve grown to love Chloe, she’s amazing, but you’ve also come to love the surrounding cast of characters, and saving Chloe will see them all wiped out.

There’s also the fear of the unknown, you’ve been keeping Chloe alive despite the fact fate wants her dead, so if you choose to sacrifice the town over her, what is the guarantee that she will remain safe? Will you have to keep bailing her out as the days go by? It is truly a tough decision.

Max’s love for Chloe throughout the series has been unrequited. It’s obvious that Chloe likes Max, but her hang up on Rachel Amber means Chloe is always just out of reach of Max’s affections. There’s this hoo-haa of whether Max is straight or gay, and the answer is, well, no. Max is quite obviously bisexual, she has feelings for her friend Warren, but her feelings are stronger for Chloe, that much is obvious. It is possible to play her straight, gay or bi, but considering the final binary choice at the end, and what happens as a result of either choice it’s obvious that Dontnod always saw Max and Chloe as a potential couple. It’s just a shame that Max’s love is only returned when Chloe finally let’s go of Rachel and convinces Max to allow her to shake off her mortal coil and allow fate to take her away. Leading up to this grand climax is one of the best sequences I’ve seen in videogames. Taking many queues from Hideo Kojima’s directorial style we go on a journey into Max’s mind as her feelings of the last week all catch up with her at once. We discover her darkest thoughts as she doubts herself and her connections with her friends. It’s through this segment where the foreshadowing throughout the series becomes blatantly apparent, and makes it obvious as to what decision Dontnod wants you to make when that final choice comes up on screen. I was stunned, I didn’t want to make the choice any more than Max did, I had to walk away, I needed time.

Whatever you decide, it is your choice. One option will wipe out every decision you’ve made over the course of the five episodes, robbing Max of her best friend, but saving everyone in Arcadia Bay. The other option means all your choices stay, but everyone you know is gone, except for Chloe. This is all yours to own, and whatever you choose, that is correct. It’s Dontnod’s story, but it’s been your journey through Max.

I’ve loved Life is Strange, and I’m really sad it’s over. It was a truly beautiful surprise when it arrived, and it’s been wonderful to be part of it. I really look forward to what Dontnod do next, but here and now, they’ve given me my game of the year. Thank you Dontnod, and thank you Square Enix for giving them the chance.